A new model for how the brain perceives unique odors

by The FINANCIAL
in Education
0 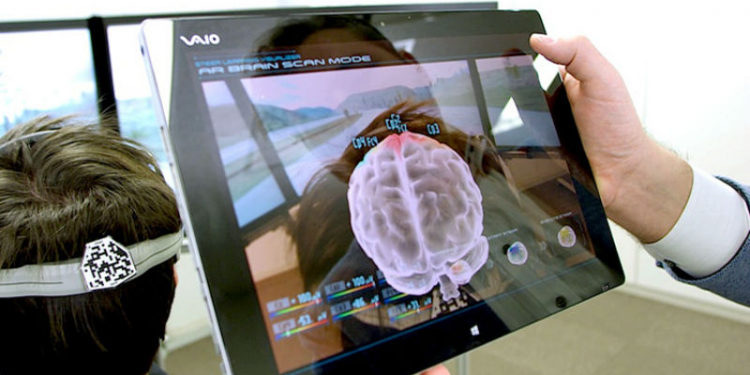 Using statistical physics and insights from biology, this research can help inform new hypotheses and experiments towards understanding the olfactory system, a complex and crucial pathway of the brain.

study published in PLOS Computational Biology describes a new model for how the olfactory system discerns unique odors. Researchers from the University of Pennsylvania found that a simplified, statistics-based model can explain how individual odors can be perceived as more or less similar from others depending on the context. This model provides a starting point for generating new hypotheses and conducting experiments that can help researchers better understand the olfactory system, a complex, crucial part of the brain.

The sense of smell, while crucial for things like taste and hazard avoidance, is not as well studied as other senses. Study co-author Vijay Balasubramanian, a theoretical physicist with an interest in how living systems process information, says that olfaction is a prime example of a complex information-processing system found in nature, as there are far more types of volatile molecules—on the scale of tens or hundreds of thousands—than there are receptor types in the nose to detect them, on the scale of tens to hundreds depending on the species.

When agreeing to disagree is a good beginning

How can women build high-status networks?

Most precise accounting yet of dark energy and dark matter

“Every molecule can bind to many receptors, and every receptor can bind to many molecules, so you get this combinatorial mishmash, with the nose encoding smells in a way that involves many receptor types to collectively tell you what a smell is,” says Balasubramanian. “And because there are many fewer receptor types than molecular species, you basically have to compress a very high dimensional olfactory space into a much lower dimensional space of neural responses.”

Previous experiments have found that context plays a key role in navigating this high-dimensional space, with context referring to specific outcomes, locations, behaviors, or activities, such as smelling a batch of cookies baking and then eating one shortly thereafter. “If you experience odors in a similar context, even if they were initially rather different in the responses they evoked in the nose, they begin to be represented by similar neural responses so they become the same in your head,” Balasubramanian says.

But theories and models that describe how odor perception can change depending on context have been challenging to develop because incorporating the complexities of the brain is difficult. In this study, Balasubramanian, Gaia Tavoni, a former postdoc in Penn’s Computational Neuroscience Initiative and now an assistant professor at Washington University in St. Louis, and David E. Chen Kersen, an M.D.-Ph.D. student at Penn, tried a simpler approach that incorporated unstructured, random feedback between the central brain and the olfactory bulb.

“Imagine that each context provides some sort of random pattern of feedback, and then these random patterns are fed forward into the central brain. We asked ourselves if the statistics of randomness could produce the kinds of convergence and divergence in neural representation of odors that are seen experimentally,” Balasubramanian says.

To encapsulate as much complexity in their model as possible, the researchers combined two approaches. One is more typical of work in physics and involves breaking down a system into only its essential features in order to do calculations and understand key principles. The other is more aligned with methods from biology and incorporates as many known inputs as possible, which here included data on brain anatomy and physiology, neuron ion channel dynamics, electron micrographs, and the detailed 3D geometry of the olfactory bulb.

The researchers found that their simplified model could be used to reproduce the same types of results seen in olfaction experiments. It’s something that Balasubramanian did not expect to see, as he thought that such a complex process would require “learning and plasticity” in order to adapt and change neural synapses to modify the brain’s representation of smells. “We may have found a general strategy of using certain kinds of randomized signals to entrain those effects,” he says about their results. “It doesn’t have to be just olfaction; it can be elsewhere, too.”

In the future, the researchers hope to connect the results of their statistical model to experimental results. One specific area of interest is how increased cortical excitability, which occurs in certain neurological conditions such as Alzheimer’s disease, impacts how different odors are perceived. In addition, having these types of models and theories could also help researchers gain a better understanding of smell impairment after COVID-19.

“Good theories and models open up new avenues of research, and it’s much easier to explore at the beginning in silico,” says Balasubramanian.

Vijay Balasubramanian is the Cathy and Marc Lasry Professor in the Department of Physics & Astronomy in the School of Arts & Sciences at the University of Pennsylvania.

This research was supported by the Simons Foundation Mathematical Modeling of Living Systems (Grant 400425) and the Swartz Foundation.

The alumni of 12 leading girls’ public schools are 20 times more likely to reach the most powerful elite positions...

When agreeing to disagree is a good beginning

How can women build high-status networks?

Most precise accounting yet of dark energy and dark matter