by The FINANCIAL
in Russian Invasion of Ukraine, WORLD
0

Russian propaganda machine is actively using its media channels to spread fake information about Ukraine and Ukrainians. To broaden its influence Kremlin sponsors english language newswires and TV Channels. The “brilliant” example of Russian fake story is one reported recently by Ukrinform.

It’s a story about Ukrainian fans who, according to propagandists, allegedly painted a Nazi salute and a “Hitler’s” mustache on a banner with the World Cup mascot Laiba, during the XXII FIFA World Cup in Qatar.  It was also reported that the group were arrested after they had already vandalized 10 posters. What’s more, it was allegedly Al Jazeera that initially posted the video, the Russians claimed. 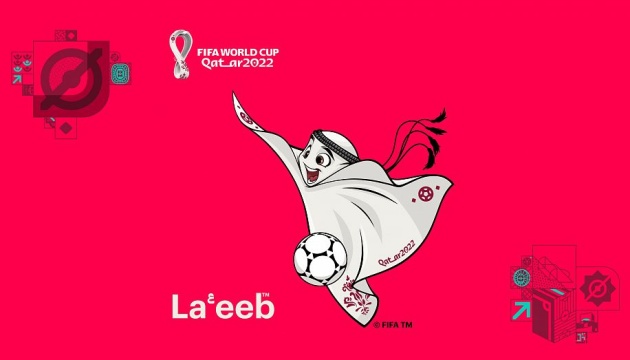 The Embassy of Ukraine in Qatar quickly reacted to the fake spin: Ukrainian diplomats found that during the World Cup in Qatar, no citizen of Ukraine was detained for committing unlawful acts. It was also established that Al Jazeera published no such reports.

“We immediately found out from the competent authorities of Qatar that during the World Cup, no citizen of Ukraine was detained for committing unlawful acts in the host country. In the conversation with the Al Jazeera management, we also received information that the outlet did not report on the detention of Ukrainian citizens, does not have information about this, and did not grant anyone permission to use its logo,” the embassy said in a statement.

After that, the Al Jazeera itself confirmed that the video spread by propaganda platforms is an absolute fake.

“A video on social media attributed to Al Jazeera has been circulating referring to the arrest of Ukrainian fans during the FIFA World Cup. The video in question is completely fake and Al Jazeera has never published any news related to this story,” Al Jazeera said.

According to Center for Strategic Communication and Information Security among the publications, topics on front line developments, economy, and energy were most frequently covered. Instead, the sanctions were slightly less highlighted, although the same trend, according to LetsData monitoring, was found on all continents between September 12 and 25. For example, in North America and Africa, the topic of sanctions comes fourth, and in Europe – fifth, giving way to the same topics as in Latin America, as well as the EU.

It is worth noting that RT was not popular among the cited propaganda media. For example, in the said period, only 3.8% accounted for its quoting in Mexico’s online media. The most quoted in Mexico, Brazil, and Argentina were TASS, Ria Novosti, and Sputnik.

How they call Russian war on Ukraine

“Conflict” and “special military operation” remain in the toxic vocabulary in the information field of Latin America for the designation of the Russian war on Ukraine.

In Mexico, Argentina, and Brazil, the use of the word “conflict” prevails; less often, but still, the use of “special military operation” is present.

The use of “special military operation” to designate the war of Russia against Ukraine is in any case a dangerous option. For example, the absence of quotation marks indicates the reproduction of Russian narratives, while its use as a quote, on the one hand, proves inappropriateness of the term and on the other — the citation of Russian sources.

Russian propaganda messages that are being promoted

The most common topics of Russian propaganda in online media across Latin America concerned the nuclear threat, Russophobia, calls for peace talks, and China’s support for the Russian war against Ukraine. In particular, in Brazil, Mexico and Argentina, the following was reported:

“Russia accuses the West of a nuclear threat”

“The Ukrainian counterattack led to the Russian nuclear threat”

Armenian commercial banks recorded record profits in 2022, the sector profiting handsomely on the back of the Russia-Ukraine war, Eurosaianet...