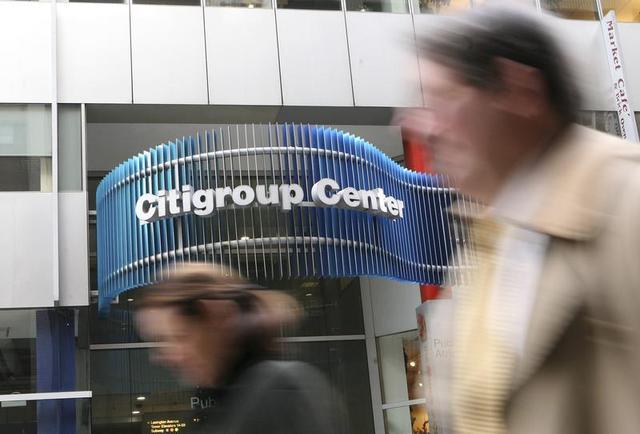 Michael Corbat, Citi CEO, said, “We continue to navigate the effects of the COVID-19 pandemic extremely well. Credit costs have stabilized; deposits continued to increase; and revenues are up 3% year-to-date. Our Institutional Clients Group again had very strong performance, especially in Markets, Investment Banking and the Private Bank. The backbone of our global network, Treasury and Trade Solutions experienced strong client engagement in the face of low interest rates. Although Global Consumer Banking revenues remained lower as a result of the pandemic, we did see higher activity in our mortgage and wealth management products.

“Our capital position strengthened during the quarter with our Common Equity Tier 1 ratio increasing to 11.8% and our Tangible Book Value per share increasing to $71.95. We remain committed to returning capital to our shareholders, subject to the industry-wide approach determined by the Federal Reserve.

“We are committed to thoroughly addressing the issues contained in the Consent Orders we entered into last week with the Federal Reserve and the Office of the Comptroller of the Currency. These investments will not only further enhance our safety and soundness, they will result in a digital infrastructure that will improve our ability to serve our clients and customers and make us more competitive,” Mr. Corbat concluded.

Citigroup revenues of $17.3 billion in the third quarter 2020 decreased 7%, primarily reflecting the lower revenues in GCB and Corporate / Other, partially offset by the higher revenues in Fixed Income Markets, Investment Banking, Equity Markets and the Private Bank.

Citigroup operating expenses of $11.0 billion in the third quarter 2020 increased 5%, as the civil money penalty, investments in infrastructure, risk management and controls, higher compensation and COVID-19 related expenses more than offset efficiency savings and reductions in marketing and other discretionary spending.

Citigroup cost of credit of $2.3 billion in the third quarter 2020 increased 8%, largely reflecting an increase in ICG allowance for credit loss (ACL) reserves, partially offset by decreases in GCB and Corporate / Other.

Citigroup net income of $3.2 billion in the third quarter 2020 declined 34%, driven by the lower revenues, the higher expenses, the higher cost of credit and a higher effective tax rate. Citigroup’s effective tax rate was 20% in the current quarter compared to 18% in the third quarter 2019, reflecting the impact of the non-deductible civil money penalty this quarter.

Citigroup's end-of-period loans were $667 billion as of quarter end, down 4% from the prior-year period, as reported and excluding the impact of foreign exchange translation6, driven by declines across GCB and ICG, and the continued wind-down of legacy assets in Corporate / Other.

Citigroup's end-of-period deposits were $1.3 trillion as of quarter end, an increase of 16% from the prior-year period, as reported and in constant dollars6, driven by a 17% increase in GCB and a 16% increase in ICG.

Citigroup's book value per share of $84.48 and tangible book value per share of $71.95 each increased 4% versus the prior-year period, driven by net income. At quarter end, Citigroup’s CET1 Capital ratio was 11.8%, up from the prior quarter, driven by net income, partially offset by an increase in risk-weighted assets. Citigroup’s SLR for the third quarter 2020 was 6.8%, an increase from the prior quarter. During the quarter, Citigroup returned a total of $1.1 billion to common shareholders in the form of dividends.

GCB revenues of $7.2 billion decreased 13% on a reported basis and 12% in constant dollars, as strong deposit growth and momentum in Asia wealth management was more than offset by lower card volumes and lower interest rates across all regions, reflecting continued impact from the COVID-19 pandemic.

Asia GCB revenues of $1.6 billion declined 12% on a reported basis and 13% in constant dollars, as lower card purchase sales and lower interest rates were partially offset by strong investment revenues.

GCB operating expenses of $4.2 billion decreased 3% on a reported basis and 2% in constant dollars, as lower volume-related expenses, reductions in marketing and other discretionary spending and efficiency savings were partially offset by increases in COVID-19 related expenses.

GCB cost of credit of $1.6 billion decreased 20% on a reported basis and 19% in constant dollars, including an ACL release driven by reduced loan volumes and lower net credit losses given high levels of liquidity in the U.S., lower spending and the benefits of relief programs.

GCB net income of $1.1 billion declined 30% from the prior-year period on a reported basis and 29% in constant dollars, driven by the lower revenues, partially offset by the lower cost of credit and the lower expenses.

ICG net income of $2.9 billion decreased 10%, as the revenue growth was more than offset by higher cost of credit and expenses. ICG operating expenses increased 3% to $5.8 billion, driven by continued investments in infrastructure, risk management and controls, as well as higher compensation costs. ICG cost of credit included net credit losses of $326 million, compared to $110 million in the prior-year period, and an ACL build of $529 million compared to a build of $43 million in the prior-year period, reflecting the impact of continuing uncertainty surrounding the macroeconomic outlook.