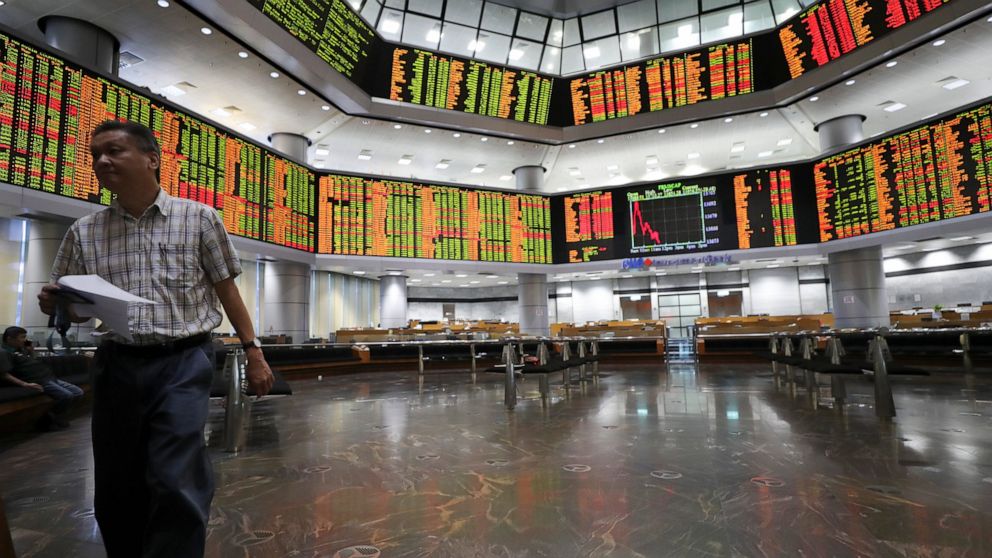 The FINANCIAL -- Global stock markets were mixed Monday after the fact that Wall Street turned in its biggest weekly decline in more than two months. London and Frankfurt opened higher. U.S. futures were lower. Benchmarks in Shanghai, Tokyo and Hong Kong retreated while Seoul and Sydney gained. Southeast Asian markets were mixed. On Wall Street, the benchmark S&P 500 index lost 0.8% on Friday, breaking a streak of gains.

Investors have been encouraged by hopes for a coronavirus vaccine and central bank infusions of cash into struggling economies. But forecasters warn the rise in prices might be outrunning uncertain economic activity as case numbers rise in the United States and some other countries. Some are re-imposing anti-disease controls that disrupt business, as CTV News reported.

Mizuho Bank said that the question now is whether there will be a sustained unwinding in this forthy market, or if conviction about fresh central bank liquidity and fear of missing out kicks in once again. “One possible sign the decline might be temporary: demand for government bonds and other assets considered safe havens in an extended down market "has not come flooding back in," he added.

The Shanghai Composite Index lost 0.6% to 3,336.69 while the Nikkei 225 in Tokyo shed 0.4% to 23,103.74. The Hang Seng in Hong Kong was down 0.3% at 24,621.46. The Kospi in Seoul advanced 0.6% to 2,381.82 and Sydney's S&P-ASX 200 added 0.2% to 5,934.60. New Zealand advanced while Singapore and Jakarta declined. Wall Street's slide on Friday followed a Labour Department report that showed US hiring slowed to 1.4 million last month. That was fewest jobs added since the economy started bouncing back from the initial shock of the pandemic. The United States has recovered about half the 22 million jobs lost to the pandemic, according to Business Today.

William Delwiche, an investment strategist at Baird, a financial firm in Milwaukee, said investor optimism had driven share prices up — perhaps higher than investors were comfortable with, considering the serious economic challenges still posed by the coronavirus pandemic. “The market had gotten ahead of itself and had gotten ahead of the economy, and I think this is a little bit of a reflection of that,” Mr. Delwiche added.

Investors have been optimistic about the tech companies, whose market dominance and online business models appear poised to benefit from the prospect of a work-from-home world. Before Thursday’s tumble, Amazon was up more than 90 percent this year, Apple more than 80 percent, Microsoft and Facebook nearly 50 percent, and Alphabet nearly 30 percent. The race to pick up tech shares has pulled in millions of new small investors. Many of them have opted not to buy actual shares but instead to make options trades, which are essentially leveraged bets on where share prices will go, as reported by The New York Times.

“We view the latest selloff as a bout of profit-taking after a strong run,” said Mark Haefele, chief investment officer at UBS Global Wealth Management, in a note Friday. “Stocks have had a nervy start to trading Monday after the massive two-day slide for global equities since June left investors on edge,” Stephen Innes, chief global markets strategist at AxiCorp, wrote in a note Monday. “In the short-term, more so with U.S. markets closed today, it should remain an extremely choppy affair, with bounces likely being sold by design.” – according to Market Watch.

Oil prices dropped to their lowest level in more than a month after Saudi Aramco said on Sunday that it would cut prices on crude shipments to Asia. Brent crude, the international benchmark, fell 1.5 per cent to $42.02 a barrel while US marker West Texas Intermediate declined 1.7 per cent to $39.09 a barrel, Financial Times wrote.