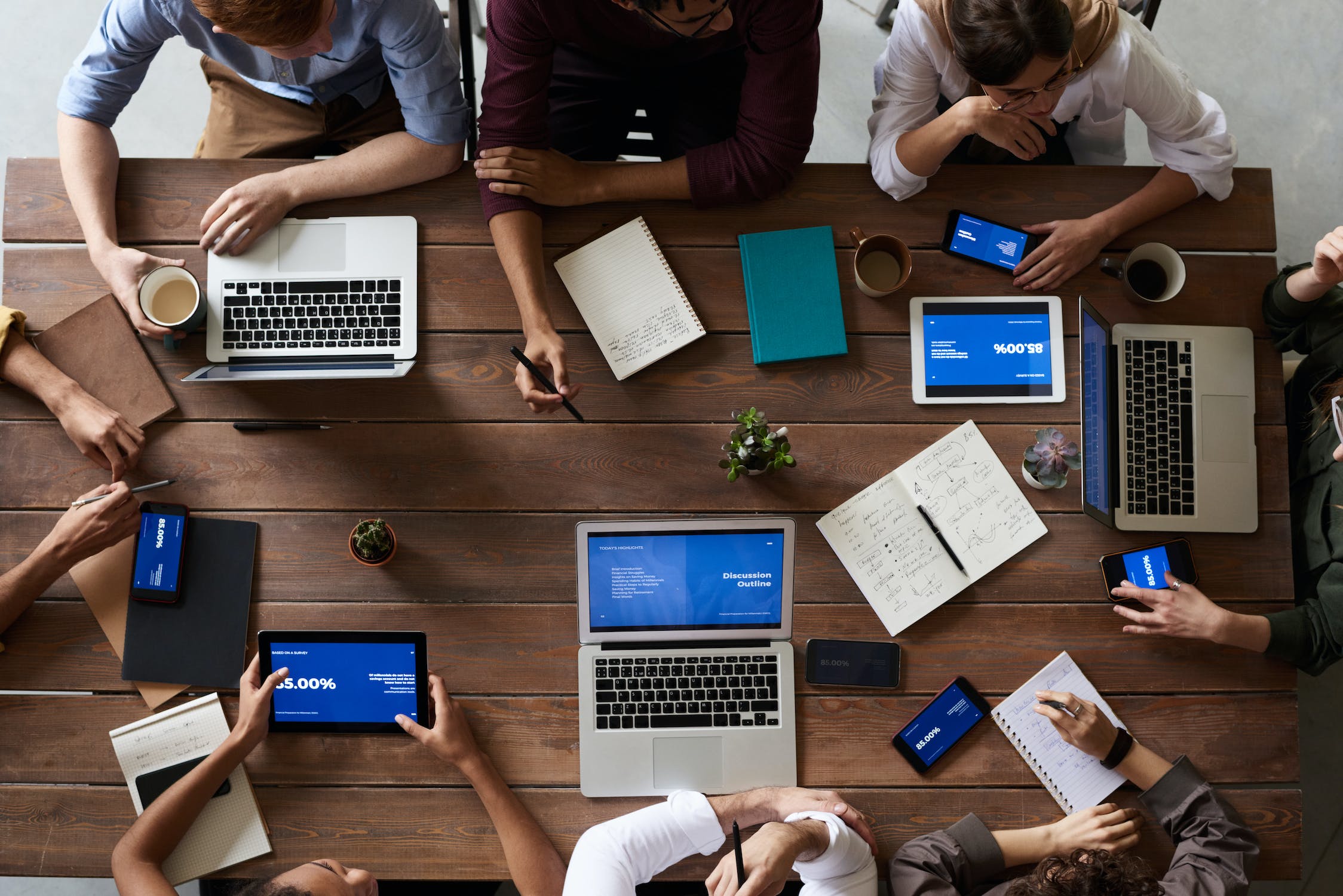 The FINANCIAL -- The third quarter of 2020 saw a partial recovery of world trade in manufactured goods, led by electronics, textiles and automotive products, as production resumed and lockdown measures were eased in major economies, new World Trade Organization statistics show.

Trade in manufactured goods was down 5% year-on-year in the quarter from July to September, much closer to pre-pandemic trade levels than the second quarter's 19% shortfall. Computers and electronic components saw double-digit trade growth, as did shipments of textiles, which were boosted by demand for face masks. 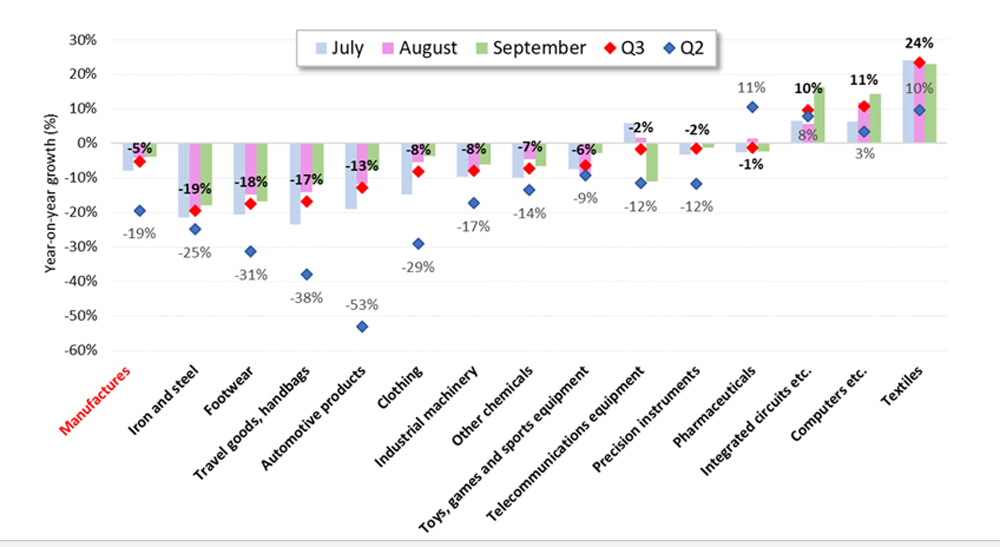 Clothing trade also showed signs of resilience in the third quarter, with shipments down just 4% year-on-year in September as imports picked up in North America and Europe. In comparison, trade in July was down 15% compared to the same month in 2019. Trade in toys, games, sporting equipment and travel/luxury goods also recovered over the course of the third quarter, although they too remain below pre-pandemic levels. The recovery in footwear trade, however, appears to have stalled.

Trade in telecommunications equipment, which includes smart phones, improved year-on-year in the third quarter compared to the previous quarter, but surprisingly fell by 11% in September compared to the same month in 2019, as Chinese exports declined by 13%. This development may suggest a saturation of the market. In contrast, trade in computers and electronic components, which had already recorded positive growth in the second quarter, accelerated in the third quarter by 11% and 10%, respectively.

After growing at an average rate of 10% in the first half of the year, trade in pharmaceutical products contracted by 1% in the third quarter. This appears to indicate an end to stockpiling, particularly in Europe, where COVID-19 cases dropped significantly over the summer.

Trade in personal protective equipment (PPE) — not shown in the chart — continued to grow rapidly, rising by 63% in the third quarter compared to the year before, with trade in face masks, largely fabric masks, up 102%. In the first nine months of 2020, nearly 60% of face masks were supplied by China.

Total merchandise trade — which includes fuel and agricultural products as well as manufactured products — in the period from January to September was down 11% year-on-year. Trade in manufactured goods, for which prices are less volatile than commodities, contracted by 10% on average in the first nine months of 2020. The value of trade in fuels and mining products saw sharp declines in the third quarter due to falling prices, while trade in agricultural products remained resilient due to sustained demand for food during the pandemic. 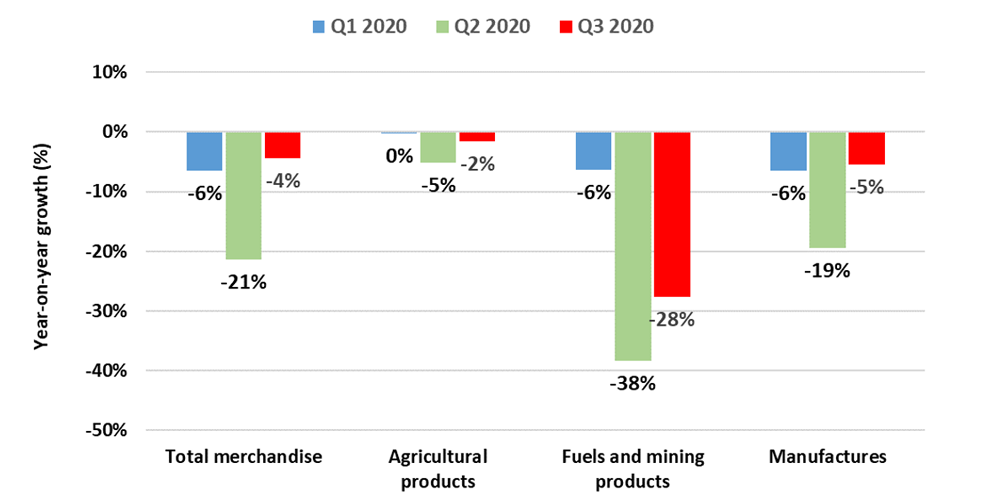 Source:   WTO estimates.
These figures are broadly consistent with the WTO's most recent trade forecast of 6 October, which projected a 9.2% decline in the volume of world merchandise trade in 2020. In particular, the forecast predicted a rebound in trade volumes in the third quarter following a precipitous decline in the second quarter.

By contrast, services trade remained depressed, down 17% year-on-year in September after registering declines of 23% in July and 22% in August compared to the same months in the previous year. These estimates are based on preliminary statistics of 39 economies representing more than two-thirds of global services trade. Figures for the third quarter, which will cover a larger pool of economies, are expected to be released in late January.

Although the fall in services trade appears to have bottomed out as travel restrictions on intra-European travel were lifted over the summer, most economies continued to record sharp declines. In September, services exports from the United States were 27% below pre-pandemic levels, while China's services imports were down by 18% year-on-year. The resurgence of COVID-19 in the autumn has put recovery on hold. By contrast, the availability of a vaccine and its manufacturing, transport and distribution will contribute to the recovery of services trade in 2021, both directly and by facilitating travel. 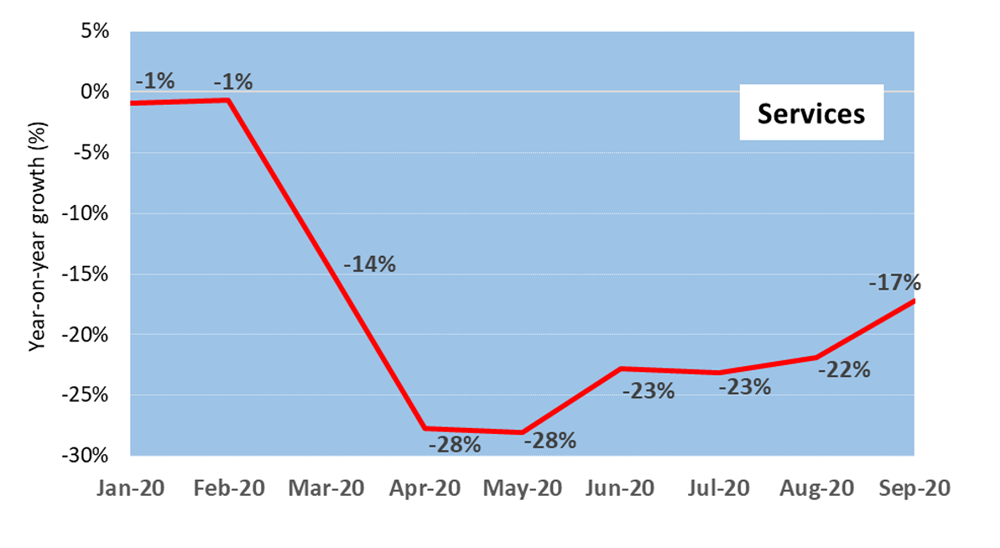