The FINANCIAL -- Employment trends are expected to weaken for most countries, according to findings from GlobalData’s new proprietary employment indicator, with countries such as Australia, Germany and Italy noted to see declines. The indicator notes that employment trends will be more stable in Japan and Russia with pick-up in Sweden.

Adarsh Jain, Director of Financial Markets at GlobalData, comments: “The weakening employment trend is driven by weakening corporate demand for labor as overhang from pandemic related end-demand suppression continues to work through the system.

“In fact, GlobalData’s prediction of weakening labor market trends in the US and Canada was borne out last week, with official US employment numbers declining by 140,000 – the first decline in eight months and against consensus expectation of more than 50,000 jobs gains. Similarly, Canada experienced a 63,000 decline in jobs – the first decline since April 2020.”

Jain notes: “Intentions translate into ‘action’ down the line, so GlobalData jobs data is well positioned to capture emergent trends early. In addition, for countries where we have Reuters Poll consensus numbers for the employment numbers we track - US, Canada, and Australia - our indicator provides better lead times. GlobalData data is available near real time, at daily frequency, so we are able to get real-time read on state of labor markets compared to official data which often release with a lag of few weeks”. 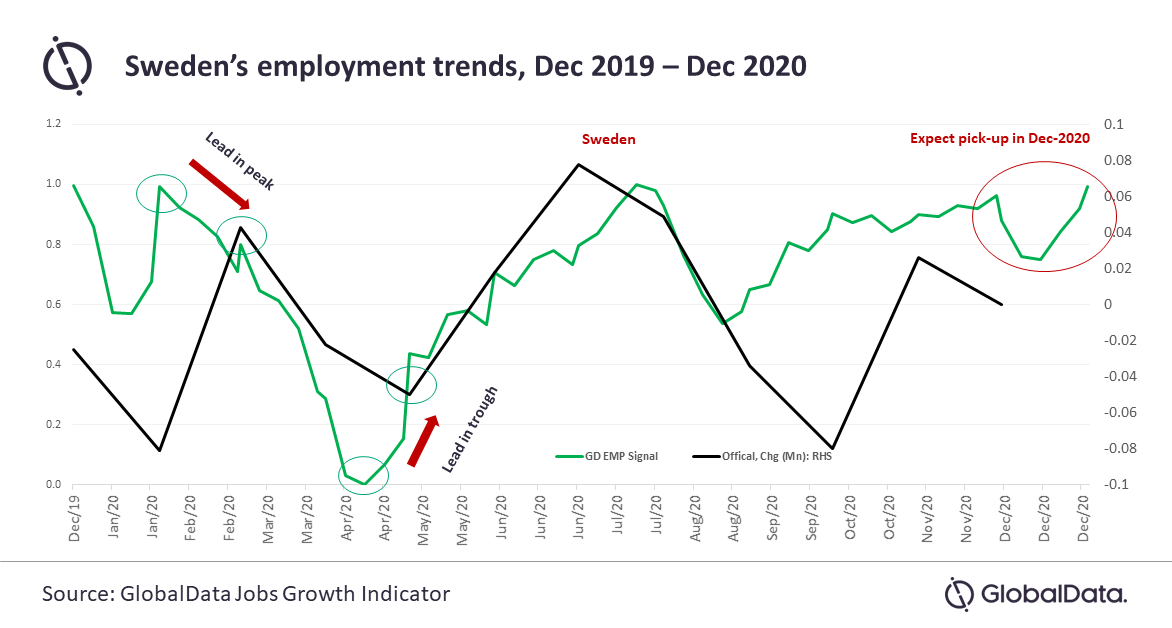 Adarsh adds: “Regarding Sweden, for example, the labor market officially peaked in Feb/March 2020. GlobalData’s indicator provided one plus months of lead information. Similarly, the company identified the trough in labor markets in early April around two to three weeks prior to its identification by the official data (in May). Since the trough, there has been a period of co-movements between the official data and our indicator, but we still have the informational advantage by being real-time.

“We expect a pick up in employments trends in Sweden for December-2020.”

“Net-net, the jobs indicator performs a useful function in understanding, in near real time, the health of labor markets and, by extension, the overall health of the economy. This makes GlobalData’s indicator a useful tool in the analysts’ toolkit when decoding the state of an economy and its likely future direction.”