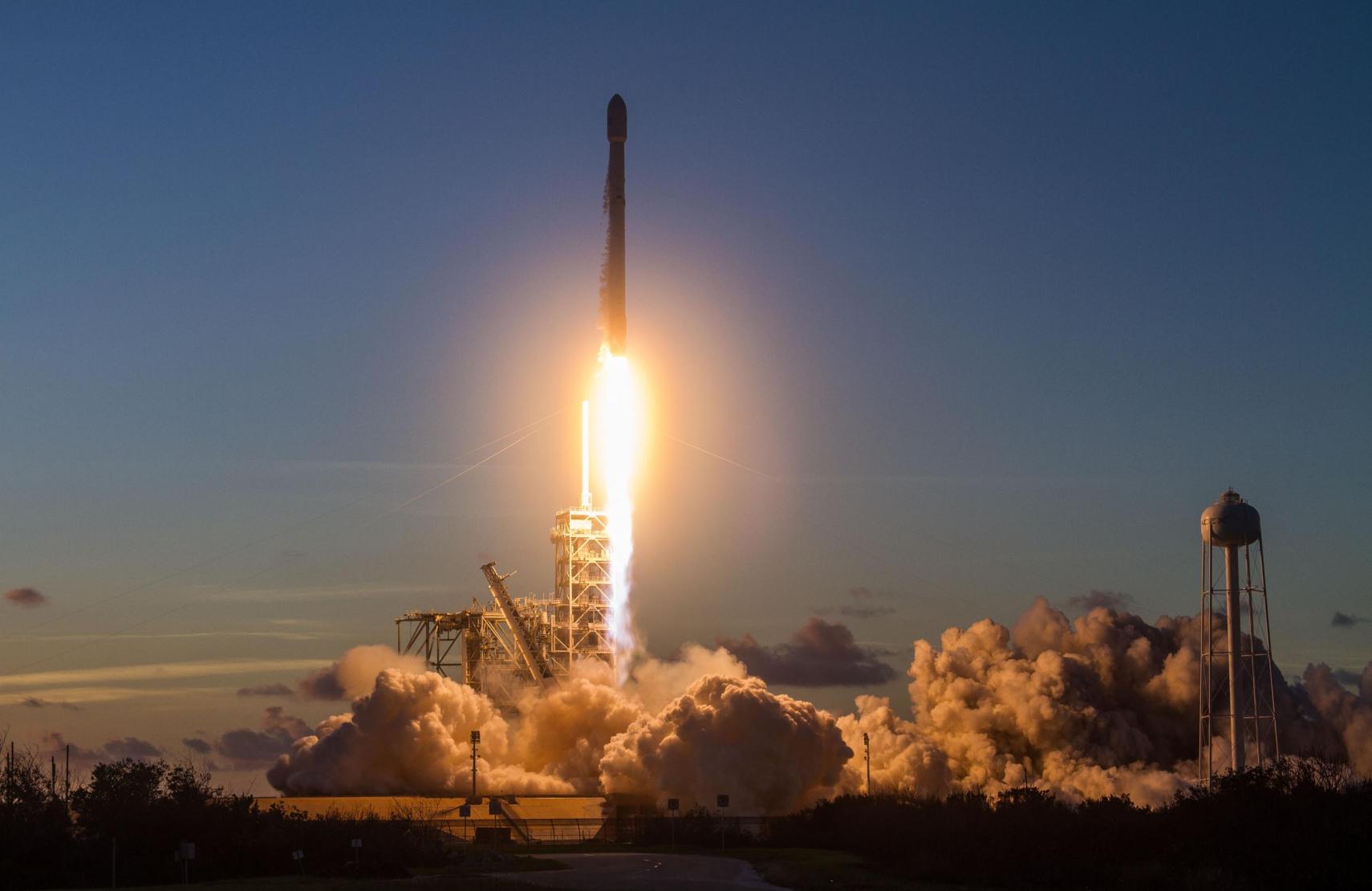 Luxembourg/ Cape Canaveral, 12 October 2017 – SES announced today that the EchoStar 105/ SES-11 satellite was successfully launched into space on SpaceX’s Falcon 9 rocket from the Kennedy Space Center in Florida at 00:53 CEST. This is the second time SES has launched on a flight-proven Falcon 9 rocket, and the fourth launch with SpaceX. SES was the first commercial customer to launch on a Falcon 9 in 2013.

Built by Airbus, EchoStar 105/ SES-11 is a dual-mission satellite, providing SES with a C-band payload of 24 transponders of 36 MHz, owned and operated by SES, marketed under the name SES-11, and EchoStar with 24 Ku-band transponders of 36 MHz, marketed as EchoStar 105. The high-powered communications satellite replaces C-band capacity for AMC-18 and Ku-band capacity for AMC-15 at the 105 degrees West orbital slot.

SES-11 is designed to accelerate the development of the US Prime video neighbourhood and the delivery of high definition (HD) and ultra-high definition (UHD) channels. It offers comprehensive coverage over North America, including Hawaii, Mexico and the Caribbean. The satellite's C-band capacity is optimised for digital television delivery, and will join SES-1 and SES-3 at the centre of SES’s North American orbital arc which reaches more than 100 million TV homes and 100% penetration in the US.
SES-11 will be utilised for the expansion of SES’s North America Ultra HD platform, which hosts the world's largest Ultra HD bouquet of 10 Ultra HD channels and reaches a combined audience of more than 10 million subscribers.

SES-11 will also empower business and government customers to capture new opportunities and expand their reach across the region.
Martin Halliwell, Chief Technology Officer of SES, said, “The successful launch of SES-11 further strengthens the centre of SES’s North American orbital arc and enables us to continue to provide a premium C-band service to the leading cable operators across the US. We are also proud to launch on another SpaceX flight-proven Falcon 9 rocket and to continuously participate in innovative technology developments within the launch industry.”
Gwynne Shotwell, President and COO at SpaceX, “We are pleased to continue working together with SES, a company that strongly supports innovation and SpaceX’s proven launch capabilities.”