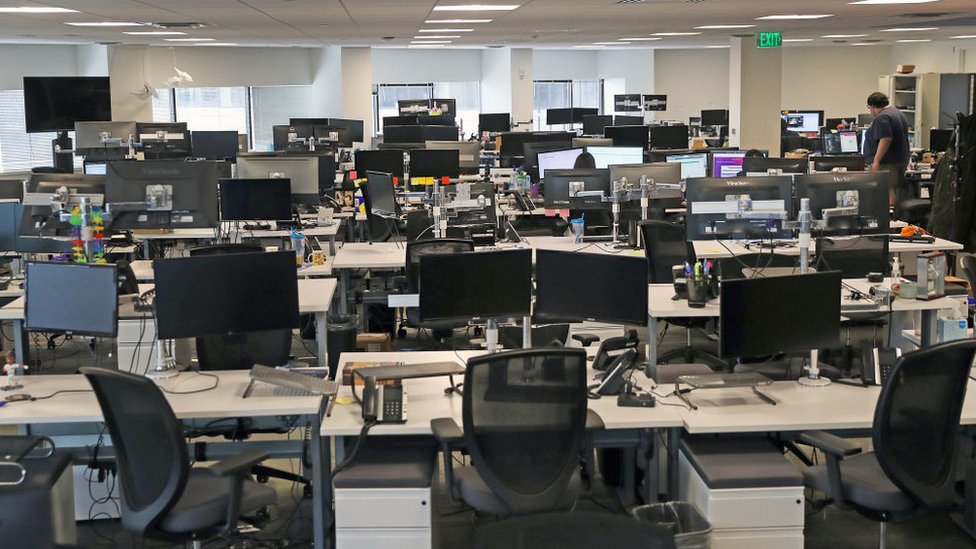 The FINANCIAL -- Amid the job losses, business closures, and about 40% to 50% of office workers still working from home, office occupancy suffered its biggest loss yet in the second quarter of 2020, according to NAR’s latest October Commercial Market Insights report. The West and South regions suffered the largest office occupancy losses, led by San Francisco, New York, Phoenix, Los Angeles, and Dallas. At a pace of 100,000 jobs created monthly, employment in office-using jobs will recover only by 2022 Q2. This may seem long, but it is faster than the 4-year recovery during the Great Recession.

Amid the job losses, business closures, and over 50% of office workers still working from home, office space occupancy fell by 22.8 million square feet (msf) in 2020 Q2 from the level in 2020 Q1 (negative net absorption), or 0.4% of the 5.2 billion in office space, according to Cushman and Wakefield office data.1

More than a million of square feet became unoccupied during the second quarter in San Francisco, New York, Phoenix, Dallas, and Los Angeles.

The demand for subleased spaces ― generally associated with hot/open desks or co-working ―has fallen as workers work from home and practice social distancing. The metro areas that have been most impacted are areas associated with tech workers―such as Rochester, San Francisco, New York, Austin, Salt Lake City, Phoenix, Charlotte, Seattle, Nashville, Inland Empire, and Portland.

The fraction of workers working continues to decline, from 35% in May to 23% in September. However, in office-using industries, as high as 65% continue to work from home among computer and mathematical workers.

Jobs in office-using industries provide the demand for office space. In March and April, the economy shed 2.86 million jobs in the Information, Financial Activities, and Professional and Business Services industry sectors. During May through September, 1.04 million jobs have been recovered, so nearly 2 million more still have to be recovered.

In June, office-using jobs increased by about 300,000 from the prior month, but the pace has moderated to 153,000 in September. Assuming that jobs in the information, financial activities, and professional and business services increase by 100,000 monthly, payroll employment in office-using industries will only fully recover by March 2022.

For comparison, the 2-year recovery period is a faster pace of recovery than occurred during the recovery from the Great Recession when it took four years from October 2009 through December 2013 to recover to their peak level in July 2007. Jobs rose by 50,000 on a monthly basis during 2010-2012.

The demand for flexible space will heavily hinge on institutional occupiers seeking short-term lease and ready-to-move-in office spaces, typically new businesses and small businesses who may not want to invest in large upfront construction cost.

While the fraction of workers who will be working from home will likely be higher than the 5% level prior to the pandemic, office density may increase due to social distancing measures. The overall demand for office space still hangs on the discovery of a vaccine for COVID-19 as that impacts business openings and closures, working from home, and office density requirements.