Country of birth linked to discrimination at work

Eurostat data show that in 2021, 5.2 million women and 3.6 million men aged 15-74 in the EU reported feeling discriminated against at work. The difference between those two numbers was mainly due to the difference in the number of those who reported feeling discriminated against based on gender: 0.2 million men compared with 1.6 million women.

Results from the Labour Force Survey (EU-LFS) module implemented in 2021 indicate that the share of employed people reporting discrimination at work varies according to the country of birth. In the EU, the highest percentages for both men (7.7%) and women (8.8%) feeling discriminated at work were registered among those born in a non-EU country, followed by those born in another EU country (5.4% for men and 7.5% for women). By contrast, the percentages of employed people born in the reporting country feeling discriminated at work were much lower: 3.2% for men and 5.8% for women.

This information comes from data on the labour market situation of migrants and their immediate descendants published by Eurostat today. The article presents a handful of findings from the more detailed Statistics Explained article on self-perceived discrimination at work – statistics. 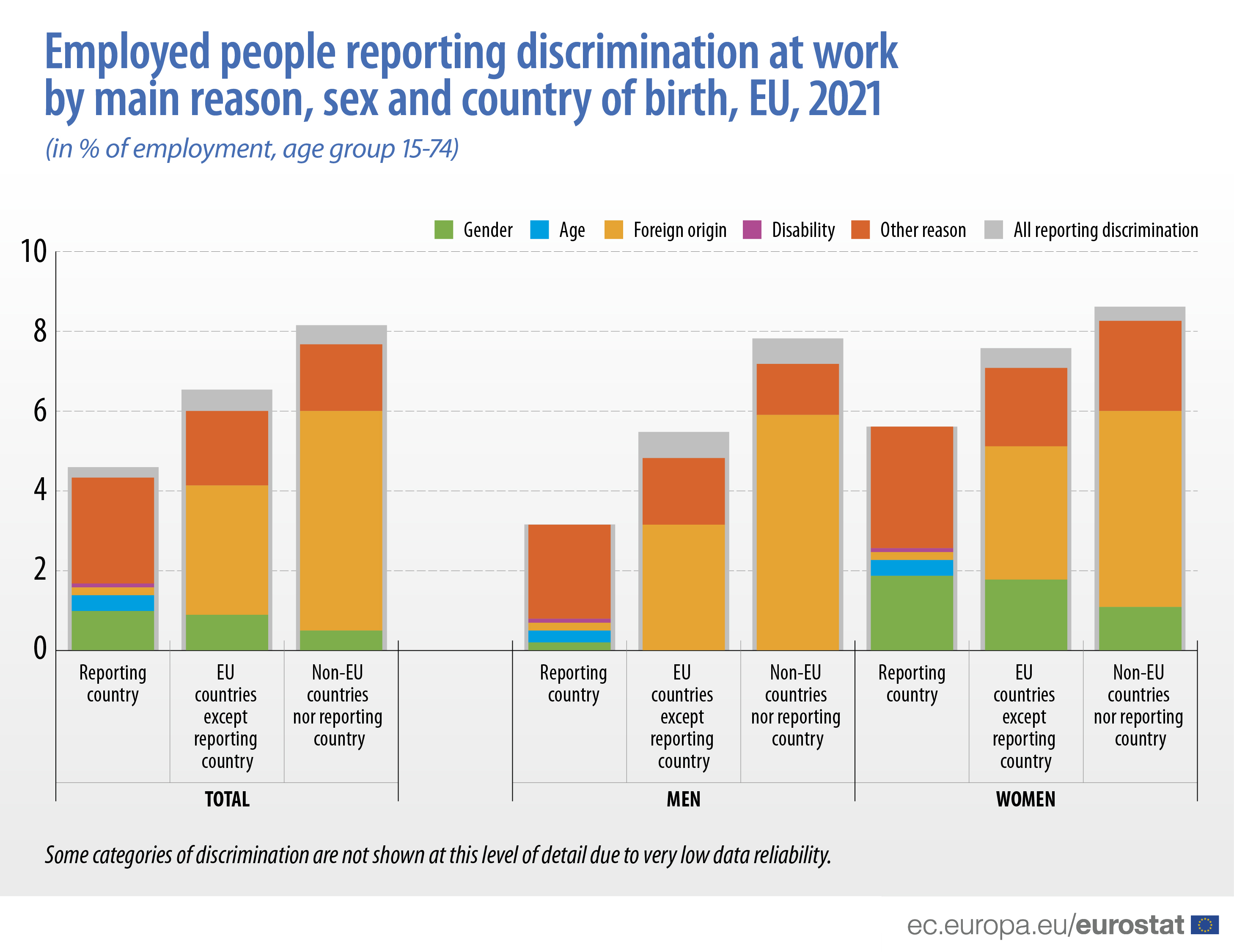 Among men and women from a non-EU country or another EU country, there was no available data about employed people reporting discrimination due to age or disability.

Economic headlines around the world make for pretty distressing reading these days. As such, many businesses are looking for new...