by The FINANCIAL
in BANKS
0 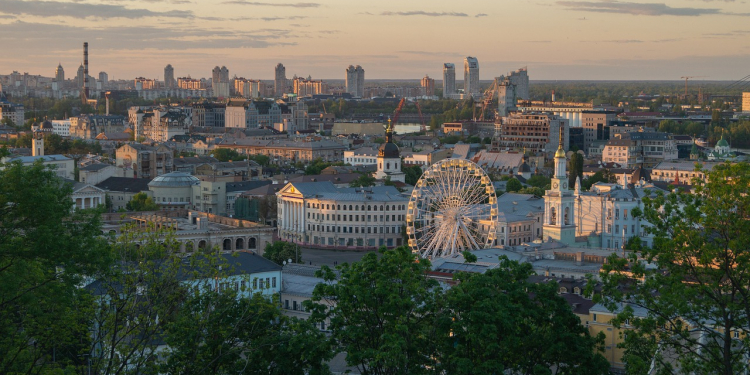 China: Domestic and External Conditions are Leading to a Weakened Economic Outlook

EBRD and FAO mark 25 years of cooperation with US$ 5.5 million initiative

The EBRD is boosting food security in wartime Ukraine by issuing risk-sharing instruments to selected local banks and a leasing company that will back more than half the credit risk of newly originated financing provided by them up to a total value of €53.25 million. The share of risk the EBRD takes on with ProCredit Bank, OTP Bank Ukraine and OTP Leasing comes to €30 million.

All EBRD investments in Ukraine under its resilience package will be enabled by risk-mitigating instruments supported by donors. In the case of these agreements, half of the EBRD risk share will be supported by donor-funded First Loss Risk Cover.

Boosting food security during the war is a key element of the Bank’s five-pronged support plan for Ukraine’s real economy. The EBRD’s dedicated food security package envisages supporting €200 million of food security investment this year in Ukraine. The EBRD is also supporting trade, energy security, vital infrastructure and the pharmaceuticals industry through €1 billion of investment planned in Ukraine this year.

The war on Ukraine also raises the spectre of worsening food security globally, because Ukraine is a significant food exporter, accounting for almost 10 per cent of global wheat exports, as well as 14 per cent of corn and 37 per cent of sunflower oil exports.

Aside from direct war damage, agricultural production is hampered by lack of fuel, access to seeds, fertiliser and equipment. Limitations on ships in the Black Sea add longer-term logistical risks.

The EBRD was swift to condemn the Russian invasion of Ukraine on 24 February and pledged to stand by Ukraine. In early April, the EBRD’s Board of Governors voted to suspend open-endedly the access of Russia and Belarus to EBRD finance and expertise, and the Bank has closed its offices in Russia and Belarus.

In addition to a resilience package for Ukraine and neighbouring countries affected by the war, the EBRD has pledged to help finance Ukraine’s reconstruction once conditions permit.

JSC ProCredit Bank in Ukraine is a 100 per cent-owned subsidiary of ProCredit Holding AG & Co. KGaA and one of the market leaders in financing small and medium-sized businesses in Ukraine. With US$ 1 billion in total assets, it is ranked as Ukraine’s 14th largest bank in Ukraine, with 98 per cent of its loan portfolio consisting of SME clients and the remainder private clients at the end of 2021.

JSC OTP Bank in Ukraine is a 100 per cent owned subsidiary of Hungary’s OTP Bank Plc. SMEs and corporates make up 70 per cent of its loan book and retail clients the remaining 30 per cent. The bank was ranked 9th in Ukraine with 3.4 per cent share of total banking assets at the end of 2021.

The European Bank for Reconstruction and Development (EBRD) supported Georgia’s economy to the tune of €218 million in 2022, with...

China: Domestic and External Conditions are Leading to a Weakened Economic Outlook

EBRD and FAO mark 25 years of cooperation with US$ 5.5 million initiative