by Madona Gasanova
in Georgia
0 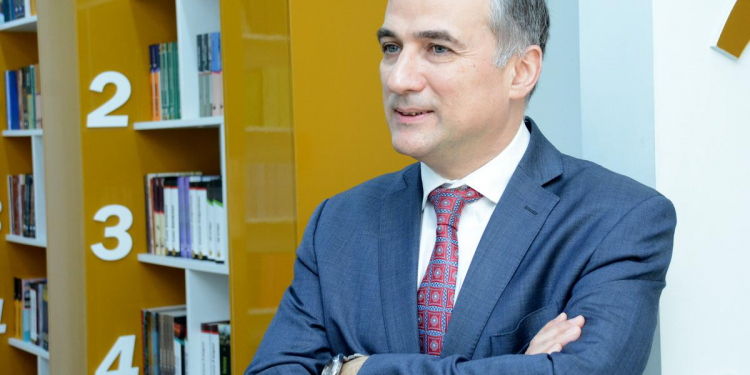 The FINANCIAL — Economic and political map and balance of power of the South Caucasus would have been completely different without this bloody and devastating Armenia-Azerbaijan conflict,â€ believes Farid Shafiyev, Chairman of the Baku-based Center of Analysis of International Relations.

According to Shafiyev, along with threatening the security of regional projects, which have great economic importance for regional countries, the conflict also negatively affects the business environment in the countries of the region. In his words, frequent armed provocations of Armenia raise security concerns which diminish the economic attractiveness of the region, especially of Armenia for investors. Conflict also decreases opportunities for the development of mutual trade relations between regional countries which could contribute to the comprehensive economic development of the region.

In his interview with The FINANCIAL, Shafiyev talked about socio-economic issues of the Armenia-Azerbaijan conflict and its influence over the region.

Lasha Khutsishvili:  “The external debt, decreased substantially and will be within the margin of 39.5% this year.”

Q. What are the socio-economic issues of the Armenia-Azerbaijan conflict and how does it influence the Caucasus region?

A. The Armenia-Azerbaijan conflict, caused as the result of the Armenian occupation of Azerbaijani territories, mostly creates socio-economic issues for Armenia itself. Because of its aggressive policy, Armeniaâ€™s borders with Azerbaijan and Turkey are closed, preventing Yerevan from participating in any regional transport or energy projects. By isolating itself from regional economic cooperations, Armenia was not able to establish a strong economy and create good conditions for its citizens. As a result, one-third of Armenia’s population emigrated to other countries. Armenia has a high unemployment level and its government debt is continuously increasing. On the other hand, the fact that more than 700,000 Azerbaijanis have been displaced from the occupied territories and Azerbaijan lost the opportunity to use its huge natural resources situated in the occupied territories, has created substantial socio-economic problems for Azerbaijan. However, using its oil revenues effectively, Azerbaijan rapidly developed and was able to solve socio-economic problems.

Q. Tell us more about the negative economic impacts of the conflict on the whole region.

A. Along with threatening the security of regional projects, which have great economic importance for regional countries, the conflict also negatively affects the business environment in the countries of the region. Frequent armed provocations of Armenia raise security concerns which diminish the economic attractiveness of the region, especially of Armenia for investors. Conflict also decreases opportunities for the development of mutual trade relations between regional countries which could contribute to the comprehensive economic development of the region.

Q. Who are the main losers and the winners of the conflict?

A. Undoubtedly, the main loser of this conflict is Armenia. By occupying the territories of Azerbaijan, Armenia lost the economic development opportunities and isolated itself from regional projects. This situation increased the influence of third parties on Armenia both through political and economic means. Losing the freedom in decision making on national economic and political problems, Armenia is faced with serious financial and social problems.

The winners of the conflict are the powers that are interested in the continuation of the conflict, which enables them to put pressure on both sides and which are against the regional cooperation between the countries of the South Caucasus.

Q. What will be the profit for each side of the conflict to lead the diplomatic peace negotiations?

A. For more than 26 years Azerbaijan tried to solve this conflict with peaceful negotiations with the mediation of OSCE Minsk Group based on the resolutions of the UN Security Council, which demand unconditional withdrawal of Armenian troops from occupied territories. Therefore, any kind of diplomatic peace negotiations should lead to the withdrawal of Armenian troops from the occupied territories of Azerbaijan. After the withdrawal of Armenian invaders from the occupied territories, peace will be restored in the region, which will positively contribute to the economic development of regional countries and in general to regional cooperation. Peace negotiations will also decrease the influence of the other powers in the region and each side will get rid of unnecessary military spending, which could be used in other areas. Thus, diplomatic peace negotiations will have economic and political profits for both sides.

Q. Besides Armenia and Azerbaijan, which outside players are having an influence in this conflict?

A. Besides Armenia and Azerbaijan, the main outside players that have influence in this conflict are the co-chairs of OSCE Minsk Group, France, the Russian Federation, and the United States. The main task of these countries within the Minsk Group is to find a peaceful solution to the Armenia-Azerbaijan conflict. Between them, Russia has more influence on this conflict as both Armenia and Azerbaijan were part of the Soviet Union and have close economic and political relations with Russia. European countries that import energy resources from Azerbaijan also have influence in this conflict, as they want to ensure the security of the oil and gas pipelines.

Q. The Nagorno-Karabakh case is particularly interesting as it was the first ethnic conflict in the former Soviet Union. What are the main lessons that other ex-Soviet republics can draw from the mentioned conflict?

A. The Armenia-Azerbaijan conflict, created as a result of the occupation of territories of Azerbaijan, has been the main obstacle to regional development and stability that drained the economic and human resources of both sides, negatively affected the lives of millions of people in the whole region. Billions of US dollars, thousands of lives, human resources, and energy have been wasted for unrealistic, nationalist dreams, attempts of Armenia for the realization of revisionism of internationally recognized borders in the region. The economic and political map and balance of power of the South Caucasus would have been completely different without this bloody and devastating Armenia-Azerbaijan conflict.

We also see how some countries and international institutions treat the other actors that break international law and territorial integrity of other countries. The countries that are obliged to be guarantors of international order and law have not expressed the same clear and unequivocally position regarding the violation of territorial integrity of Azerbaijan as they did in other cases. For example, in most cases, we see that our partners, especially European partners, avoid putting their public statements about the occupation of the territories of Azerbaijan in the same line with other territorial integrity problems in the region. And when you ask them about it, they use the mandate of OSCE as an excuse. It is the mandate of OSCE, and they say they try to be balanced. The problem is that balanced is not necessarily a just and principled position. In the beginning, you have to be clear and unambiguous, if it is an occupation, you must say it is an occupation. If you say territorial integrity is the ultimate and most important principle, you have to voice it clearly. This approach of the international community and neglect of the internal law or lesson pushed Azerbaijan to act in its own way. Therefore, the international community must realize that there are no frozen conflicts.

Q. On both sides of the conflict, understanding of the economic costs seems minimal.

A. If we compare the economic potential of both sides it is obvious that Azerbaijan’s economy is several times bigger than Armenia’s economy. So, the conflict will have more economic harm to Armenia than Azerbaijan. Even by illegally exploiting the natural resources of Azerbaijan, Armenia was not able to establish a durable economy. Despite the superiority of Azerbaijan over Armenia in economic and military means, it has made more efforts to find a peaceful solution for this conflict compared to Armenia and has waited for more than 26 years. However, Armenia tried to maintain status-quo by prolonging the negotiation process and in the end announced its withdrawal from the negotiation process. Therefore, the main reason why the potential of â€œpeace dividendâ€ has not resulted in visible policy changes is related to Armeniaâ€™s unlawful and reckless acts fueled by populism.

Q. What will be the economic cost of the current armed conflict for the region? 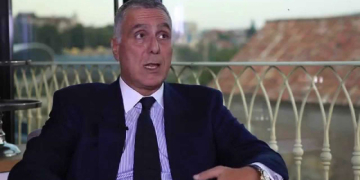 Dear President Zourabishvili, I am writing to you regarding former President Mikheil Saakashvili. Based on the reports of the medical...

Lasha Khutsishvili:  “The external debt, decreased substantially and will be within the margin of 39.5% this year.”

How did the US financial market change after COVID-19?

Protected: Getting ready for retirement

Why is it important to invest in artificial Intelligence?

Zelensky: The time of Ukrainian victory shall come

Protected: Getting ready for retirement