The pace of transition from school to the labour market varies across EU Member States, due to the influence of national systems of education and training, as well as other factors including national labour market characteristics and cultural determinants. In some countries, young people start working much earlier than in others, e.g. in the form of student jobs or paid traineeships. 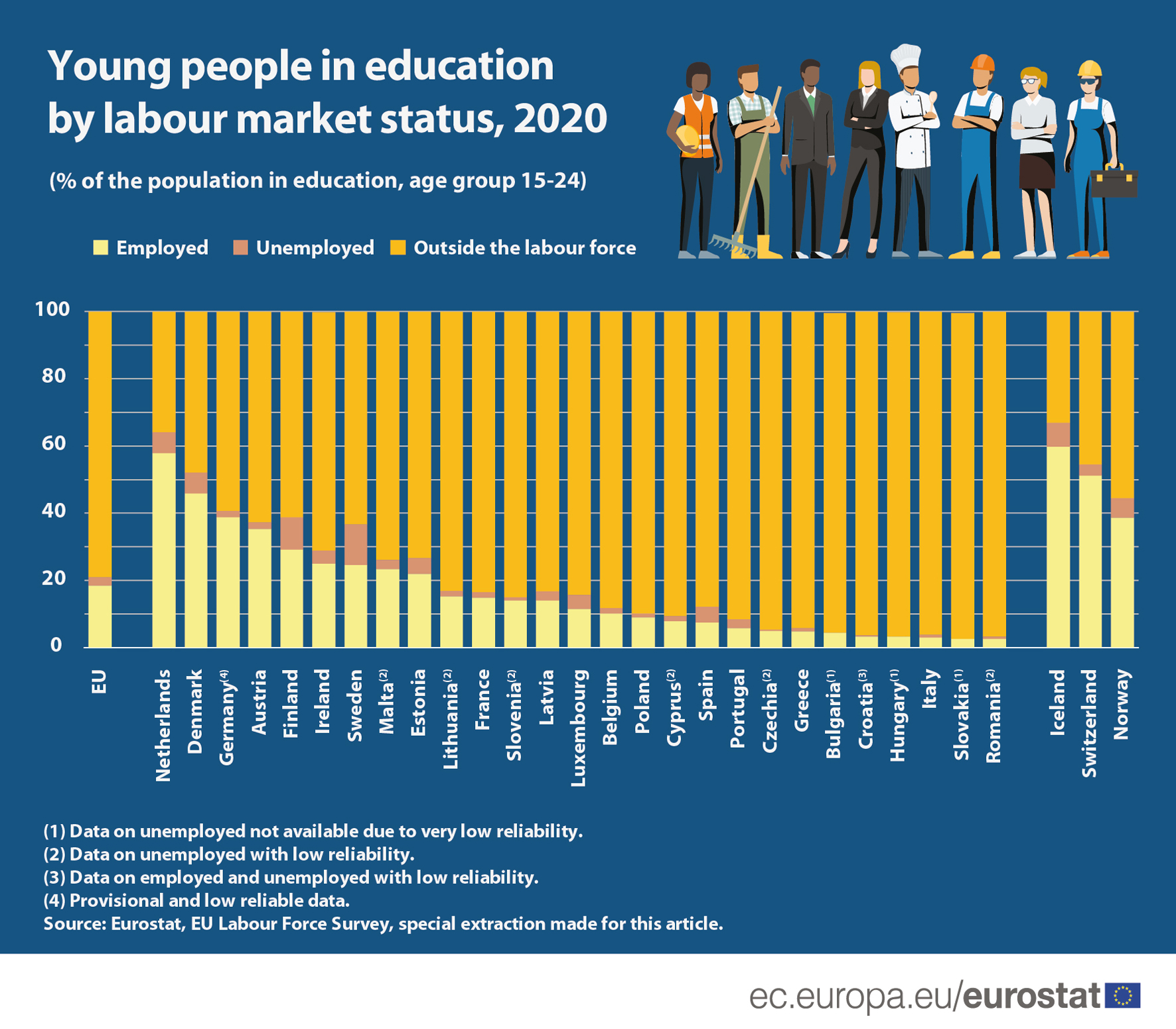 See also  When To Start a Business

The highest share of pupils and students aged 15-24 who were unemployed (meaning that they were looking for a job and ready to start to work while studying) was recorded in Sweden (12.1%), followed by Finland (9.5%), Denmark and the Netherlands (both 6.3%). On the other hand, in Slovenia, Italy, Romania, Czechia and Croatia, less than 1% of pupils and students in that age group were unemployed.

Protected: 5 Habits To Adopt In Your 20s For An Early Retirement

When To Start a Business

Protected: 5 Habits To Adopt In Your 20s For An Early Retirement