The FINANCIAL – In 2020, EU farms produced 160.1 million tonnes of raw milk, 1.1% more than in 2019. From that total, an estimated 149.9 million tonnes were used by dairies, together with skimmed milk, to produce a range of manufactured dairy products, as well as fresh products. This information comes from data on milk and milk products published by Eurostat today. The article presents a handful of findings from the more detailed Statistics Explained article on milk and milk products.

Dairies in Germany accounted for the highest share of EU production of all main fresh and manufactured dairy products, including drinking milk (19.3% of the EU total), butter (21.0%), cheese (22.9%) and acidified milk products (23.7%).

Unsurprisingly, the highest levels of production for dairy products were generally recorded in the most populous EU Member States, although there were some exceptions. For example, Ireland accounted for the third-highest share of butter produced (12.4%) and the Netherlands for the fourth-highest for cheese (9.7% of the EU total).

See also  US once again country with highest weather-related losses 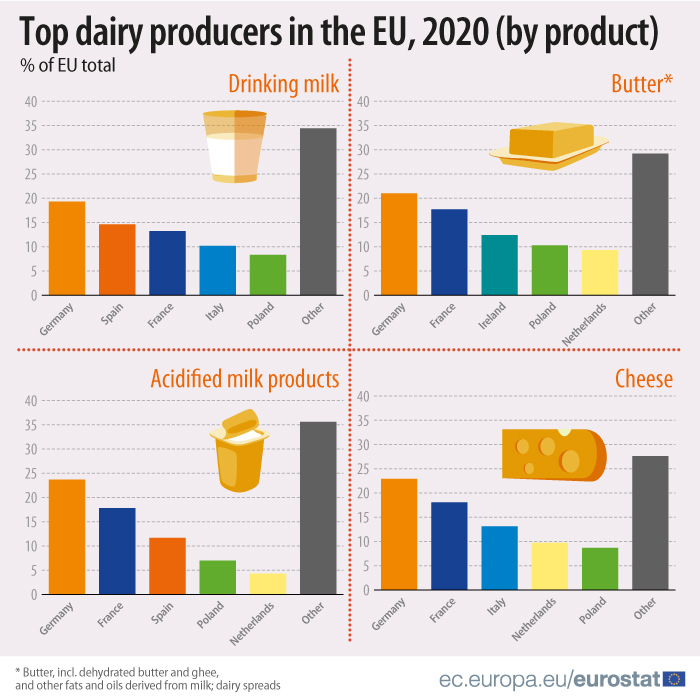 US once again country with highest weather-related losses