The FINANCIAL — As a result of strict precautionary measures and a reduced number of trains in operation since March 2020, rail transport reduced significantly in the EU. Freight transport was impacted by those restrictions to a much lesser extent than passenger transport, which almost halved between 2019 and 2020 (-46%) reaching 223 billion passenger-kilometres. Particularly significant were the drops in the second and the fourth quarter of 2020 (-74% and -54% compared with the same period of 2019).

This information comes from data on railway transport published by Eurostat today. The article presents a handful of findings from the more detailed Statistics Explained articles on railway freight and passenger transport.

All EU Member States reported substantial decreases in the number of passengers transported by rail in 2020. The largest decreases were recorded in Ireland (-64%) and Italy (-57%). Among the remaining EU Member States, seven fell by more than 40% over the same period. In nine EU Member States, a drop between 30% and 40% was recorded.

Estonia, Romania and Bulgaria registered the lowest decreases with -29%, -28% and -21%, respectively. 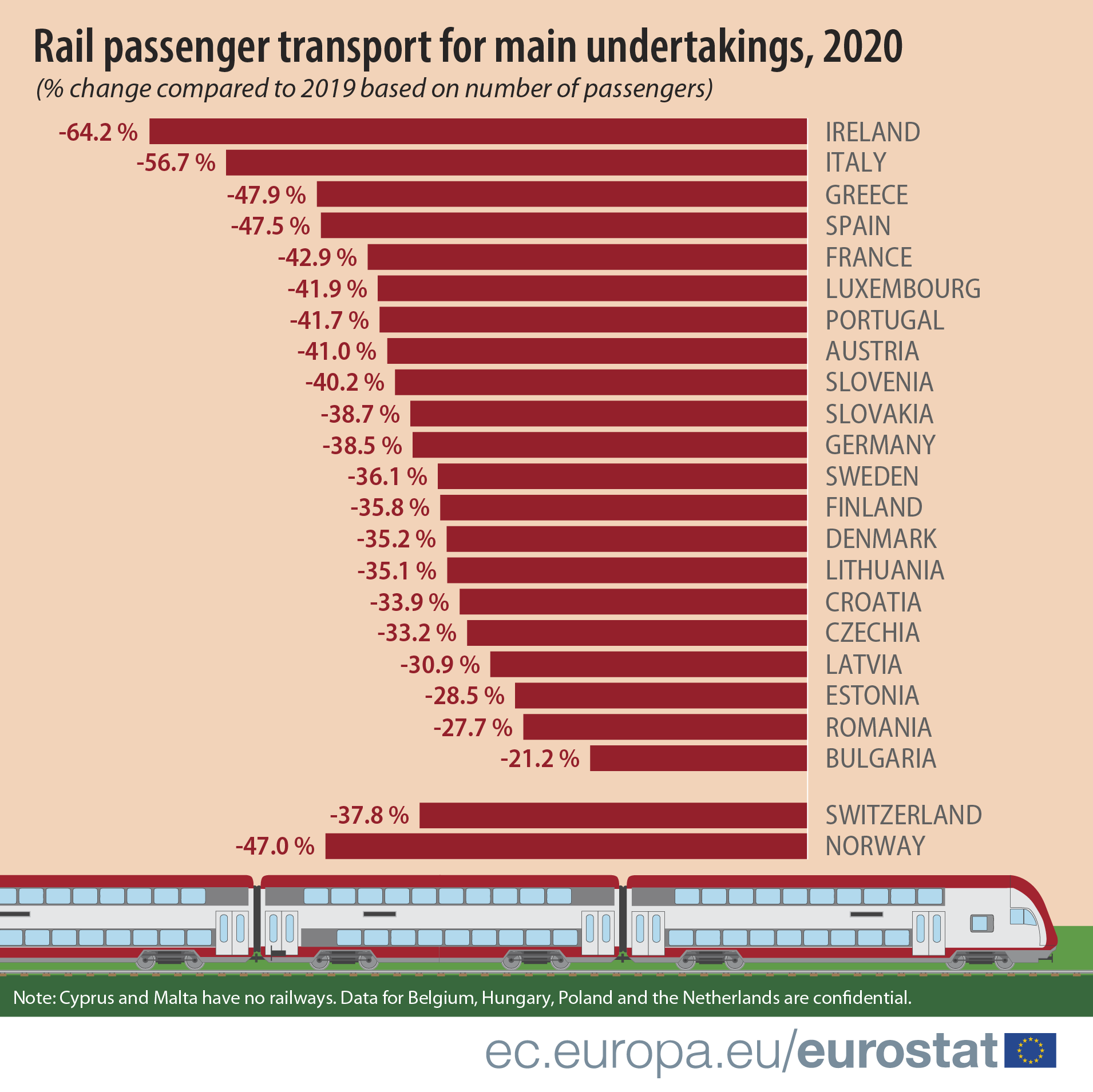 Why is Wondershare Filmora the Best Video Editors for Beginners?

24 Million+ spent by RMG to protect the environment

Meet the Italian Ambassador to Georgia, His Excellency Enrico Valvo

3 Arrested for Smuggling over 259 Vietnamese Migrants to Germany