by The FINANCIAL
in Europe, Featured
0

In September 2022, 89 590 first-time asylum applicants (non-EU citizens) applied for international protection in the EU Member States, 11 995 more people than in the previous month, an increase of 15%. Compared with September 2021 (62 820), there was a 43% increase in the total number of requests. 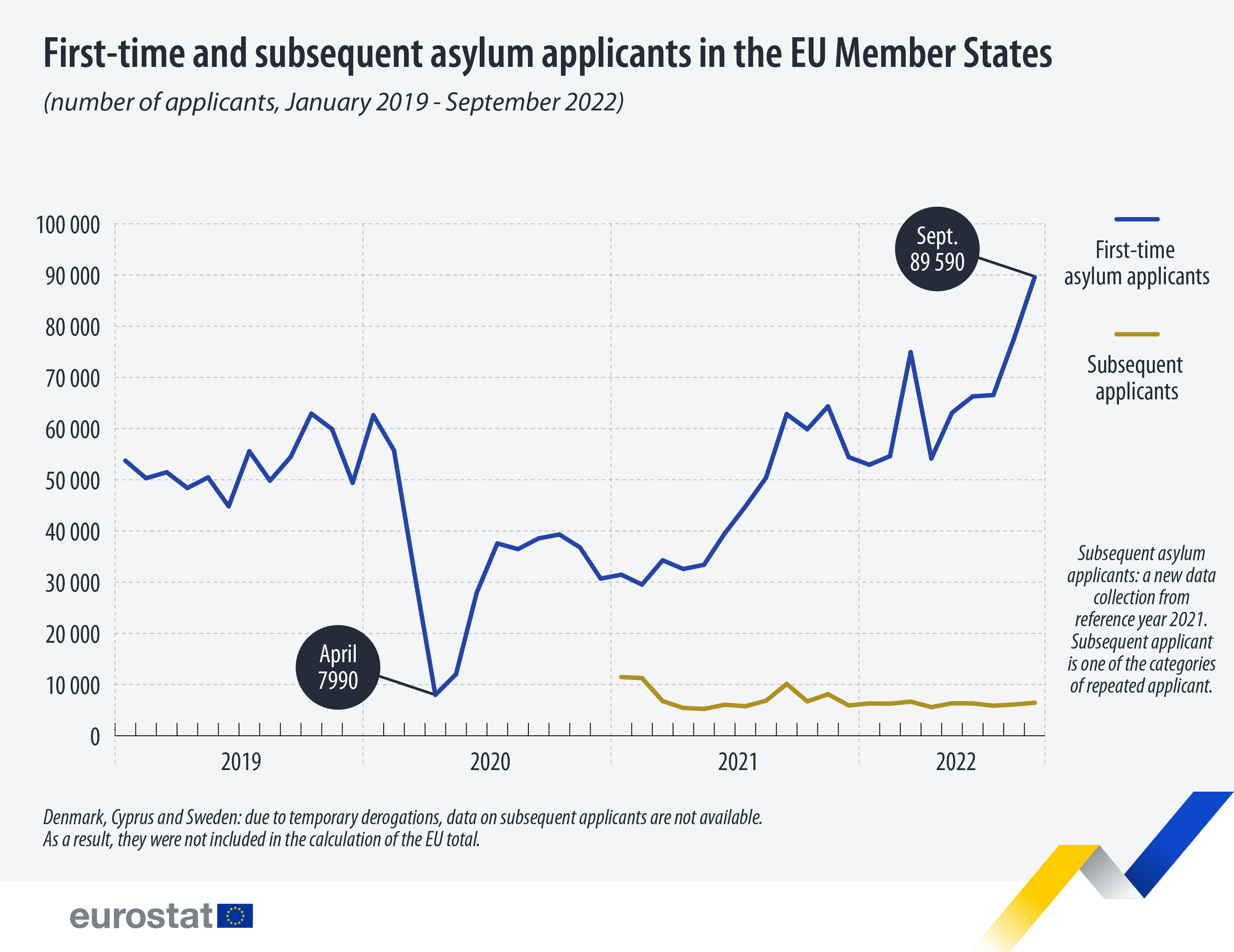 Most first-time asylum applicants were Syrians

Following Russia’s military aggression against Ukraine, there was a large increase in Ukrainian first-time asylum applicants (from 2 370 in February to 12 890 in March, but the numbers have been decreasing monthly (from 1 510 in April to 870 in September). This is also because people fleeing Ukraine benefit from temporary protection.

In September, the number of people from Russia applying for asylum for the first time also made the top 15 of citizenships, with 1 305 applications.

These five Member States together accounted for three-quarters (74%) of all first-time asylum applicants in the EU.

In total in the EU as a whole, there were 200 first-time asylum applicants per million population in September 2022.

Compared with the population of each Member State (on 1st January 2022), the highest rate of registered first-time applicants in September 2022 was recorded in Austria (1 725 applicants per million population), followed by Cyprus (1 714), Croatia (475) and Luxembourg (466). By contrast, the lowest rate was observed in Hungary (0.4). 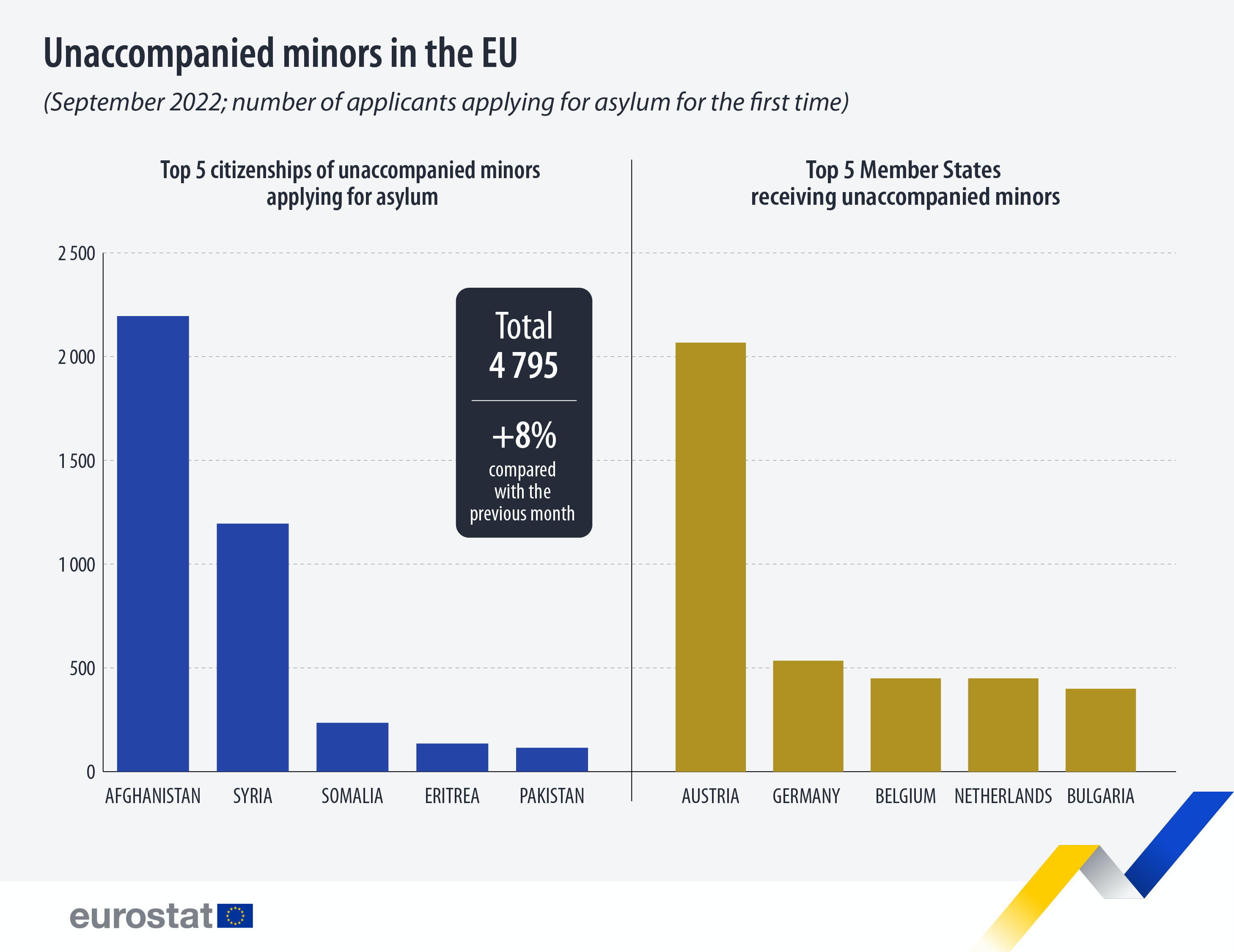 4 795 unaccompanied minors applying for asylum in the EU

The Member States that received the highest numbers of asylum applications from unaccompanied minors in September 2022 were Austria (2 070), Germany (535), and Belgium and the Netherlands (450 each). Although Austria and Belgium saw the number of requests increase by 10% and 7% compared with August 2022 respectively, Germany registered a 9% decrease and the Netherlands a 22% drop.