In 2021, the value of total trade (import plus exports) of raw materials between the EU and the rest of the world reached €178 billion. Since exports (€71.3 billion) were lower than imports (€106.8 billion), this resulted in a trade deficit of €35.5 billion.

During the financial crisis of 2009, imports of raw materials decreased by €26.1 billion. Two-thirds of this drop (€17.9 billion) were due to a decrease in the imports of rubber, metal and minerals.

The most commonly exported raw materials were metals, minerals and rubber (39%), followed by wood, paper and textiles (33%), and animal and vegetable raw materials (28%).

In imports, metals, minerals and rubber (56%) were also the most traded raw materials, followed by animal and vegetable raw materials (30%), and by wood, paper and textiles (14%).

China and Brazil lead as main export and import partners 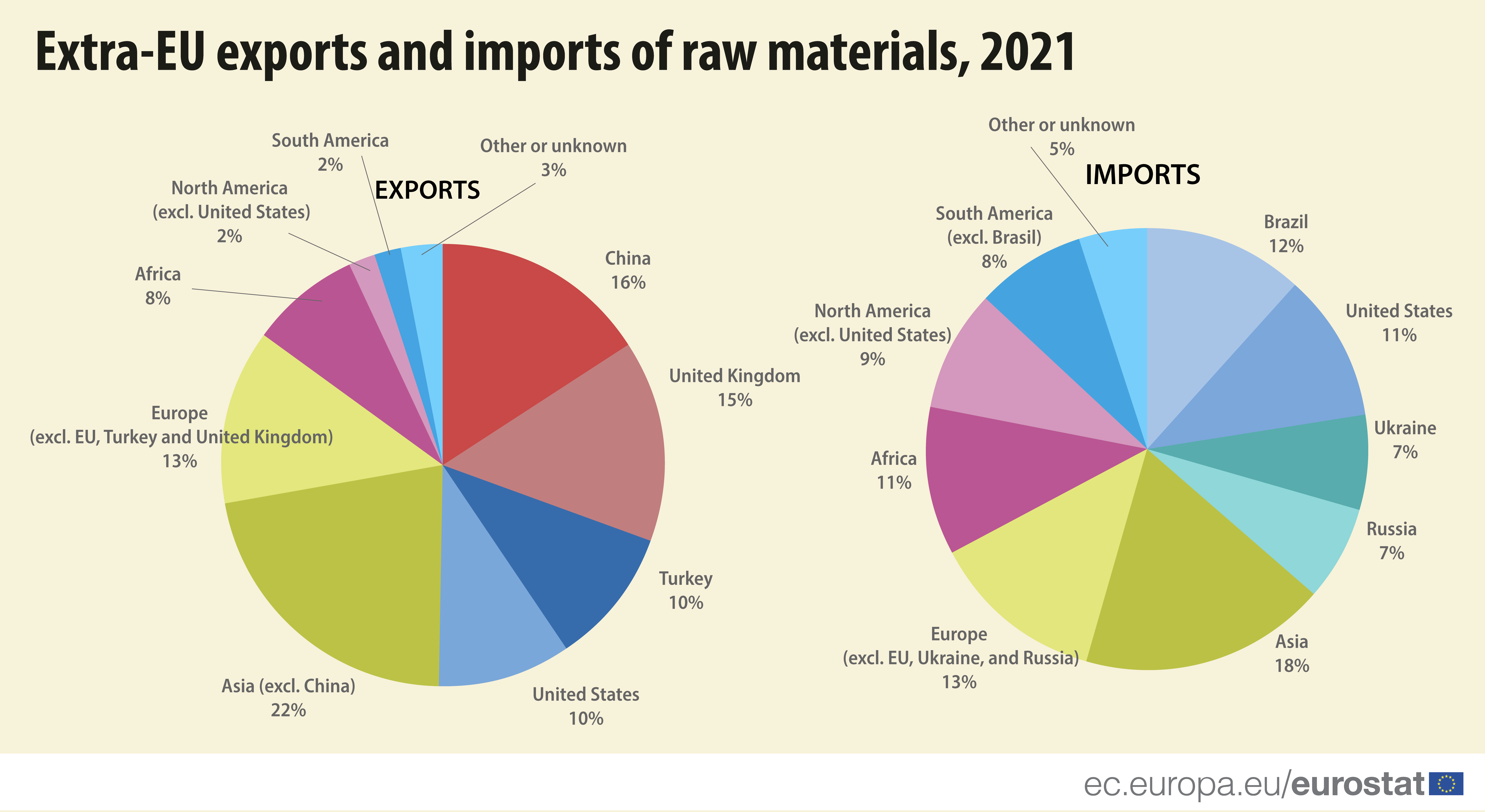 In terms of extra-EU imports, Brazil (12%) and the United States (11%) were the main partners, followed by Ukraine and Russia (both 7%). The top four combined made up 37% of all extra-EU imports.