Fifth Noble Partner exercise will be held in Georgia

by The FINANCIAL
in Georgia
0 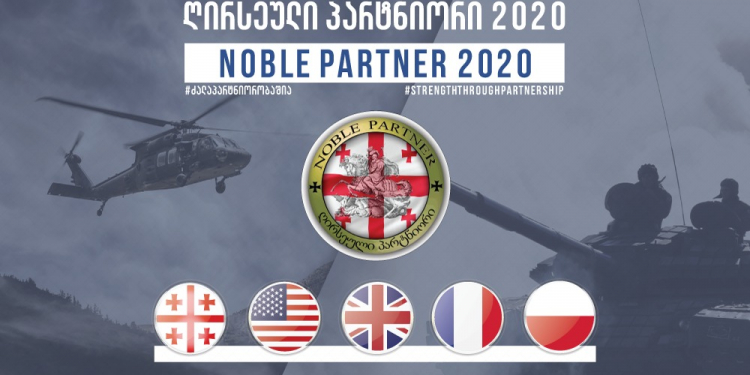 The FINANCIAL — Noble Partner is a cooperatively-led multinational training exercise in its fifth iteration. It is aimed to enhance Georgian, U.S. and partner forces readiness and interoperability and to also contribute in maintaining stable, secure environment over the Black Sea region. U.S. and Georgia-led fifth Noble Partner international military exercise will be held south-east of Tbilisi from September 7 to September 18, 2020.

In February of 2020, it was announced that, Georgia would host the Multinational Military Exercise Noble Partner for the fifth time. Main Planning Conference had officially opened on 3 February and aimed at planning events for the conduct of the training. The Noble Partner which consists of field and staff components, covered cybersecurity and information operations. Strength through Partnership was the main message conveyed by the Noble Partner 2020. The objective of the military exercise was to improve the combat readiness and interoperability between the military forces of Georgia, U.S and partner nations and maintaining stable and secure environment in the Black Sea Region.

The main message of the Noble Partner is – “Strength through Partnership”.  The scenario of the combined multinational exercise includes command, staff and field training with live fire, engagement of maneuver and combat support elements in stability, defensive and offensive operations. Three media days are scheduled within Noble Partner 2020: 173rd Airborne Brigade’s airborne operation on 1 September, Official opening ceremony of the exercise on 7 September and DV Day/Closing ceremony on 8 September.

Media representatives interested in covering the above-mentioned events should apply for accreditation at the Ministry of Defense of Georgia starting from August 26 and ending on August 28 at 18:00 local time. Separate accreditation cards will be issued before each event.

U.S. and Georgia-led fifth Noble Partner international military exercise will be held south-east of Tbilisi at the Vaziani Military Airfield, Vaziani drill ground and the Norio training area from September 7 to September 18, 2020. Over 2,700 troops will take part in the drills, including Georgian, U.S., British, Polish, and French military personnel, as reported by civil.ge

In August of 2018, The Noble Partner 18 training exercise concluded with a combined arms live-fire exercise and a ceremony. This was the fourth iteration of the cooperatively-led multinational training exercise. It supported the training of Georgian armed forces’ mechanized and special operations forces, U.S. regionally aligned forces, U.S. Army and Air National Guardsmen from the state of Georgia, and 11 other participating nations.

Last month, The US Government through the Defense Threat Reduction Agency (DTRA) donated All-Terrain- Vehicles to the MoIA Border Police of Georgia. The donation aims to enhance Border Management and Protection Capabilities. Under the framework of the DTRA support projects, the Georgian Border Guards will be acquainted with operational capabilities of ATVs and their maintenance through the trainings. DTRA supports several U.S. Embassy Tbilisi objectives such as Euro-Atlantic Integration. Read more. 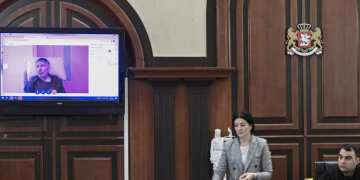 EECMD Statement on the conditions affecting Mikheil Saakashvili, the former President of Georgia Protecting the health and survival of Mikheil...