Finding opportunity in a crisis: Georgia re-emerges as a tourism destination for the Middle East

by The FINANCIAL
in Uncategorized
0

When the pandemic first hit, we had no idea what was coming. After all, Georgia had welcomed record numbers of tourists in 2019 – including more than 152,000 from the Middle East alone, a growing market facilitated by new flights and cross-border links.

The world was visiting Georgia, more travellers from the Eastern Mediterranean and the Gulf were discovering the country, and tourist numbers had been expected to break new records in 2020. For Middle East travellers, Georgia had rapidly become one of the newest vacation hotspots.

When the reality sunk in that Covid was here to stay, it became a case of adjusting as quickly as possible to a totally unprecedented situation. Investing in our employees, working as a team, and planning for the future has turned out to be key to not only surviving, but in many ways coming out stronger.

UK partners with India to deliver a circular plastics economy

It has to be acknowledged, first and foremost, that the pandemic has been a human tragedy. Many employees have lost family members and know of people who have lost their jobs. Hospitality is a people business, which is something we worked hard to recognise in our own approach to the crisis. Without our staff, house keepers, cleaners, our business is nothing. They are our capital, as important as the buildings themselves.

Our main mission was to keep everyone employed and insured, something that involved a significant common effort. Giving this reassurance to our staff kept them motivated in a challenging situation.

It was the right thing to do at the time, but as things open up, it has also given us – and those who applied similar strategies – an advantage. We have the staff we need, and they are highly motivated. Regular customers are happy to see the same faces in our hotels and resorts. 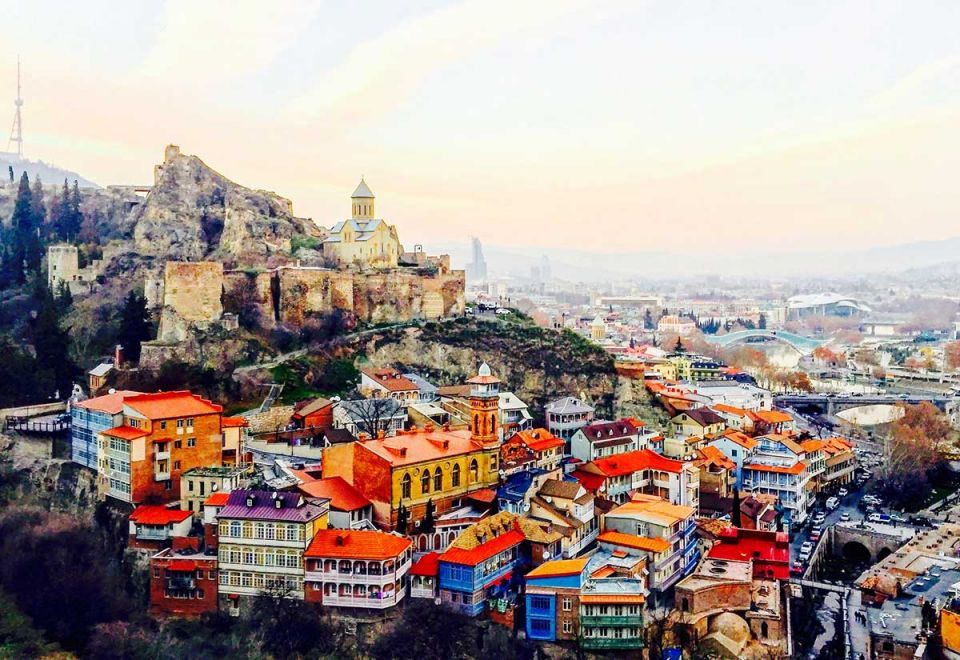 Georgia’s capital Tblisi has enticed many travellers from the Gulf region.

We also considered what we might do differently when things reopened. As in any other crisis, the key to survival is continuing to find opportunities for growth. We did not stop any planned or ongoing investments, persevered with renovations and the expansion or building of new developments. We analysed our business model critically, looking at ways to improve. As a result, working with business partners and banks, ensuring a common strategy with the government.

The Georgian hospitality industry has made a heroic effort to bring it back to a position where it can welcome tourists en masse as close to normal as before.

I’m glad we persevered. The latest figures are promising: in June, tourist numbers from the Eastern Mediterranean and the Gulf were up 186.5 percent year on year – thanks not only to strong progress in vaccinations and the resumption of flights, but also to the investments in safety measures made along all parts of the hospitality value chain.

I expect some positive shifts for tourism in the coming years. Consumers around the globe have amassed an extra $5.4tn in savings since the pandemic began, which they will now want to spend. As both international and domestic tourism ramps up, those who recognised the value of their people, upgraded, professionalised, and didn’t rely on the government to resolve the situation are now in the strongest position to benefit from the release of spending potential.

Meanwhile, the true value of the Abraham Accords for travel and tourism in the wider region is yet to be realised. Signed, of course, in the midst of a pandemic, I firmly believe we have yet to see the agreement’s full significance, particularly for regional, cross-border cultural exchange. Georgia already welcomes tens of thousands of Israeli tourists each year, for example; for travellers from the Gulf also keen to see the world and broaden their horizons, the new dawn ushered in by the Accords can only be a positive for our region.

The past year has shown that those who are most invested in the spirit of the hospitality business are now the most resilient. We need to be prepared for future crises, because there will be more. But I am certain that as it caters to more and more regional and international travellers, the Georgian tourism industry has emerged stronger and more welcoming than ever.

Jordi Kuijt is CEO of Silk Hospitality, one of the major hospitality providers in Georgia

Just four words are needed to sum up the main findings of this year’s African hotel chain development pipeline survey...

UK partners with India to deliver a circular plastics economy