by The FINANCIAL
2 mins read
Start

Germany without its stalwart former leader Angela Merkel faces a number of huge challenges – not least the threat of Russia invading Ukraine.

While Germany wants to provide leadership within the European Union, its diplomatic stance over Russia is at odds with many other countries within NATO. 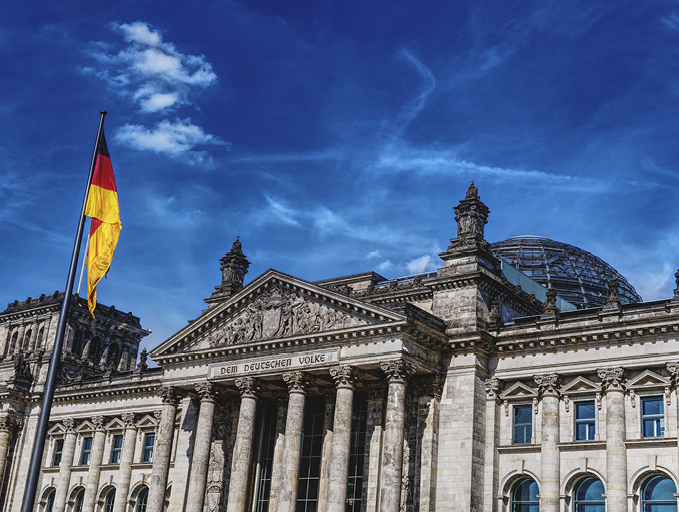 Those are the views of Dr Ed Turner, a reader in politics at Aston University, who was interviewed in the latest episode of the ‘Society matters‘ podcast series, presented by journalist Steve Dyson.

The episode, subtitled ‘What Germany’s new government means for the UK, Europe and Russia’, follows a political shift following the departure of Chancellor Angela Merkel last year after 16 years in charge, after the defeat of her Christian Democratic Party.

Dr Turner said the immediate priority for new Social Democrat Chancellor Olaf Scholz was “undoubtedly the crisis in Ukraine and the positioning of large numbers of Russian troops on Ukraine’s border, and the real worry that Russia will invade”.

He said Germany wants the issue addressed, “but is doing so in a way that is really very cautious and is disappointing to many of Germany’s allies”. Dr Turner, who is also co-director of the Aston Centre for Europe, said Germany’s “very different approach” was reflective of its history with Russia.

He explained: “There is a strong sense that Germany owes a significant debt, has a particular responsibility towards Russia for the losses incurred in World War One and, particularly, in World War Two.

“The perception is that German troops once again firing at Russian soldiers would be a tremendous failure. Germany also places a strong emphasis on diplomacy as a way of engaging in foreign relations rather than hard military interventions.”

There were also “economic angles”, he added, with Germany needing Russian energy at a time when it was committed to phasing out coal and nuclear power.

Dr Turner, whose fascination with Germany began when he cycled through the country as a teenager, said a “carrot and stick” balance was dividing the country, with 68 per cent of west Germans but only 34 per cent of east Germans last year supporting EU sanctions against Russia.

This reflected “really big disparities” more than 30 years after German reunification, with 60 per cent of east Germans feeling they are treated as second class citizens.

Dr Turner said post-Merkel Germany faced big challenges including handling Covid-19, large parts of German infrastructure “really crumbling” with a big backlog of investment needed, and a pledge to move faster towards net zero emissions. But he added that UK-German relations in the wake of Brexit were not on the list of big things.

But Dr Turner said there was “huge affection” for the UK in Germany. “Germans are willing to disentangle the UK from Brexit and to say ‘we want to move on and don’t think badly of you’. I really want to see bridge-building between the two countries over the coming years.”

Dr Turner said Germany remained “nervous” of the advance of the far right, especially if numbers of refugees coming to Germany were to grow. He said Angela Merkel would be remembered for Germany’s “humane response” to the 2015 refugee crisis, but others were “much more critical” over her policy.

This, he added, led to German society becoming divided and the far right gaining ground. But Dr Turner acknowledged Mrs Merkel as a “remarkable leader who really broke the mould” as the first woman Chancellor and first from the east.

In contrast, her successor is seen as a “steady hand on the tiller” as he heads a “traffic light coalition” of Social Democrats, Greens and Liberals.

In last 100 Days U.S. Blocked or frozen more than $30 billion worth of sanctioned Russians’