Using a new imaging technique, researchers from the National Eye Institute have determined that retinal lesions from vitelliform macular dystrophy (VMD) vary by gene mutation. Addressing these differences may be key in designing effective treatments for this and other rare diseases. NEI is part of the National Institutes of Health.

“The NEI’s long-term investment in imaging technology is changing our understanding of eye diseases,” said NEI Director Michael F. Chiang, M.D. “This study is just one example of how improved imaging can reveal subtle details about pathology in a rare eye disease that can inform the development of therapeutics.”

VMD is an inherited genetic disease that causes progressive vision loss through degeneration of the light-sensing retina. Genes implicated in VMD include BEST1, PRPH2, IMPG1, and IMPG2. Depending on the gene and mutation, age of onset and severity vary widely. All forms of the disease have in common a lesion in the central retina (macula) that looks like an egg yolk and is a build-up of toxic fatty material called lipofuscin. VMD affects about 1 in 5,500 Americans and there is currently no treatment for this condition. 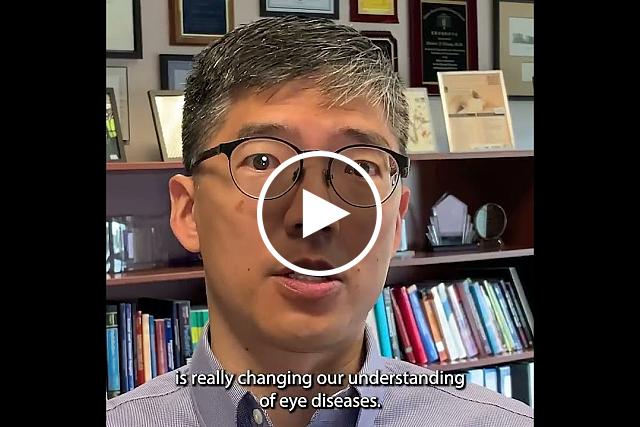 National Eye Institute’s mission is to “conduct and support research, training, health information dissemination, and other programs with respect to blinding eye diseases, visual disorders, mechanisms of visual function, preservation of sight, and the special health problems and requirements of the blind.

Tam and his team collaborated with clinicians at the NEI Eye Clinic to characterize 11 participants using genetic testing and other clinical assessments, and then evaluated their retinas using multimodal imaging. Assessment of cell densities (photoreceptors and RPE cells) near VMD lesions revealed differences in cell density according to the various mutations. IMPG1 and IMPG2 mutations had a greater effect on photoreceptor cell density than RPE cell density. The opposite was true with PRPH2 and BEST1 mutations. In participants with only one affected eye, the researchers noted similar effects on cell density in the unaffected eye, despite lacking lesions.

Tam is using multimodal imaging on a variety of other rare retinal diseases and more common ones including age-related macular degeneration.

This press release describes a basic research finding. Basic research increases our understanding of human behavior and biology, which is foundational to advancing new and better ways to prevent, diagnose, and treat disease. Science is an unpredictable and incremental process— each research advance builds on past discoveries, often in unexpected ways. Most clinical advances would not be possible without the knowledge of fundamental basic research. To learn more about basic research, visit https://www.nih.gov/news-events/basic-research-digital-media-kit.