The FINANCIAL - Antarctica asteroid impact from 430,000 years ago discovered by scientists 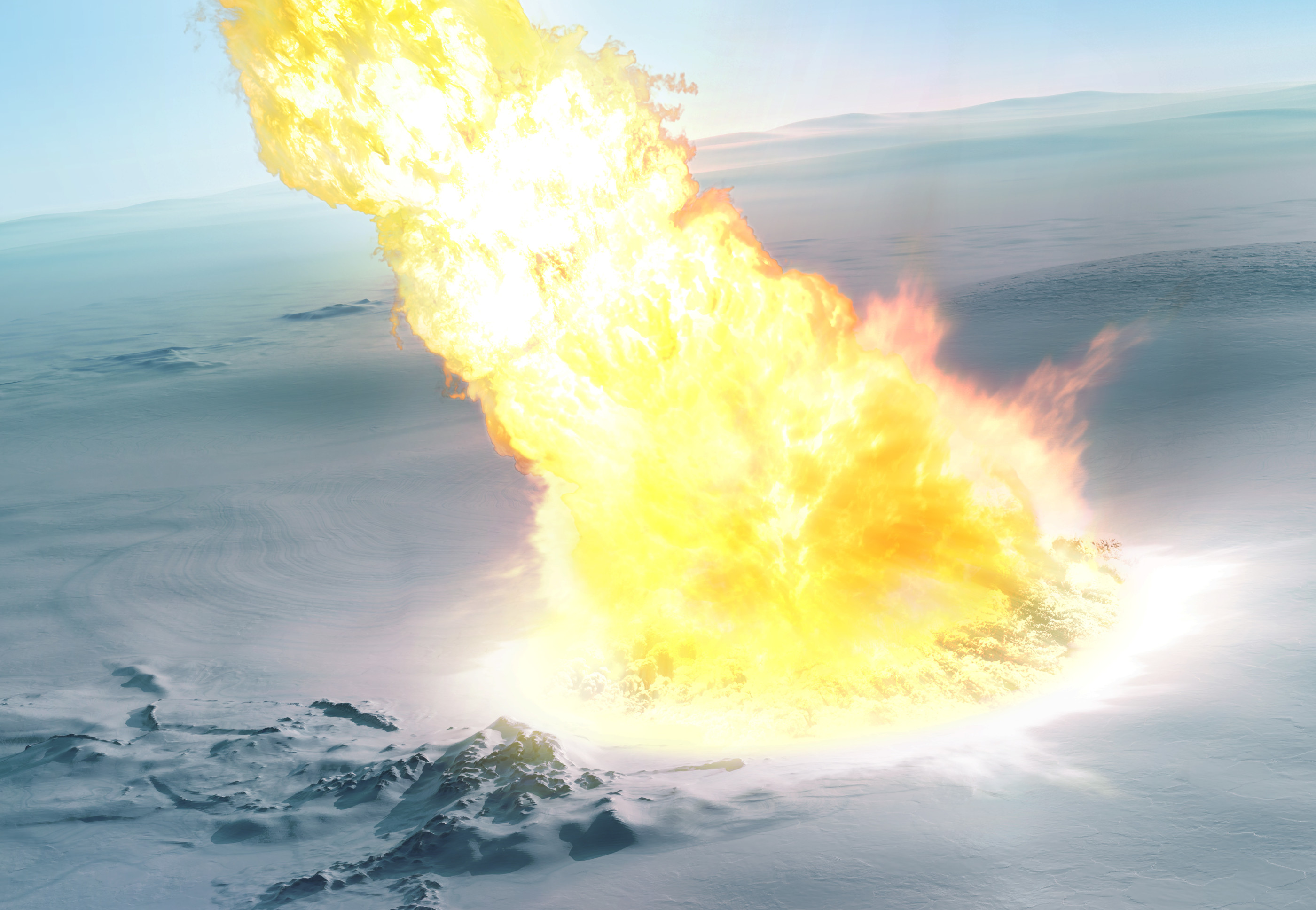 Antarctica asteroid impact from 430,000 years ago discovered by scientists
Share This

The FINANCIAL -- Space scientists have discovered extra-terrestrial particles which point to a medium-sized asteroid impact in Antarctica 430,000 years ago. The international team, led by the University of Kent and including Imperial College London researchers, found the particles on the summit of the Walnumfjellet mountain in Queen Maud Land, East Antarctica according to Imperial College London.

The particles, known as condensation spherules, point to an unusual touchdown event where an asteroid at least 100 metres in diameter hit the ice at high speed 430,000 years ago. This caused an explosion that unleashed a jet of melted and vapourised meteoritic material, which scattered and settled over the Antarctic ice sheet.

The authors say the research, published in Science Advances, heralds an important discovery for the geological record, where evidence of such events in scarce. Their scarcity is primarily due to difficulties in identifying and characterising impact particles.

Study Co-author Dr Matthew Genge from Imperial’s Department of Earth Science and Engineering said: “Although we can be pretty sure our ancestors didn't witness this explosion, it would surely have scared a lot of penguins. The explosion of asteroids or comets only a few tens of metres in size, at low altitude, can be like nuclear blasts, with energies measured in megatonnes. Although rare, these events are more common than those that make craters, and the most difficult to detect in advance."

The researchers examined the debris from the mountain, which is part of the Sør Rondane Mountain range, by analysing extremely small amounts of different chemical elements. They found that the high nickel content and unique oxygen signatures of the debris, which allowed them to pin down the rough date of impact, demonstrated the extra-terrestrial nature of the recovered particles, Imperial College London notes.

The study also highlights the importance of reassessing the threat of medium-sized asteroids like this one, as an impact of this size would be entirely destructive over a large area.

Dr Genge added: “The smoking gun is in the dust. The presence of oxygen from Antarctic ice in these particles tells us about the intense heat generated by this explosion - enough to turn frigid ice into super-heated steam. It is astonishing that such a tremendous event could leave almost no trace - they literally can only be seen through a microscope in the tiny dust particles they produce.

"Each small asteroid and comet crossing the Earth's orbit is a disaster waiting to happen. It’s only chance that we've never witnessed an event of this magnitude, but chance has a habit of eventually turning into history."

Lead author Dr Matthias van Ginneken from the University of Kent said: “While touchdown events may not threaten human activity if occurring over Antarctica, if they were to take place above a densely populated area, they would result in millions of casualties and severe damages over distances of up to hundreds of kilometres, according to Imperial College London.

“To complete Earth’s asteroid impact record, we recommend that future studies should focus on the identification of similar events on different targets, such as rocky or shallow oceanic basements, as the Antarctic ice sheet only covers 9% of Earth’s land surface. Our research may also prove useful for the identification of these events in deep sea sediment cores and, if plume expansion reaches landmasses, the sedimentary record.”

This story was adapted from a press release by the University of Kent.

The extra-terrestrial particles examined in this study were found during the 2017-2018 Belgian Antarctic Meteorites (BELAM) expedition based at the Belgian Princess Elisabeth Antarctic station and funded by the Belgian Science Policy (Belspo).