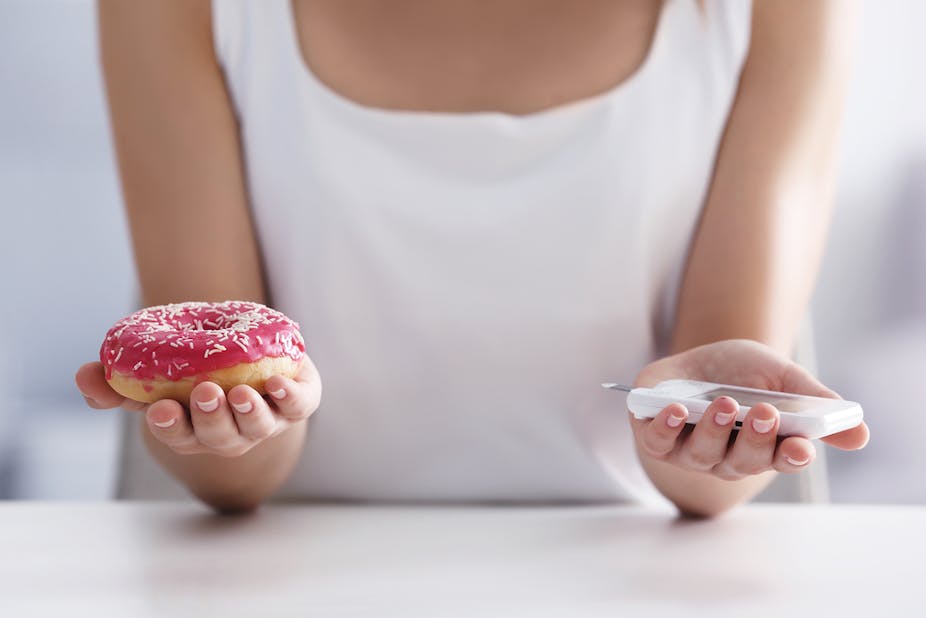 The FINANCIAL -- As the world progresses, it is only natural to see new problems emerge, however, diabetes and the over consumption of sweets in general has been an existing issue for a while.

In short, statistics suggest that immediate action is required, especially considering the lack of awareness among children which can potentially lead them to experience unpleasant, or even fatal consequences.

If medical care costs on Type 1 diabetes are sitting at GEL 50,000, the medical care for Type 2 might cost nine times that amount!

THE FINANCIAL reached out to one of the leading experts in the field, Professor of Endocrinology Ramaz Kurashvili, who, during an interesting interview, shared his lifelong experience and personal attitude towards the matter.

“Overconsumption of sweets can be directly compared to drug addiction. Sugar consumption, followed by immobility, raises insulin levels which lead to an even stronger hunger for sweets. Nowadays children are consuming daily levels of sugar which were previously considered to be the appropriate amount for adults. As an example, if a child daily drinks one litre of your average lemonade, their annual sugar consumption reaches a total of 50 KG, almost 25 times the annual amount recommended for children.” Ramaz Kurashvili told THE FINANCIAL.

The numbers certainly sound frightening! It is almost certain that there are a number of people who are consuming sweet beverages on a regular basis, and a one litre daily limit can easily be surpassed by drinking just two bottles a day.

In order to gain further insight into sugar consumption, THE FINANCIAL approached major sweets producers to analyze their sales rates. Unfortunately, such information could not be revealed to us for confidential reasons. One very popular soft drink producer even claimed that we should have approached the MINISTRY OF ECONOMY for access to the sales rates on their products, which seemed fairly ridiculous.

Having now understood the bureaucratic barriers to gathering specific sales information, THE FINANCIAL approached GEOSTAT (NATIONAL STATISTICS OFFICE OF GEORGIA) who provided us with data on the total production of sweet beverages, chocolate bars and cakes - useful to us because, as any decent economy student will tell you, product supply is equal to its demand.

Understanding the numbers is very important. As Ramaz Kurashvili mentioned, the current 435 million diabetics in the world is just rough a estimate, to include those who are close to being diagnosed with Type 1 diabetes would probably double the levels to 870 million. In Georgia, there are around 300,000 diabetics and the statistics are predicting an increase in this number.

Understanding these figures compelled us to highlight the danger signs for those diabetics, as of yet still undiagnosed, who are unaware that they could be classified as ones.

“In the constant fight with diabetes, it is becoming more and more essential to be presented with an organized risk management system by the government. Age is one of the main determining factors, as the risks increase as the person gets older. Obesity, the lack of physical activities, unhealthy food, high arterial pressure, increased levels of fats in the blood and lack of decent sleep, are all amongst the next most telling factors. Surprisingly, prevalence of negative emotions as well as stress and air pollution can also lead to diabetes.”

As for the youth, according to Ramaz Kurashvili, the highest risk of getting diabetes is among children between ages 4-7 and 10-14.
The natural follow-up for us was to inquire into the actions taken by the sweets producers, for example some sort of CSR (Consumer Social Responsibility) activities to increase awareness of the negative effects caused by the overconsumption of sugar, to which Professor Kurashvili answered to not have heard about any.

The shark international companies such as Coca-Cola and PepsiCo might have CSR programs concerning plastic waste, however, almost no events have been organized to increase social awareness about sugar consumption, especially in Georgia.

THE FINANCIAL also wanted to determine if introducing government regulations on sweets was a popular opinion among experts.

It turned out that the experienced Professor Kurashvili was not supportive of heavy regulations.

“Radical politics will probably cause more harm. Again, it is only up to people to make a positive change. However the progression I would like to have seen in the government system is hiring more qualified experts in the MINISTRY OF HEALTH CARE. Those at the top might be decent managers, but often they lack expertise in medical fields. Improvements in social awareness should be the goal, and experience from experts would probably be more effective.”

“Referring to the current government health insurance programs, the money required to treat the worse symptoms of diabetes are increasing exponentially, so fast, in fact, that no budget could pay for them. Just to put it into perspective, if medical treatment costs on Type 1 diabetes are sitting at GEL 50,000, the costs for Type 2 might need 9 times that amount! I see the more efficient solution being spending money on increasing social awareness and on curing early stages of the disease, so the furthered symptoms of diabetes can be avoided for good.”

One important tip which Ramaz Kurashvili mentioned was the necessity of controlling daily calorie consumption. The standard 3 meal day should include a 200-300 KCAL breakfast, 400-500 KCAL lunch and 300-400 KCAL dinner. The snacks between meals are recommended to not exceed 100-200 KCAL.

Going for a walk after work, was one of his suggestions as well however he put a huge emphasis on the impact of the quality of the air, stating that breathing in polluted air would actually be more harmful to oneself.

Diabetes continues to be an emerging health issue. In the modern world, we are guaranteed to have at least a few people around us with the disease and even more with a high chance of getting it.

Increasing public information on the disease is critical and requires a contribution from all of society.