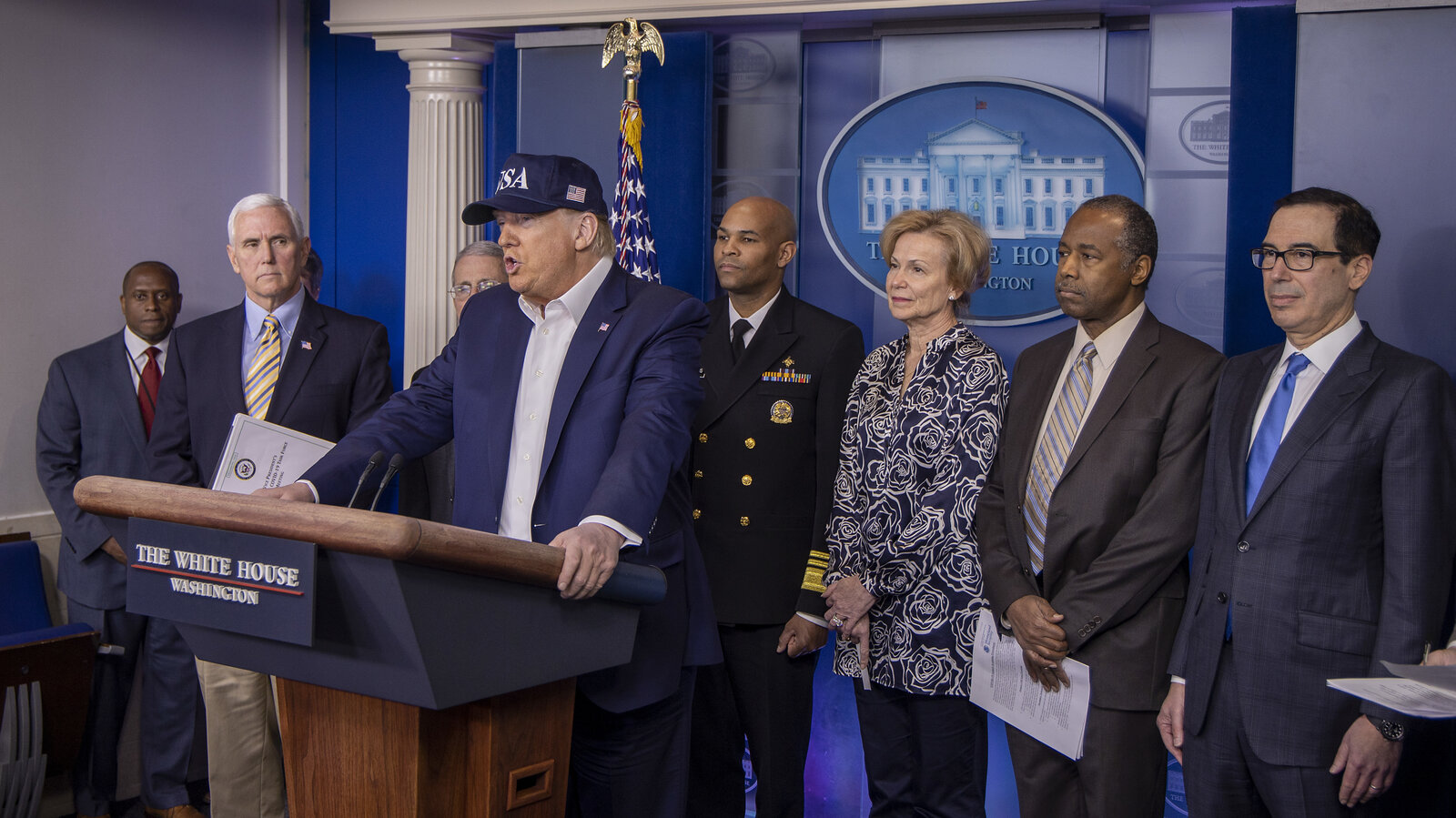 Coronavirus: U.S. To Extend Europe Travel Ban To U.K. And Ireland
Share This

The U.S. is extending the current ban on travel from Europe to include the U.K. and Ireland, effective midnight Monday, the Trump administration said Saturday.

The travel ban does not apply to American citizens, legal permanent residents, their immediate families, and certain others. These people will be channeled through one of 13 airports equipped to do special screening.

"If you don't have to travel, I wouldn't do it," Trump said. "We want this thing to end. We don't want a lot of people getting infected."

The Trump administration said the number of Americans who have died of the coronavirus now stands at 50, with more than 2,200 cases in the country. It is in nearly every state, plus Puerto Rico and the District of Columbia.

At a press conference on Saturday, the president said that he was tested for the coronavirus Friday night and that the results would be available in "a day or two days." He said that his temperature had been taken prior to entering the press room and that it was "totally normal." That came hours after the president's physician, Sean Conley, said Friday night that Trump "remains without symptoms" and testing was not needed. Trump had previously been in contact with people who later tested positive for coronavirus.