The criminal from Bucha lost his phone in Ukraine. “They already know they are known all over the world”

by The FINANCIAL
in Ukraine
0

Anyone who was outraged by the Russian crimes committed against the inhabitants of the Ukrainian cities of Bucha, Irpin and Hostomel, can personally convey the message to the Russian commander, Col. Azatbek Omurbekov or his wife Ekaterina, who also serves in the army. The colonel’s phone number and the details of over a hundred Russian degenerates subordinate to him were known thanks to the fact that Sergeant Petr Zakharov, a participant in the massacre, lost his cell phone on the battlefield in Bucha. 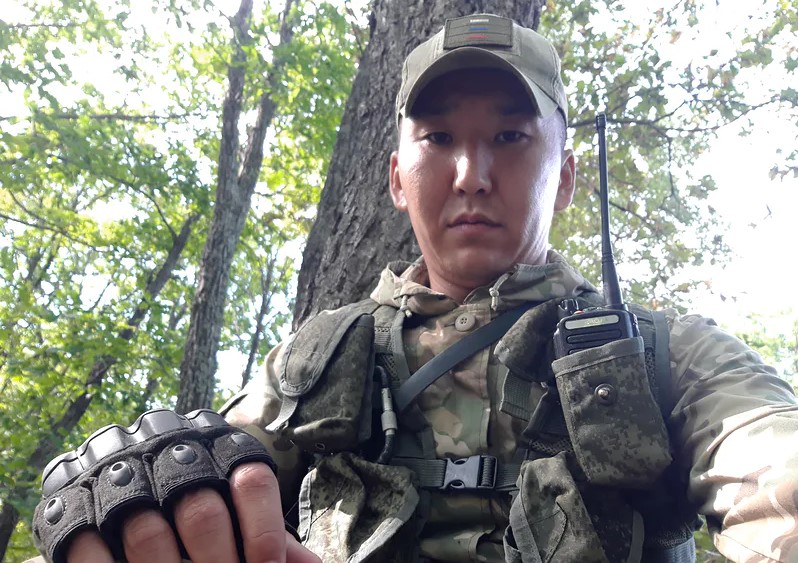 Colonel Azatbek Omurbekov, commander of the 64th Motorized Rifle Brigade, whose soldiers massacred Ukrainian civilians in Bucha, has a 75 m2 garden house in the city of Chebarkul and an apartment in Chelyabinsk at 6 Postyshev St. He drives a Chevrolet Niva with the registration plate X189KE174. He has unpaid traffic tickets for speeding and non-compliance with traffic signs.

It is known that before leaving for the war he was personally blessed “for a crusade in Ukraine” by His Excellency Metropolitan Archbishop of Khabarovsk. Colonel’s wife Ekaterina also serves in the military. The spouses’ passport numbers are already known, which is why the British put them on the sanctions list.

This is only a part of the findings of the members of the InformNapalm community, who investigated the data on the brigade commander and over a hundred Russian soldiers responsible for crimes in towns near Ukrainian capital Kyiv. The identifying data of the first 50 have been published.

Knowing such details would not have been possible without the surprising gift from Sergeant Petr Zakharov (Omurbekov’s subordinate) who lost his phone in Bucha. The phone contained 13 gigabytes of photos, films and various documents.

You can call a Russian colonel. We have his cell number

– Information from the phone and the documents its memory corroborate the information collected from public sources. We will show many of them as evidence. These photos helped us confirm the commander’s data, identify more than 100 companions of sergeant Zakharov, who in March 2022 were active in the Kyiv Oblast of Ukraine and are clearly implicated in the war crimes committed in Bucha, Hostomel and Irpin – says Irakli Komaxidze, one of the leaders of the InformNapalm community, in a comment to Wirtualna Polska news outlet. It is a community of volunteer OSINT experts and analysts revealing the backstage of the Russian war in Ukraine.

He tells how the commander of the Russian unit was tracked down. “Initially, we only received a list of units operating near Kyiv from the Ukrainian intelligence. We did not know who was actually in command of the 64th brigade. I found clue when I in the report from the Victory Parade on May 9, 2021, in Khabarovsk. The announcer mentioned the name of Omurbekov, who was a newly-appointed commander at the time. An anti-war activist from Khabarovsk, who recently served in the 64th brigade, helped us a lot” – says Komaxidze.

“Now we even have the passport numbers of Omurbekov and his wife, as well as many other brigade’s soldiers. The colonel’s phone number is +79143948515. You can even call Omurbekov in person, if you want to. I know that the 64th brigade has already been transferred to the Donbas, but the colonel’s phone was logged into the network in April. I didn’t call. I would have nothing to say to him. Anyway, he already knows that he has been made famous around the world and probably will not answer” – adds the interviewee to Wirtualna Polska.

We checked the colonel’s phone, and it did not answer. His wife blocked the possibility of sending messages via VK messenger. The commander did not react to our message asking if he knew that he had been indicated as a criminal and if he was afraid of the revenge of Ukrainian soldiers. 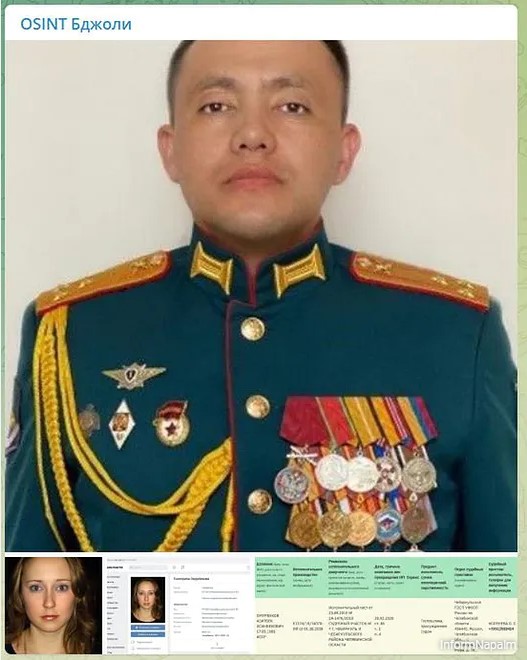 Irakli Komaxidze emphasizes that Russian intelligence services already know about the InformNapalm’s activities. They hurriedly clean up various local Khabarovsk publications and soldiers’ accounts in social media, which would identify their names and photos. For example, the data of Captain Dmitry Degotyi (64th brigade, reconnaissance) were deleted from the Internet. However, InformNapalm investigators had secured the archives. They say “we are holding a surprise for the captain.”

Therefore, the lost phone of the 30-year-old Sergeant Petr Zakharov, who, being a contract soldier in the unit’s reconnaissance, became a valuable source. It contains photos, reports and documents confirming the preparation time and the first days of the invasion. By the way, they say a lot about the mentality of a typical Russian soldier.

At home, Zakharov liked to drink with his mother-in-law. They later sang and danced merrily in the kitchen. He also had a series of videos documenting sex with his wife on his phone. “Disgusting and nauseous,” intelligence agents report. In turn, a video recorded during the exercises last year proves that the sergeant was beating his subordinate soldiers who reported various problems.

This explains the low morale of the Russian army. There is no brotherhood in arms, everything is based on coercion, fear and humiliation. That is why Russian soldiers, when they have an opportunity, abandon their equipment, surrender or flee the battlefield, sums up Komaxidze.

InformNapalm announces the publication of a database of Russian soldiers who signed up for contract service just before the “exercises in Belarus”. They probably already knew the purpose of the “exercises”.

InformNapalm does not receive any financial support from any country’s government or large donors. Only community volunteers and our readers help us to maintain the site. You can become one of the community volunteers. Please support the development of InformNapalm, the unique volunteer intelligence resource, with donations through Patreon.

Building a Strong Organizational Culture In The Post-COVID Reality