Embraer and Boeing Approved the Terms of Strategic Aerospace Partnership 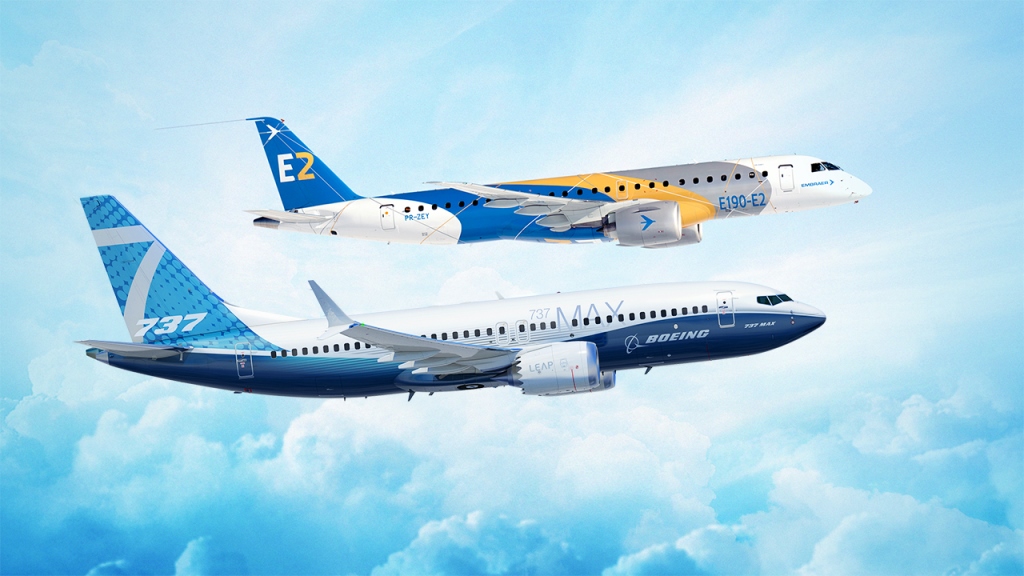 The FINANCIAL -- Embraer and Boeing have approved to the terms of a strategic partnership that would position both companies to accelerate growth in global aerospace markets.

The approved terms define the joint venture comprising the commercial aircraft and services operations of Embraer, in which Boeing will hold an 80 percent ownership stake and Embraer will hold the remaining 20 percent. The transaction remains subject to approval by the Government of Brazil, after which Embraer and Boeing intend to execute definitive transaction documents. The closing of the transaction will then be subject to shareholder and regulatory approvals and customary closing conditions.

Under the terms of the proposed partnership, Boeing will acquire an 80 percent ownership stake in the joint venture for $4.2 billion. The partnership is expected to be neutral to Boeing's earnings per share in 2020 and accretive thereafter. Estimated annual pre-tax cost synergies of approximately $150 million are anticipated by the third year of operations.

Once the transaction has closed, the commercial aviation joint venture will be led by Brazil-based management, including a president and chief executive officer. Boeing will have operational and management control of the new company, which will report directly to Dennis Muilenburg, Boeing chairman, president and chief executive officer. Embraer will retain consent rights for certain strategic decisions, such as transfer of operations from Brazil.

The companies have also agreed to the terms of another joint venture to promote and develop new markets for the multi-mission medium airlift KC-390. Under the terms of this proposed partnership, Embraer will own a 51 percent stake in the joint venture, with Boeing owning the remaining 49 percent.