by The FINANCIAL
in Auto
0

FCEVs run on hydrogen, a fuel that can be produced from various energy sources and contributes to preservation of the global environment and reinforcing energy security. They are the ultimate eco-cars, offering long cruising ranges with a short refueling time and generating zero emissions. The first-generation Mirai, launched in 2014, was a revolutionary FCEV and a global forerunner in mass production. During the early stages of the Mirai’s introduction, there was limited supply capacity, and customers made various requests including a larger seating capacity and longer cruising range.

In response, Toyota set a target for the all-new Mirai to create a “premium car that will make customers think that ‘this is a high-quality car that I truly want’ immediately upon seeing it, while driving, and after they complete a trip,” while maintaining its status as an FCEV.

The BMW M Hybrid V8 has arrived in North America

Hydrogen use has progressed in various forms with the aim of creating a low-carbon and decarbonized economy, and Toyota plans to use new fuel cell (FC) systems that pursue compact size, efficiency, and productivity in the means of mobility that support society including trucks and buses, and contribute to the expanded use of hydrogen.

The new Mirai will serve as a new departure point for creating a hydrogen-based society of the future.

Two grades―the standard G grade and the high-end Z grade―are available. Both grades are equipped with ample and comfortable rear seat space, and the “Executive Package,” with enhanced comfort as a luxury vehicle, is available. The “A Package” that includes Toyota Teammate Advanced Park and other features is available for the G grade. Prices for vehicles with Advanced Drive are not yet set.

Tags: A premium car that customers will truly want
ADVERTISEMENT 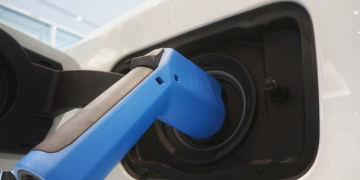 Ahead of schedule, Penn Transit Services has procured and launched its first-ever fleet of passenger vans that run entirely on...

The BMW M Hybrid V8 has arrived in North America