by The FINANCIAL
in Insurance
0

How to save money on car insurance

The combined impact of economic and geopolitical crises is causing virtually unprecedented levels of complexity in the business environment for primary insurers and reinsurers worldwide. High inflation in particular is having a profound effect on loss expectancy in many operating segments, according to analysis by Munich Re.. Also feeding into the equation are the changing landscape for risks such as cyber and climate change, and the fallout from the coronavirus pandemic, which is still perceptible in some areas.

In response to high inflation, central banks have hiked their base rates, which, in turn, can impact the balance sheets of (re)insurers as a result of fixed-interest securities falling in value. Soaring interest rates can initially trigger a decline in (re)insurers’ capital bases and affect their capacity, despite higher rates having a positive effect on earnings power in the medium term.

The outlook both on the economy and on inflation has become bleaker in the past few weeks, especially in Europe. That, along with increasing risks from cyber attacks and natural disasters, puts insurers in a difficult and complex situation where financial strength and risk expertise will be what pay off. Inflation expectations and changing risks have to be reflected in our pricing for insurance cover. By taking this approach, we can remain a strong partner for our clients and, together with them, support economic resilience.

Thomas Blunck
Member of the Board of Management

Economic uncertainty is especially high. Recently, analysts have repeatedly had to revise growth forecasts down and inflation forecasts up. Like many research institutes, Munich Re’s Economic Research unit is working on the assumption that the eurozone will slide into a recession this winter. Looking at the year 2023 as a whole, real-term GDP in the eurozone is expected to stagnate. A significant economic downturn is also looming in the US, according to analysis by Munich Re.

A matter of even greater concern for insurers in the short term is inflation, which has continued to rise in recent months – in some cases considerably. Many markets are now seeing inflation rates reach their highest levels in 40 or even 50 years. In Europe, prices are being driven up primarily by energy and food costs. Still, the situation here is similar to that already observed in the US: because prices are rising on an increasingly widespread basis, the core inflation rate is also being forced up. For insurers, the situation is exacerbated by the fact that the inflation rates for key loss components, such as construction costs, are in many cases higher than general inflation.

Even if inflation does start to slow, rates in 2023 are still expected to remain above the long-term average. In the US, the annual average consumer price inflation for 2023 is anticipated to be around 4.3% (2022: 8.0%). As for the eurozone, the expectation is for inflation to remain very high next year, at 5.8% (2022: 7.9%). The risks that influence this outlook are still asymmetrically distributed. In other words, scenarios with even higher inflation rates are more likely to be seen in 2023 than those with unexpectedly lower rates. The outlook for commodity and energy markets, especially the gas market, continues to be a key driver of this uncertainty. In light of that, inflation risks, too, are higher in Europe than the US.

All these factors are leading to a steady increase in demand for reinsurance. Concurrently, however, reinsurers are seeing their capital bases and, by extension, their capacity decline. “Munich Re continues to be in a financially strong position, with a solvency ratio that even rose to just over 250% at the end of June 2022. Despite inflation, changing risks, and overall high levels of uncertainty, we stand at the ready with our capacity. What is crucial is that we ensure, together with our clients, that all of these developments are adequately covered in the pricing,” said Thomas Blunck, whose responsibilities on Munich Re’s Board of Management include the Europe/Latin America Division, ahead of the annual Baden-Baden reinsurance meeting.

In today’s difficult economic environment, precisely assessing changing risks is also an absolute must. The changing conditions that are causing severe thunderstorms, often with heavy hail, are one example of a natural hazard that is a visible and ever-worsening consequence of climate change in Europe. Two hailstorm episodes in France – in June and July – during the heatwave in central Europe resulted in huge losses for the insurance industry to the tune of €4bn. Neighbouring countries also experienced hailstorms. For example, an unusually strong thunderstorm cell formed close to the Pyrenees in eastern Spain on 30 August, producing hailstones measuring up to 12 cm in diameter. Usually, even severe thunderstorms will produce only a relatively low volume of such large hailstones. In this case, however, the extent and intensity of the storm cell were so great that an extraordinarily high quantity of hailstones with a diameter of over 10 cm were observed. Dozens of people were injured and one child died in La Bisbal d’Empordà.

Munich Re data shows that losses caused by severe thunderstorms – also known as convective events – have already risen considerably since 1980, even when adjusted for price increases and rising values. Two studies1 co-funded by Munich Re, one in 2018 and one in 2019, concluded that the probability of severe hailstorms occurring in many regions of Europe had already increased and that in certain regions, depending on the climate scenario, their frequency would rise significantly – notably in northern Italy, southern Germany and large parts of France. The accumulation potential of severe thunderstorms is immense if a major urban area with high values is hit by hailstorms together with extreme rainfall.

“Munich Re is greatly stepping up its research and modelling of risks such as severe thunderstorms with hail or heavy rainfall. Our experts from a wide range of fields in the natural sciences have been analysing the consequences of climate change for decades. By collaborating with research institutes and developing preventive measures, like we do at the Institute for Business and Home Safety (IBHS) in the US, we are assigning a price to natural hazards and supporting loss-mitigation efforts,” Blunck continued.

Germany – An insurance market with challenges and potential

Germany’s insurance market is highly competitive, calling for strict pricing discipline and rigorous risk management in certain areas. As Claudia Hasse, Chief Executive at Munich Re for Germany, Cyber Europe & Latin America, explains: “When it comes to natural disaster risks, the devastating floods in Germany’s Ahr Valley in 2021 were a wake-up call and a signal that climate change is already having consequences. We have the expertise and capacity to support the industry in its efforts to increase insurance density for severe natural hazards such as flooding. But to do that, the pricing must be commensurate with the risk – and the impact of climate change can no longer be underestimated.”

It has been a trying time recently for the fire segment in commercial and industrial business, and for the motor vehicle segment alike. While there is no clear market indicator for the performance decline in fire, motor’s poorer results are attributable to increased traffic volume following two pandemic years, the hike in prices for replacement parts, repairs and new and used cars, and bottlenecks at workshops and car rental companies. Higher claims expenditure is expected to cause primary insurers to make an underwriting loss in 2022. When it comes to German cyber insurance, the significantly higher combined ratios are not reflected one-to-one in Munich Re’s portfolio.

“By offering our clients in all segments our know-how and capacity, we can help them ensure the long-term success of their business. I also see great potential for us in structured reinsurance solutions as a means to provide our clients with capital relief and smooth their operating results, and in data analytics and AI given how heavily German primary insurers are investing in digital transformation at the moment,” Hasse says. Another focus in 2023 will be on technical performance guarantees for batteries, which primary insurers will be able to include in motor policies, for instance.

In the European cyber insurance market, Munich Re, as the market leader, is concentrating on sustainable profitability and prudent underwriting of risks. “Our cyber business is profitable in Europe as well, even if a number of major losses have brought its earnings power down to slightly below that of the worldwide business. Our clients benefit from our expertise, and are outperforming the market in Germany, for instance. We also selectively underwrite industrial business, but our main focus is on small to medium-sized enterprises and on covering cedants’ private-client portfolios,” says Hasse.

Demand for cyber coverage is high, with premium volume in Europe rising from just over €400m to €2bn in the last five years. Increasing cyber risks will be firmly accounted for in Munich Re’s underwriting business. Munich Re has already added exclusions for systemic risks such as cyber war to its conditions and contributed to the rewording of similar standard clauses for Lloyd’s Market Association (LMA). These conditions are currently being adjusted for the local European markets. Munich Re is supporting efforts to improve the transparency and modelling of cyber risks to pave the way for the transfer of such risks to the capital market as well. 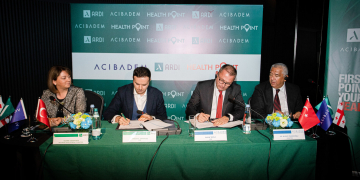 Enlisting among the many benefits for the insured at ARDI, the ACIBADEM Memorandum now enables services at one of the...

How to save money on car insurance