Each year, Warsaw Capital Market Summit attracts asset managers from leading global and regional financial institutions, representatives of public administration and economic journalists from around the world. During the conference, panellists discuss efficient investment and capital raising methods in countries within the region. Topics focus on the world’s economic development, Europe’s market potential and challenges in asset management.

WCMS 2015 Participants See Much Potential of Poland and the Region

The fifth edition of the international Warsaw Capital Market Summit on 18 June brought together several hundred guests representing investment firms, banks, issuers, representatives of financial institutions and the public administration, as well as financial journalists from around the world. The Warsaw Capital Market Summit 2015 is an event devoted to capital markets in Poland and in Central and Eastern Europe.

According to President of WSE Paweł Tamborski, Central and Eastern Europe remains attractive to foreign investors and the economic situation in the region improves. “Together we can offer investors a very good combination of relative stability owing to the fact that most of our countries are part of the European Union with the growth of emerging markets,” said Paweł Tamborski in the opening address of the Warsaw Capital Market Summit 2015.

Iwona Sroka, President of the Central Securities Depository of Poland (KDPW), delivered a presentation on the size and importance of the Polish capital market in CEE. She discussed the successes in its development as well as challenges for the future and imperfections. “The capitalisation of the Polish market represents 38 percent of the GDP. Warsaw has the dominant position in Central and Eastern Europe but this suggests that the market still has a huge growth potential,” said Iwona Sroka.

The participants of the discussion panel moderated by Iwona Sroka entitled “The potential of capital in Central and Eastern Europe” discussed, among others, the strengths and weaknesses of the markets in the region. “There are no reasons to be disappointed in the markets of Central and Eastern Europe in the past years. The external environment was not supportive. The markets were affected by such events as the Greek crisis and the Ukrainian conflict,” said Tim Umberger, Senior Advisor at East Capital. In his opinion, dynamic economic growth in many countries of the region should encourage many investors to look for opportunities in those markets in the coming years.

Filip Paszke, Director at Dom Maklerski PKO BP, referred to low growth in the profitability of the biggest companies as the reason for relatively moderate growth on the Polish exchange in the last years. “Mid-sized companies have benefited more from economic growth,” said Filip Paszke. Grzegorz Konieczny, CEO Romania, Executive Vice President, Director of Eastern Europe/Russia Strategy, Franklin Templeton Investments, explained that the relatively low increase of WIG20 in the past years was driven by the fact that banks and oil and energy companies have a very strong representation in the index.

“As the Exchange, we work to convince the international community that Warsaw is back in the game and it’s good to invest here. The activity of pension funds is improving, there are several large IPOs in the pipeline, and Poland’s economic situation is stable,” said President of GPW Paweł Tamborski. He added that in contrast to many other markets, Poland has developed a strong sector of funds. Many retail investors are also active.

The panel participants also discussed whether Poland should aspire to join the group of developed markets soon. Filip Paszke warned against too hasty decisions. “The Polish market will shrink after joining developed markets,” he said. “It is better to be a big fish in a small pond than a small fish in a big pond,” said Grzegorz Konieczny. “I believe that the potential of the region remains strong,” said Iwona Sroka in conclusion of the discussion panel.

The second panel of the conference was devoted to privatisation projects in Central and Eastern Europe. “We are approaching the end of the road. We have gained much experience in 20 years. The number of State-owned companies in Poland has dropped from 8,500 to 500 over that period,” said Secretary of State at the Ministry of Treasury Wojciech Kowalczyk at the panel entitled “Privatisations: ending or beginning?”

François Champarnaud, Head of Finance Division, French Government Shareholding Agency, shared the experience of France with privatisation. Vedrana Jelušić Kašić, Director for Croatia, European Bank of Reconstruction and Development, outlined the Croatian experience of privatisation. Matej Runjak, Member of the Management Board, Slovenian Sovereign Holding, described the specificity of privatisation in Slovenia. The panel participants discussed the role of representatives of the Treasury in authorities of companies. “The only recipe for the role of the State as a shareholder are corporate governance principles,” said Vedrana Jelušić Kašić. Paweł Tamborski described the changing role of privatisation in the economies of the region. In his opinion, Poland can become an exporter of capital in several years. International expansion of domestic companies is very important for the economies of the region.

The discussion during the third panel of the conference entitled “Real estate products – new opportunities for exchanges and investors” focused mainly on the opportunities for the Polish market offered by the introduction of Polish REITs – funds which invest in commercial real estate and benefit from tax incentives. Joseph Borowski, Managing Partner, Knight Frank, said in his presentation that the Polish market of commercial real estate is dominated by foreign investors while the share of domestic investors on many foreign markets is usually close to 50 percent. The introduction of REITs would ensure that real estate in Poland could provide Polish investors with more gains. “If REITs can be launched, a new class of public offerings will be available on the market,” said Jarosław Grzesiak, Managing Partner, Greenberg Traurig Grzesiak. “This could take the Polish market to another level,” said Giovanni Gregoratti, Head of Real Estate IB, Citigroup.

The fourth panel entitled “The growing role of debt capital markets in the corporate debt financing structure” discussed the outlook of the corporate debt market in Central and Eastern Europe and whether Europe is going to follow the US model where two-thirds of financing originates from the debt market. “Following the Russian crisis, investors are looking for new opportunities in the region,” said Katarzyna Goebel, Head of DCM Poland, BNP Paribas. “The differentiation between emerging markets and developed markets no longer applies to Poland. Analysts are now looking more at sectors. The same decisions can be made for companies in France and in Poland,” said Dominik Boskamp, Director, Debt Capital Markets EMEA, Barclays.

The Warsaw Capital Market Summit 2015 is one of the biggest conferences for international investors and companies looking to raise growth capital in Central and Eastern Europe. The event organisers are the Ministry of Treasury, the Warsaw Stock Exchange and KDPW with the support of Partners – global and regional financial, advisory and legal firms. 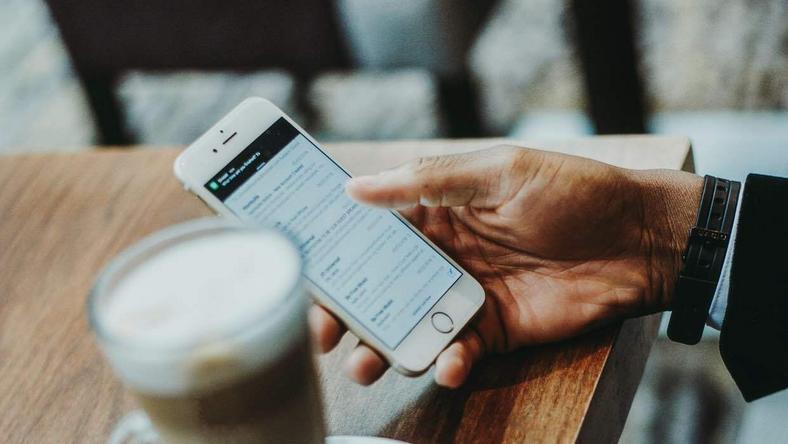