The FINANCIAL — The Justice Department’s investigation is tainted by historical ethics violations, and this lawsuit invents a legal theory that unlawfully forces pharmacists to come between patients and their doctors, and is riddled with factual inaccuracies and cherry-picked documents taken out of context according to Walmart.

Blaming pharmacists for not second-guessing the very doctors the Drug Enforcement Administration (DEA) approved to prescribe opioids is a transparent attempt to shift blame from DEA’s well-documented failures in keeping bad doctors from prescribing opioids in the first place.

“Walmart already sued the Department and DEA to stand up for our pharmacists, and we will keep defending our pharmacists as we fight this new lawsuit in court,” Walmart notes. 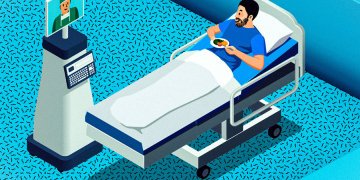 National Institutes of Health researchers have shown that areas of the genome related to brain development harbor variants that may...