Growth prospects of the East and South Asia regions have weakened, amid persistent trade tensions and policy uncertainty: UN report 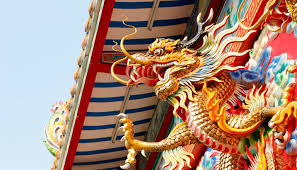 Growth prospects of the East and South Asia regions have weakened, amid persistent trade tensions and policy uncertainty: UN report
Share This

The FINANCIAL - Given persistently high trade tensions and policy uncertainty, the growth outlook of East and South Asia has weakened, according to the United Nations World Economic Situation and Prospects (WESP) 2020, which was launched today in Bangkok.

The Report states that the global economy suffered its lowest growth in a decade, slipping to 2.3 per cent in 2019. The world, however, could see a slight uptick in economic activity in 2020 if risks are kept at bay.

While global growth of 2.5 per cent in 2020 is possible, the Report cautions that a flareup of trade tensions, financial turmoil, or an escalation of geopolitical tensions could derail a recovery. In a downside scenario, global growth would slow to just 1.8 per cent this year. A prolonged weakness in global economic activity may cause significant setbacks for sustainable development, including the goals to eradicate poverty and create decent jobs for all. At the same time, pervasive inequalities and the deepening climate crisis are fuelling growing discontent in many parts of the world.

UN Secretary-General António Guterres warned that “These risks could inflict severe and long-lasting damage on development prospects. They also threaten to encourage a further rise in inward-looking policies, at a point when global cooperation is paramount.”

In 2019, GDP growth in East Asia slowed considerably to 5.2 per cent from 5.7 per cent the previous year, as high trade tensions and policy uncertainty weighed on exports and domestic demand. Looking ahead, the region is projected to sustain a more moderate growth pace of 5.2 per cent in 2020 and 2021. As business sentiments remain subdued, a strong revival of private investment appears unlikely. Nevertheless, the easing of monetary and fiscal policies across many economies in the region is likely to support growth.

In China, GDP growth is projected to moderate from 6.1 per cent in 2019 to 6.0 per cent in 2020. The implementation of policy stimulus measures will partially offset the adverse effects of the trade dispute on the economy. However, some of these measures may exacerbate domestic financial vulnerabilities, leading to higher financial stability risks.

Despite a weaker exports outlook, the growth prospects of several other large East Asian economies, including Indonesia, Malaysia, the Philippines and Thailand remains favourable, underpinned by resilient domestic demand. Private consumption will be supported by healthy labour market conditions and policy measures to boost household disposable income. In most of these countries, public investment growth is expected to strengthen, driven by the implementation of large infrastructure projects.

Economic growth in South Asia is forecast to recover to 5.1 per cent in 2020, after falling to a decade-low of 3.3 per cent in 2019, but it will remain well below the rates seen in the recent past. The region struggled in 2019 with a combination of external headwinds, notably the global economic slowdown and falling trade, and country-specific internal challenges. As the effects of one-off shocks wane and governments respond with vigorous fiscal expansion, economic activity will rebound in most of the countries.

In East Asia, continued high uncertainty surrounding global trade policies would not only prolong the weakness in exports, but could also generate significant spillovers to the domestic economy. In South Asia, the region remains highly exposed to external shocks, notably trade shocks and climate change, due to insufficiently climate-resilient infrastructures and a lack of productive economic diversification in most economies.