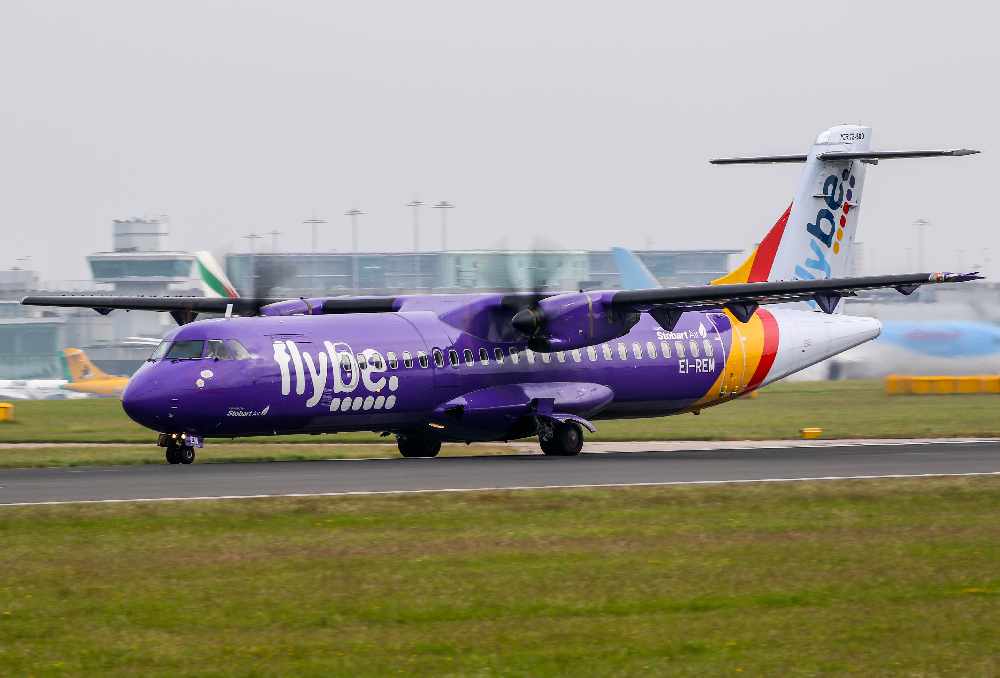 Flybe collapses into administration: All flights are cancelled
Share This

The FINANCIAL -- British airline Flybe has collapsed. All flights have been grounded and that the business has ceased trading with immediate effect. The airline had been struggling for a while. A potential loan to Flybe was part of a rescue deal announced almost two months ago. But the airline’s request did not meet certain criteria set by the government.

Less than two months after the government announced a rescue deal for Europe’s largest regional airline, Flybe has collapsed into administration. The coronavirus has had an impact on flight bookings with fewer people travelling. The airline said all flights were cancelled and told passengers not to travel to airports, The Guardian reported.

The airline believed it had enough financial resources to survive "until the end of this month". Flybe has been in discussions with the government about a loan of up to £100m to help it bridge the period between the lean months of winter - when airlines typically lose money - to the richer pickings in summer, BBC wrote.

The Financial Times revealed earlier on Wednesday that the government had rejected the idea of a £100m state loan to the airline. The airline was taken over by Connect Airways — a consortium of Virgin Atlantic, Stobart Air and hedge fund Cyrus Capital — last year to prevent it falling into administration. Connect agreed to invest £30m into the airline to continue operations as part of a government rescue package in January. A potential loan to Flybe was part of a rescue deal announced almost two months ago. But the airline’s request did not meet certain criteria set by the government, The Financial Times reported.

The Exeter-based budget carrier was founded in 1979 and at one point was Europe's largest independent regional airline, carrying eight million passengers a year and operating more than 200 routes. The airline had been struggling for a while. The UK government announced in January that it was talking to the company about its finances and exploring options for a rescue, adding that Flybe's management and shareholders were setting the airline "on a recovery path." The International Air Transport Authority said last month that outbreak will likely cost airlines tens of billions of dollars and reduce global traffic by 4.7%, marking the first overall decline in demand since the global financial crisis, according to CNN Business.

Flybe customers have revealed their fury over the sudden collapse of Europe's biggest regional airline. They took to social media as they mourned the collapse of the airline and the impact on their lives. The regional carrier narrowly avoided going bust in January, but has continued to lose money. Passengers on the low-cost European carrier last night told of how they were kicked off planes after hours waiting on the tarmac for take-off. Many have been left stranded in the wrong city with no means of getting home as seizure notices are placed on planes across the country including in cities such as Manchester and Glasgow. And overnight the airline's signage was already being removed from displays at Exeter Airport. The airline's website has stopped working and an error message appears upon loading stating the link is 'no longer live', Daily Mail reported.

A spokesperson for the UK Department of Transport said the move followed a "commercial decision by the company." "We recognize the impact this will have on Flybe's passengers and staff," the spokesperson said. "Government staff will be on hand at all affected UK airports to help passengers." The spokesperson said bus and train operators have been asked to accept Flybe tickets and other airlines have been asked to offer reduced rescue fares to accommodate stranded passengers. UK transportation secretary Grant Shapps said that the government "really tried to do everything" it could to save the airline and was "absolutely gutted" by the news, according to Business Insider.

The failure of an airline that connects all corners of the United Kingdom with major European destinations not only puts around 2,400 jobs at risk but could also see some airports struggle and regional economies hit. Airlines around the world have been cancelling flights and warning of a hit to profitability after coronavirus first emerged in China, hitting flights across Asia, before it spread to Europe and beyond,  Reuters wrote.