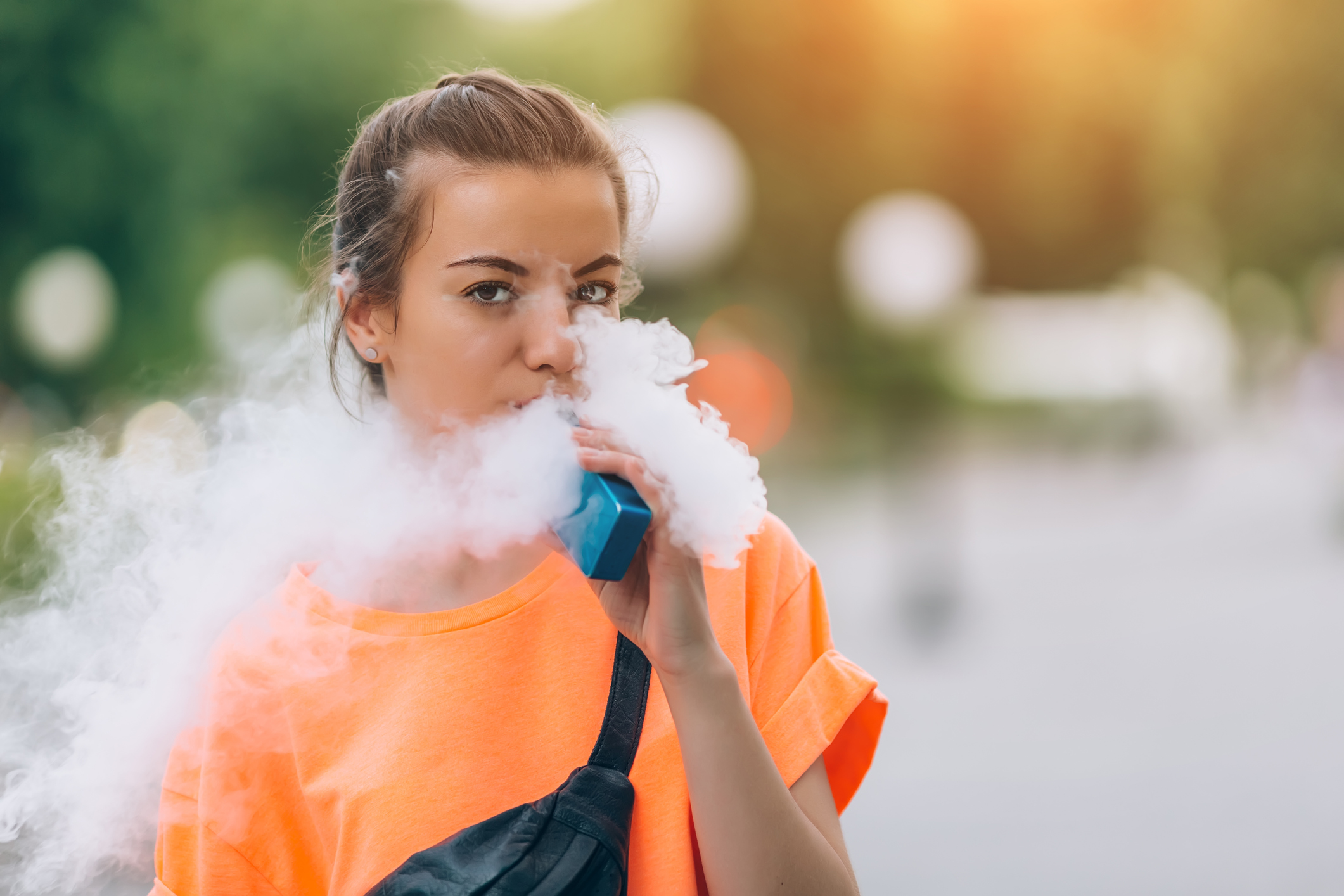 The FINANCIAL -- Almost 2 million fewer U.S. teenagers reported using e-cigarettes in 2020 compared to 2019, according to new data from the U.S. Centers for Disease Control and Prevention. Around 3.6 million young people in the US were current (in the past thirty days) e-cigarette users in 2020, down from 5.4 million in 2019. Just under 20% of high school students and about 5 percent of middle schoolers said that they currently used the products, according to the 2020 National Youth Tobacco Survey, which was conducted between January and March.

Earlier this year, the Trump administration issued a ban on some popular e-cigarette flavors, including fruit and mint, in cartridge-based e-cigarettes which are often sold in convenience stores, affecting companies like Njoy and Vuse maker R.J. Reynolds Tobacco Co that offer a wide variety of flavors. Consistent with 2019, prefilled pods or cartridges were the most commonly used device type in 2020, the report noted, adding that the use of disposable e-cigarettes surged among both high school and middle school students. They most commonly used fruit-flavored e-cigarettes in 2020, with other popular choices being candy, desserts, mint and menthol, according to The Reuters.

'As long as any flavored e-cigarettes are left on the market, kids will get their hands on them and we will not solve this crisis,' Matt Myers of the Campaign for Tobacco Free Kids said in a statement. The data proves him right. Flavored vapes are still favored by youth of all ages. More than 80 percent of high school students reported using flavored e-cigarettes, a did 74 percent of middle schoolers. The national survey is conducted at schools each year by the CDC and usually involves about 20,000 middle and high school students. It asks students if they had used any vaping or traditional tobacco products in the previous month. The survey was cut short this year as schools closed because of the coronavirus pandemic, Daily Mail reported.

The findings come as today’s premarket review submission deadline is marked, a milestone for ensuring new tobacco products, including many already on the market, undergo a robust scientific evaluation by the FDA. Companies must demonstrate that each product meets the applicable statutory criteria for receiving marketing authorization, such as whether marketing the product is appropriate for the protection of the public health. In such cases, the FDA may assess, among other things, how particular e-cigarettes or other electronic nicotine delivery systems could help addicted adult smokers seeking to transition away from cigarettes, while also weighing the concerning popularity of these products with young people. The FDA has been working tirelessly to ensure that they are as prepared as possible to receive, process, and review the applications in a timely manner.

In addition to the critical premarket scientific review of tobacco products, taking enforcement actions against those who violate the law remains a vital way FDA protects public health. Following today’s deadline, the FDA will be prioritizing enforcement against any ENDS product that continues to be sold and for which the agency has not received a product application. Additionally, based on several factors – including the likelihood of youth use or initiation – the FDA will make the best use of agency resources to enforce against any other deemed new tobacco product that does not have the required premarket authorization, though as the result of a court decision, the FDA will not be enforcing this requirement for “premium” cigars.

E-cigarette companies were originally supposed to file their applications in May of this year, but the date was pushed back due to the coronavirus pandemic. The pandemic may also partially explain why fewer young people are vaping; teenagers who primarily vaped in school or at social events also may not have access to these products during lockdowns. In addition, anecdotal reports suggest some people have been driven to quit by studies published recently that suggest vaping could increase a user’s risk of having a serious case of COVID-19, according to The Time.

Teen use of a drug usually declines when that substance starts to seem riskier, Richard Miech, co-investigator of the Monitoring the Future study and professor at the University of Michigan, told The Verge last year. Last summer and fall, hundreds of lung injuries were linked to vaping. Investigations found that the injuries were likely linked to vitamin E acetate in THC-containing vaping products. The US surgeon general called youth vaping an “epidemic” in 2018 after teen use of the products started to spike. That year, the National Youth Tobacco Survey found a 78 percent increase in high school e-cigarette use compared to the previous year. E-cigarette use jumped again in 2019. Monitoring the Future, another annual teen drug use survey, also found sharp increases in teen vaping between 2017 and 2019, for both nicotine and marijuana, - The Verge stated.

E-cigarettes : How safe they are? The debate continues