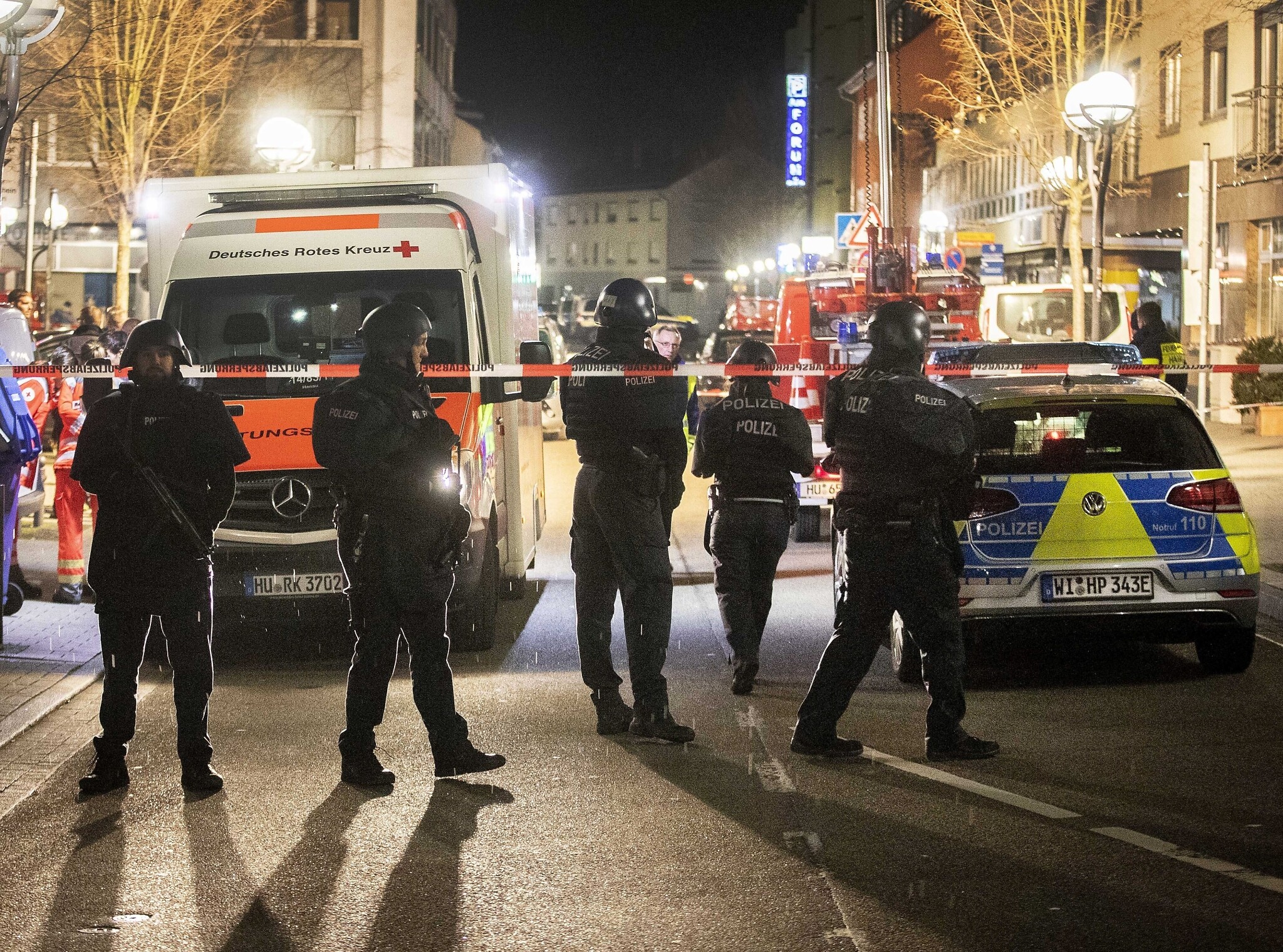 The FINANCIAL -- At least 9 people were shot and killed in Germany at two different shisha bars. There is a video posted online two days before the attack, where suspect outlines his beliefs.  Later he was found dead near his 72-year-old mother.

Tobias Rathjen, 43, who grew up in Hanau, opened fire on the Midnight shisha bar - which is popular with Turkish locals - in the town centre around 10pm, leaving three people dead at the scene. He then drove around the corner to the Arena Bar and Cafe where he opened fire again, leaving five more dead. Another person died a short time after, according to Daily Mail.

Federal prosecutors are treating the case in the city of Hanau as terrorism, with authorities saying indications point to an anti-foreigner motive. The Bild tabloid reports the suspect was a German citizen with a firearms licence, and that ammunition and gun magazines were found in his car. Bild said he had also left a letter of confession. Gun laws in Germany are among the most stringent in the world, and were tightened further in recent years after other mass shootings, according to BBC.

An investigation is underway and police said there are no other suspects. The shooting comes four days after another in Germany, near a Turkish comedy show in Berlin, that killed one person, according to USA Today.

In shisha bars, customers share flavored tobacco from a communal hookah, or water pipe. In Western countries, they are often owned and operated by people from the Middle East or South Asia, where use of the hookah is a centuries-old tradition. Some of those killed were of Turkish origin, a spokesman for the Turkish presidency said. “We expect German authorities to show maximum effort to enlighten this case. Racism is a collective cancer,” Ibrahim Kalin said on Twitter. Bild, Germany’s biggest selling daily newspaper, said without citing a source that the suspect also left a video claiming responsibility, Reuters reported.

Witnesses and surveillance videos of the suspect's getaway car led authorities quickly to his home, near the scene of the second attack, where he was found dead near his 72-year-old mother, said Peter Beuth, the interior minister for the state of Hesse. A website believed to be the suspect's is being evaluated, Beuth said. "Initial analysis of the webpage of the suspect indicate a xenophobic motivation," he stated. Chancellor Angela Merkel called off a planned visit Thursday to a university in Halle. Her spokesman, Steffen Seibert, said she was "being constantly kept abreast of the state of the investigations in Hanau," as reported by CBS News.

A man, believed to be Rathjen's father, was seen being led away from the scene in handcuffs. He is not thought to have been directly involved in the attacks. In a video posted online two days before the attack, Rathjen also outlines his belief in underground military bases in the US where he claims Satanic worship and sexual exploitation of children takes place. An attacker is said to have rung the bell at the Midnight shisha lounge and sprayed bullets at people inside when he was let in. He then fled the scene in a dark-coloured car before gunfire rang out at a second bar, Arena, less han two miles away, Daily Mail wrote.

Germany has suffered several attacks in recent years, one of which, claimed by ISIL, killed 12 people in the heart of Berlin in December 2016. In October, a deadly anti-Jewish gun attack in the eastern city of Halle on the holy day of Yom Kippur underscored the rising threat of neo-Nazi violence. The rampage, in which two people were shot dead, was streamed live. Last June, conservative politician Walter Luebcke, an advocate of a liberal refugee policy, was shot at his home. On Friday, police arrested 12 members of a German far-right group believed to have been plotting "shocking" large-scale attacks on mosques similar to the ones carried out in New Zealand last year, Aljazeera reported.