The FINANCIAL - Austria: Outrage over deportation of Georgian girls 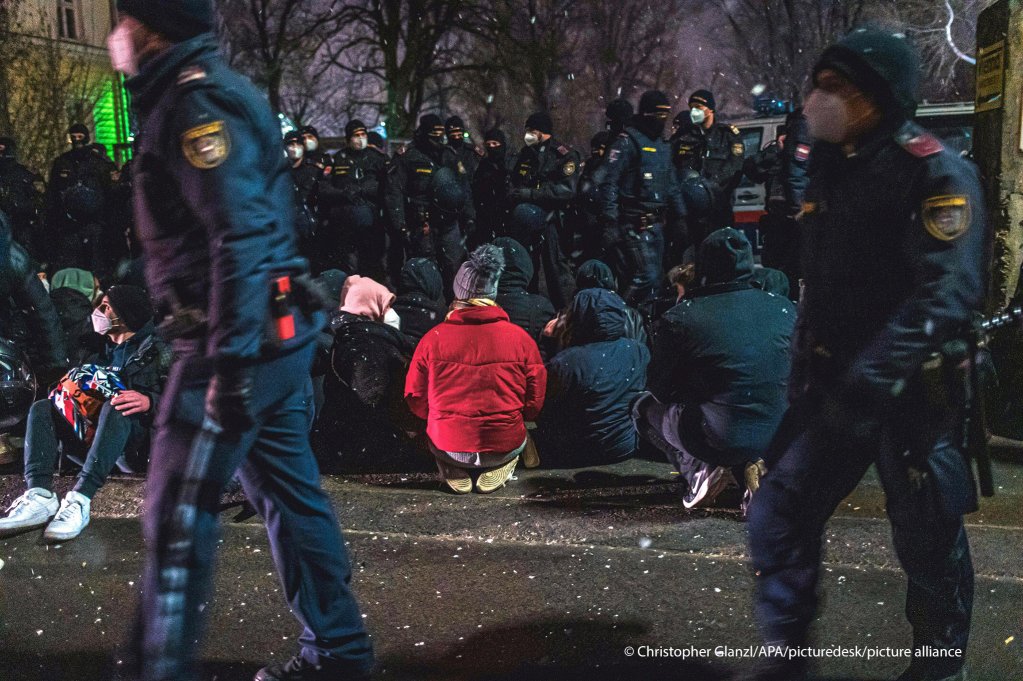 Austria: Outrage over deportation of Georgian girls
Share This

Austrian President Van der Bellen called on authorities to take a more humane and measured approach, and to prioritize the well-being of children.

The FINANCIAL -- The deportations garnered national attention in Austria after schoolmates of 12-year-old Tina, one of the girls slated for deportation, launched an online petition that has gathered more than 34,000 signatures.

Early Thursday morning, ahead of the eminent deportations, there were massive protests at the deportation center the girls were staying at on the outskirts of Austrian capital Vienna. According to news agency dpa, some 160 protestors set up a roadblock to stop police from deporting the three girls and their families. Among the demonstrators were several politicians from the green party, social-democratic SPÖ and the liberal Neos.

SPÖ head Pamela Randi-Wagner tweeted: "As a mother, I am stunned that well-integrated children are uprooted from their lives and deported to a foreign country." 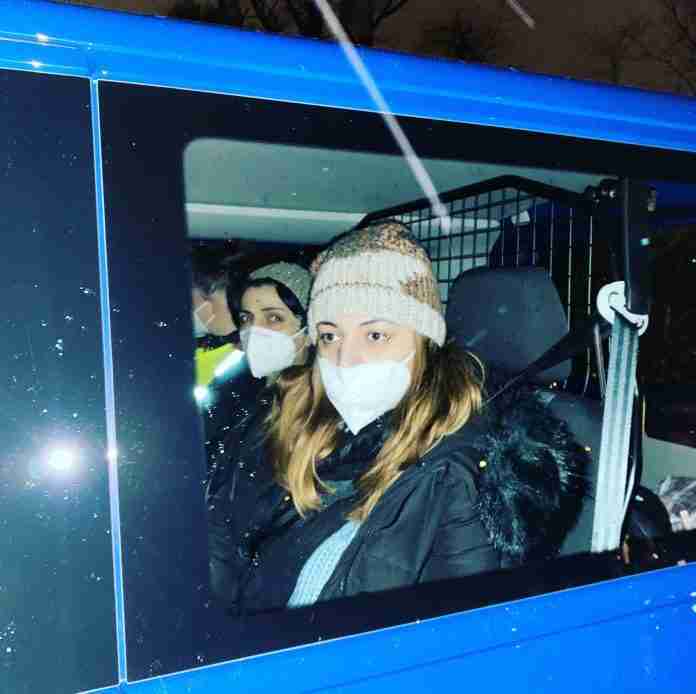 Florian Klenk, editor of the Vienna weekly Falter, tweeted out pictures of the blockade, saying that demonstrators had "brought bulk garbage and shopping carts to block of all access [to the center]."

Police broke up the protests and deported the three girls, along with their families. On social media, pictures and videos were shared, showing a massive police presence during the deportation, leading to criticism from some politicians and activists – including the Greens spokesperson on asylum issues, Georg Bürstmayr – that the police presence had been "excessive".

Those who called for Tina and the other girls to not be deported pointed to their deep roots in Austria and how well integrated they were. Advocates of the girls argued that they knew Austria much better than their supposed home countries.

Federal Ministry of the Interior, Karl Nehammer justified the deportation. "This is also not an easy duty for the deployed police officers, but it's necessary to help the state under the rule of law break through," he told radio station Ö1.

"If what happened yesterday was covered by the law, then there's something not right about the law," Theo Hass, a student spokesperson from the school to which Tina went, told Austrian broadcaster ORF on Thursday.

According to media reports, 12-year-old Tina was born in Austria and went to a local high school (Gymnasium). She reportedly only lived in Georgia for two years during her childhood when her mother returned there in 2012 after her asylum application was rejected.

No legal right to stay

Those in favor of the deportations – including the interior minister – argued that several court decisions found that the family had no legal right to stay in Austria. Tina's mother had received a definite rejection of her asylum application in December 2019, ORF reported.

All Austrian courts rejected the family's claims to stay, according to multiple media reports, and the Federal Administrative Court ruled that part of the reason the family had been in Austria for so long had been because it ignored the authorities' instructions. According to the interior ministry, Tina's family had been in the country illegally for four years.

However, advocates of the girls said that Austria was not legally obliged to deport people without stay permits. "If the interior minister claims that he cannot act differently based on the legal situation, all I can say is: There is no binding legal obligation to deport school children that grew up in Austria and are well integrated," vice chancellor Kogler argued on Thursday.

Latest Statistics on Migration to EU

Most Georgian migrants are women who seek work (cleaner, carer) in Turkey and Greece, whilst many Georgian men also travel to these two countries to work as a farm or building labourer. Whilst Russia has traditionally been a favoured destination for Georgian migrants, European countries are increasingly being favoured, especially since a wave of deportations from Russian following the 2008 conflict. President Saakashvili’s hard-line policy against the mafia leaders, or so called thieves-in-law, who controlled much of the country in the post-Soviet years, has meant that many of these criminals have settled in Russia or EU countries since the Rose Revolution in 2004.

Considering their small number, Georgians represent a large proportion of migrants entering Europe from the former Soviet states (referred to as the Commonwealth of Independent States, although Georgia left the CIS in August 2009). In Frontex’s Annual Risk Analysis 2012, out of 6,200 illegal border crossings detected on the eastern borders route, Georgians came fourth place after Ukrainians, Moldovans and Russians, with 544 detected crossings or 9.5% of the total. The presence of Georgian asylum seekers in the EU is also a significant slice of the whole ; they made up 9.8% of asylum applications in the EU in 2011 (a 46% increase on 2010

Citizenships lodging the most applications

In November 2020, Syrians (5 787 or 14 % of the total), Afghans (5 365 or 13 %), and Pakistani (2 068 or 5 %) lodged the most applications in the EU+. For all three citizenships the levels were slightly below October and for Syrians and Afghans, they remained also below the pre-COVID-19 levels of January 2020. This was not the case for Pakistanis for whom the number of applications lodged in November returned back to the January value.

Colombians, Iraqis, Venezuelans, Turks, Nigerians, Bangladeshis, and Somalis also lodged many applications, but fewer than in October (with the exception of Iraqis) and all fewer than the pre-pandemic levels. Colombians and Venezuelans have been lodging fewer applications for some time and in November, their applications were lower by two thirds compared to the beginning of 2020. Compared to October applications dropped also by about a quarter for Bangladeshis and Somalis and by 14 % for Turks. At lower levels however,7  Moldovans lodged more applications in the EU+ (538 or + 44 %). Despite a decrease from October, Ukrainians have been lodging steadily more applications since September (more than 700 monthly), an increase of around 50 % compared to January 2020. Even if still below the pre-COVID-19 levels, Ivorians applied in higher numbers in November than a month earlier (582 or + 16 %). Finally, Tunisians (398), Belarusians (227, a record high for 2020), and Ethiopians (223) lodged more applications compared to October as well as compared to earlier in 2020.

Afghans made up by far the largest group among UAMs, almost half of all UAM applications in October and November together, followed by Syrians (14 %), Pakistanis (6 %), and Somalis (5 %). UAMs accounted for 16 % and 17 % of all Afghan applicants in November and October respectively, compared to 12 % between January and November 2020. In addition, many of the Egyptian applicants were UAMs (12 % in November and 15 % October) as well as many of the Somalis (10 % and 8 % respectively).

About a quarter of all first instance decisions in November 2020 were issued to Syrians (14 % of all decisions, almost stable compared to October) and Afghans (12 %, up from 7 %). Afghans received the most decisions since April 2018. After peaking between July and September, decisions issued to Colombian applications decreased (3 828 in November, - 44 % from September) but still remained above the pre-pandemic levels. In contrast, Venezuelans continued to receive a low number of decisions (1 774 in November). Among other Latin American nationalities, after peaking in July and August 2020, the number of decisions declined and returned to levels similar to January for Salvadorians (642 in November), and dropped but remained far above January levels for Hondurans (554) and Nicaraguans (465). Pakistanis and Eritreans were issued fewer decisions than expected based on their pending cases. Other interesting developments in November were the new highs in the number of decisions issued for Armenians and Cameroonians (the most since spring 2019), whereas high numbers of decisions continued to be issued for Ivorians and nationals of the Democratic Republic of Congo (higher than before the pandemic) as well as Sudanese (the most since June 2020).

Among the 10 nationalities issued the most decisions at first instance between January and November 2020, Syrians had the highest recognition rate (84 %), followed by Somalis (60 %) and Afghans (53 %). On the other side of the spectrum were Colombians and Venezuelans,9  with just 2 % of the first instance decisions granting refugee status and subsidiary protection. The recognition rate decreased substantially for Iraqis compared to the previous two months and returned to the levels of the beginning of 2020 (40 %). The recognition rate at first instance between January and November 2020 remained high for Eritreans (80 %) and low for Georgians, Albanians (4 % each), Bangladeshis (5 %), and Ukrainians (7 %).10  There was substantial variation across the main nationalities in terms of share of decisions granting refugee status compared to those granting subsidiary protection. For example, so far in 2020, almost all positive decisions issued to Turkish citizens granted refugee status, while this was the case for 77 % of the Iraqis, about two thirds of the Syrians, and a minority of the Afghans.

First instance pending cases refer to those that are still being processed with asylum authorities, and do not include those that are open in appeal or review. At the end of November, one in every five pending cases at first instance still belonged to Afghans (48 503 or 12 % of the total cases pending in the EU+) and Syrians (37 651 or 9 %), with Pakistanis, Venezuelans and Turks complementing the top five citizenships with the most pending cases. For all of them but Venezuelans the backlog decreased after the start of the COVID-19 pandemic, and subject to normal fluctuations, stabilised at lower levels compared to the beginning of 2020. This pattern in fact was common also among other nationalities (e.g. Nigerian, Cameroonian, Ukrainian). In some others, a declining trend since the beginning of the year continued until November: this was the case for the backlog of Iraqis, Iranians, and Georgians for example. In contrast, for Venezuelans, the backlog increased substantially in April and May, and decreased afterwards to levels close to those at the beginning of the year, whereas the other top Latin American nationality (Colombian) was in fact the only nationality with a remarkable decrease in November compared to October (15 320, - 14 %). In addition, following an increasing trend, more Bangladeshis, Malians, and Peruvians were awaiting a decision at first instance than in early 2020. This increasing pattern was more common among nationalities with the smallest backlogs though, including Cubans, Angolans, Moldovans, Mauritanians, and Comorians, among others.