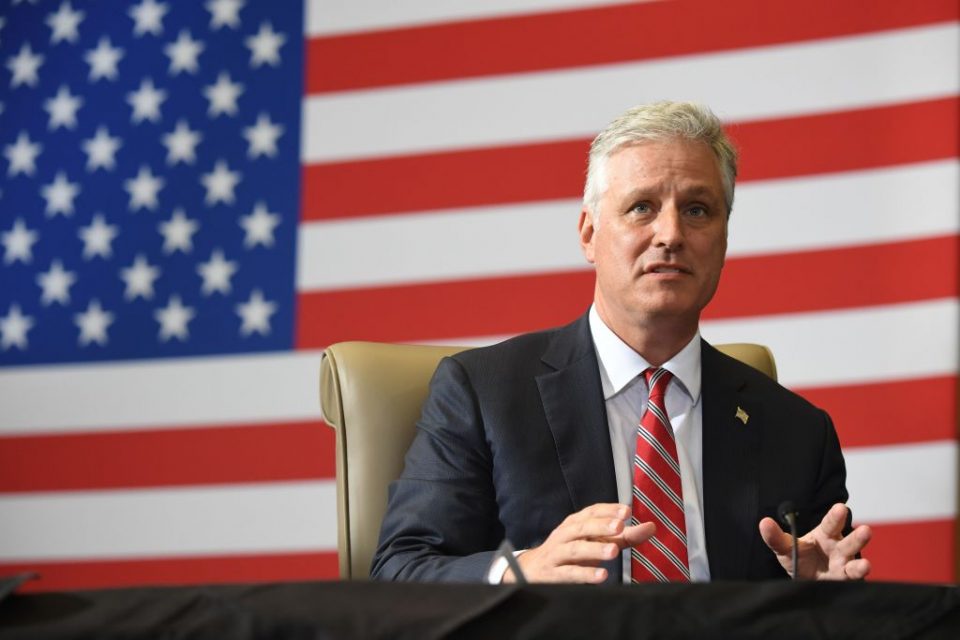 The FINANCIAL - - A telephone conversation took place between Georgian Prime Minister Giorgi Gakharia and National Security Advisor to the President of the United States Robert O'Brien. During the conversation the parties discussed the main issues pertaining to strategic partnership, cooperation, and security challenges in Georgia and the region.

During the telephone conversation, the head of the Georgian Government welcomed the recent peace deal in the Middle East reached under the US leadership. Georgian Prime Minister also stated that considering geostrategic interests and common values, Georgia is a reliable partner and the main ally of the United States in the wider Black Sea Region, according to Georgian Public Broadcasting.

The officials discussed the process of Georgia's European and Euro-Atlantic integration and the importance of further deepening cooperation between the United States and Georgia in both security and economic fields, said the government’s press office. Special attention was paid to Russia’s occupation activities in Georgia and the situation on the ground,” said the government’s press office, as reported by agenda.ge.

It is interesting to note that on September 15 the US Secretary of State Mike Pompeo sent a letter to Georgian Foreign Minister Davit Zalkaliani. He thanked Zalkaliani for his official invitation to observe Georgia’s upcoming parliamentary elections on October 31. Secretary of State also said he shares Zalkaniani’s focus on ensuring that the elections are free, fair, and transparent, in line with international standards and best practices.

It is also noteworthy that on September 21, the President of Georgia, Salome Zurabishvili and the world leaders, took part in a high-level meeting to mark the 75th anniversary of the United Nations. The event was held online due to the pandemic. In a video address to the leaders of the UN member states and the public, Zurabishvili spoke about current global challenges and proposed four pillars to achieve ‘the future we want’, which she said are peace, a viable planet, an inclusive, healthy and educated citizens in a culturally developed society.