The FINANCIAL -- Most Brits (60%) disagree to some extent that they are TV addicts, while another 11% neither agree nor disagree, according to the latest YouGov Profiles.

On the flip side, one in five of Brits (22%) tends to agree they are addicted to television, and one in fourteen (7%) think they definitely are. Who are they? YouGov Profiles demographics data shows they are more likely to be older than younger, with over three in ten television addicts being aged over 55.

What programmes specifically are television addicts addicted to? Looking at the top ten genres watched by Brits who would agree they are addicts shows that the biggest difference between them and the general population are soap operas. 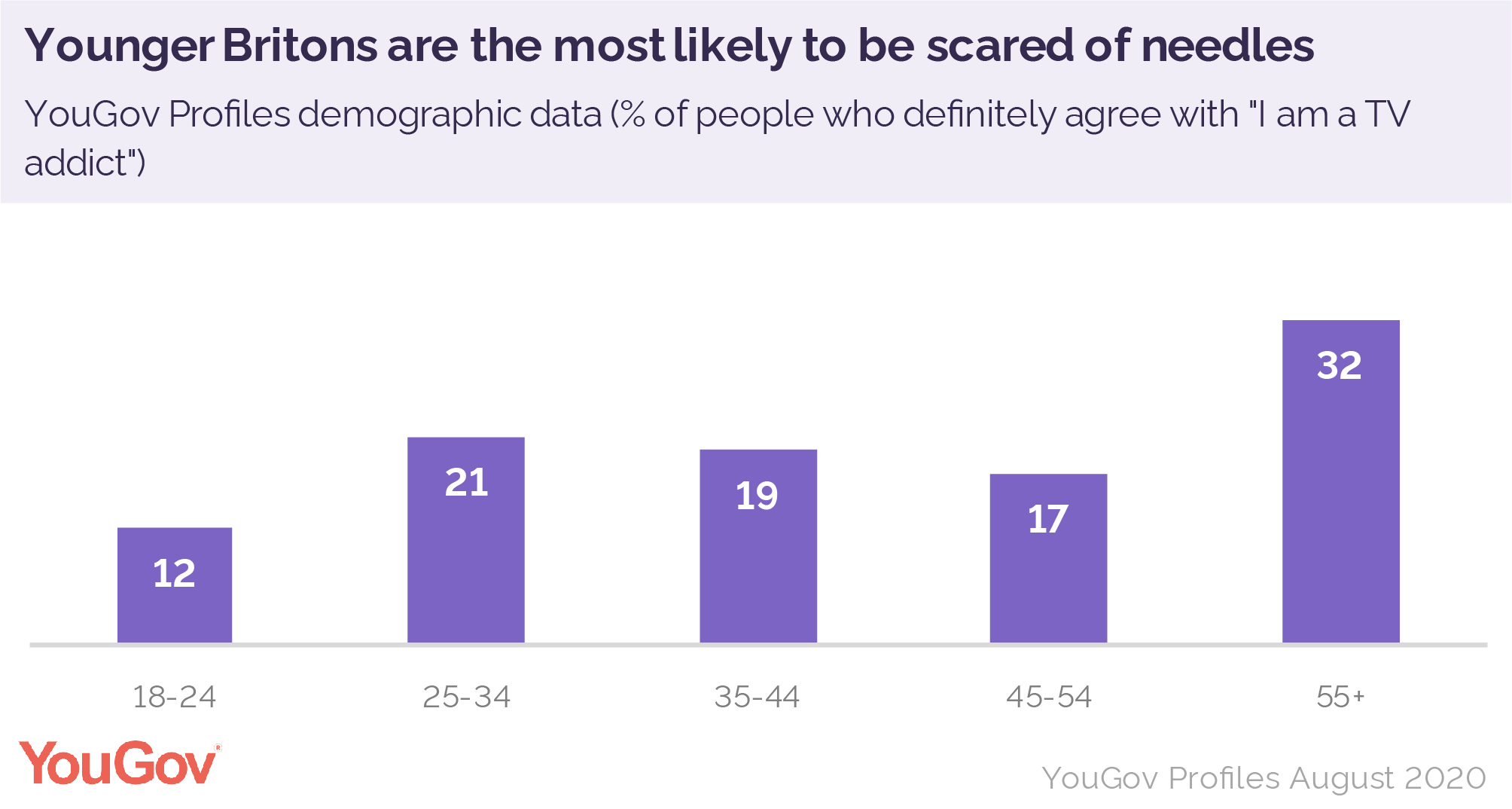 Over a third (36%) of TV addicts say they watch soap operas, compared to a quarter (25%) of the general population, an 11 percentage point difference. However, the most viewed type of programme among TV addicts are dramas (58%), followed closely by comedies (56%) and documentaries (54%).

Do TV addicts stay glued solely to the box, or do they like to multitask? YouGov Profiles also asked respondents if they like to do other activities while they watch the gogglebox, and TV addicts are more likely to say they like to fit in other things while their programmes are on. However, they mainly like to have the TV on when relaxing at home (81%).

Another 72% of TV addicts like to eat while watching, a family ritual in some households, compared to 65% of the general population.

Telly addicts also like to get their household chores done (37%) and cook (26%) while they catch up on their shows, and a third of them (35%) like to fall asleep in front of the TV. 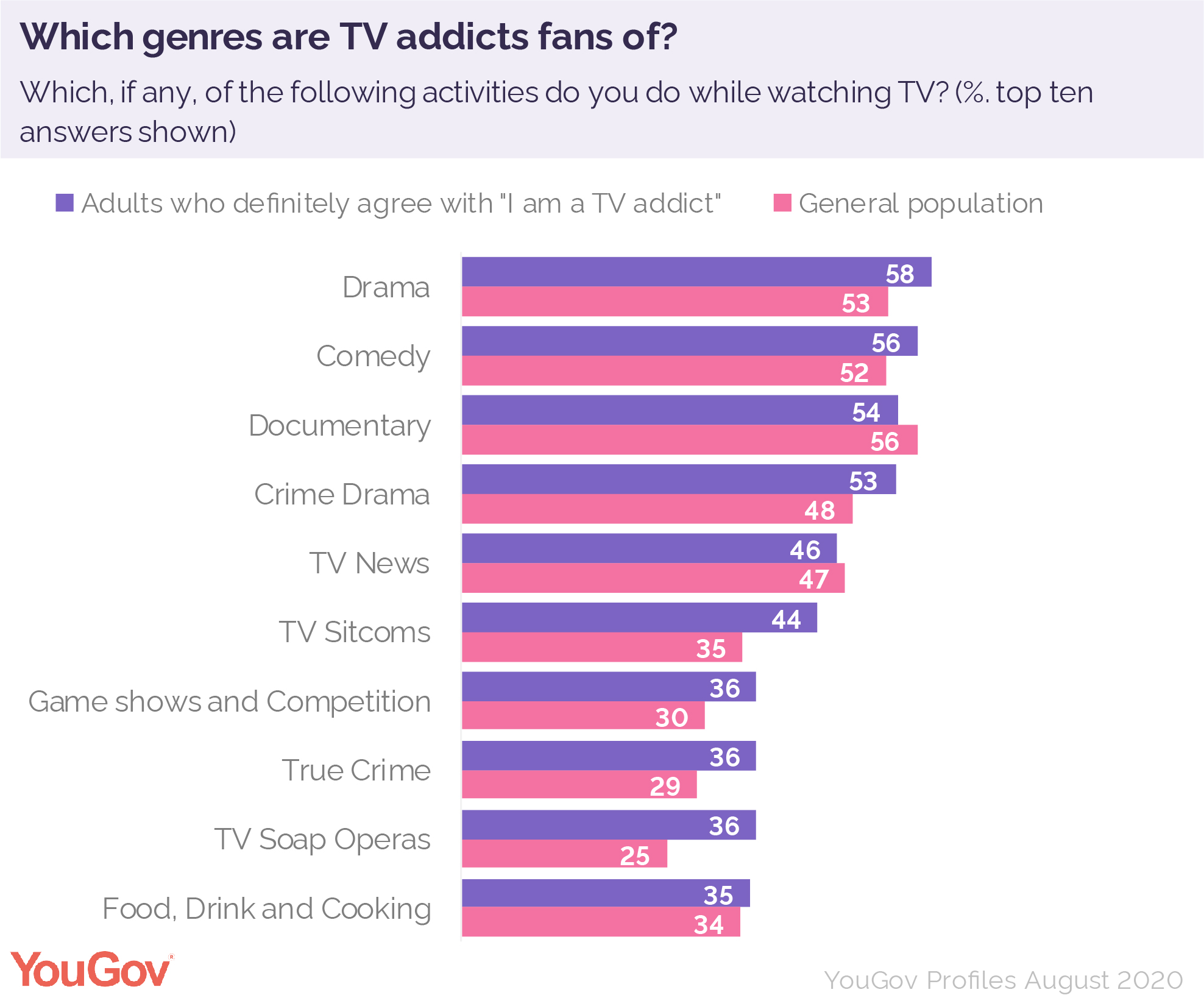 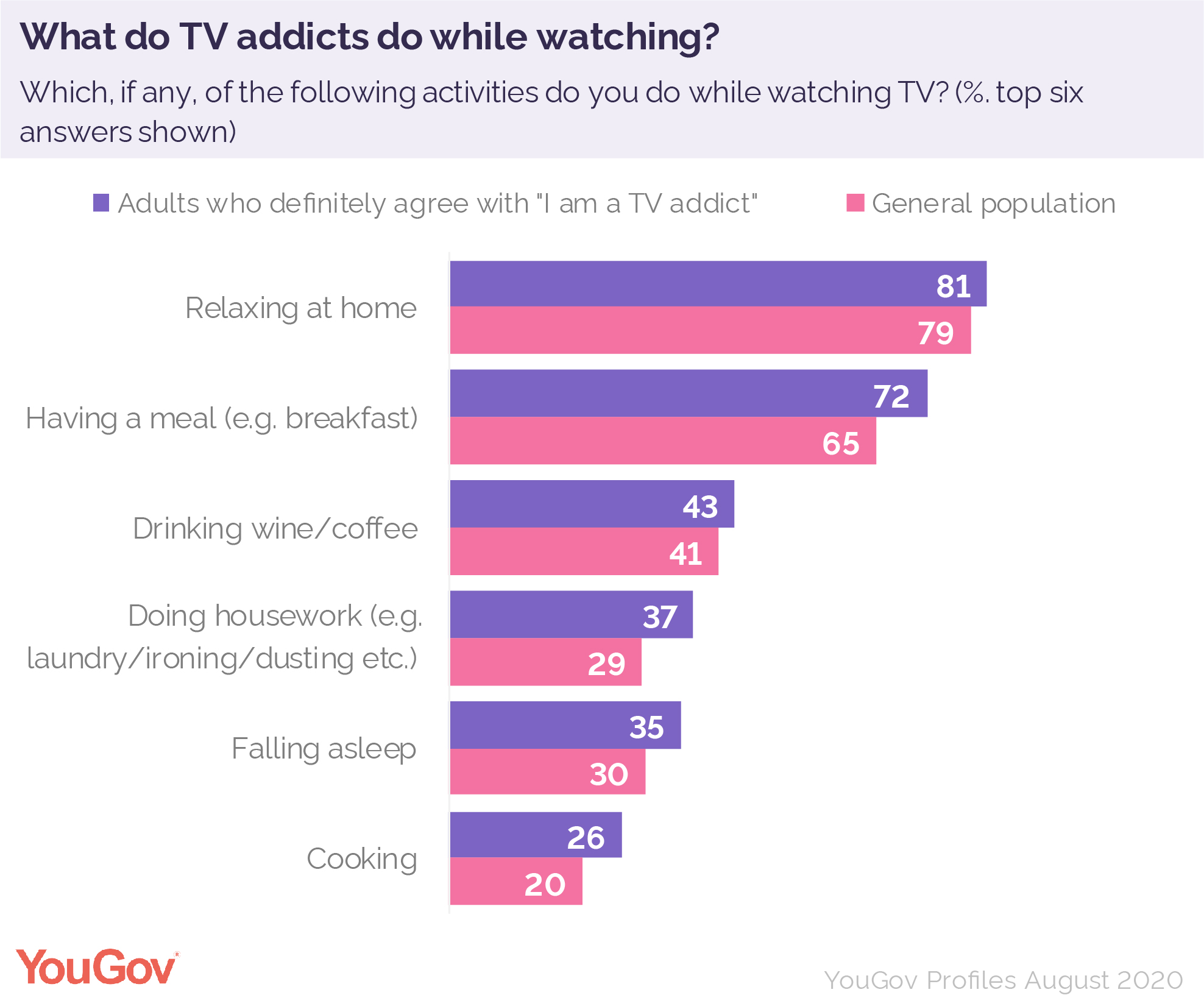