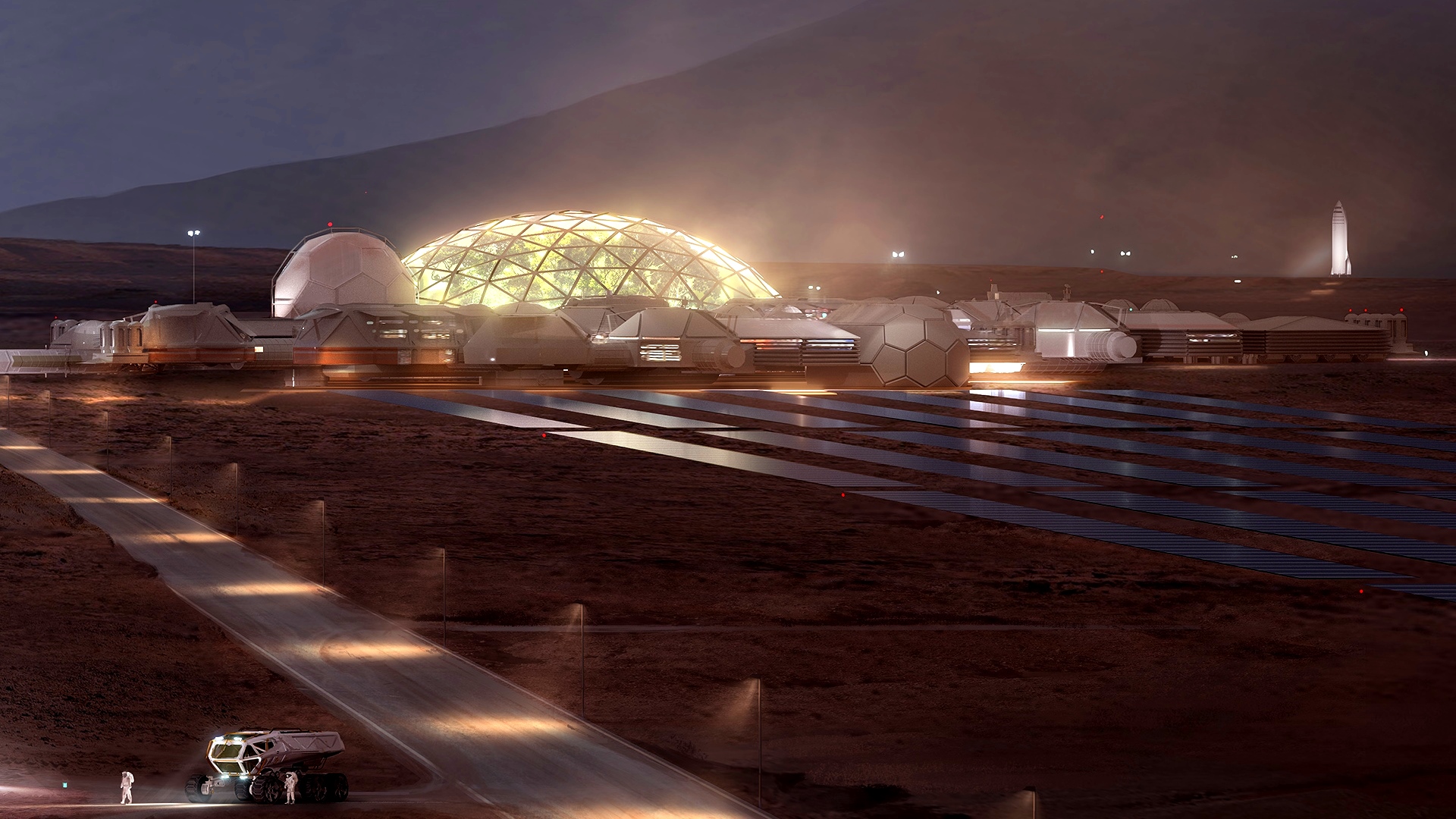 The FINANCIAL -- SpaceX is developing its next-generation Starship rocket to one day launch people to space. SpaxeX CEO Elon Musk emphasized that the rocket has many important milestones to go before it can take passengers. Musk vowed to bring a million humans to Mars by 2050. Musk said SpaceX aims to build 1,000 Starships at a facility in South Texas over a 10-year period. That's 100 rockets per year – very tall feat considering the fact that the firm hasn't built a single functioning Starship. The goal would be to launch 1,000 Starship flights to Mars yearly, an average of three per day, - he added. Musk was a little vague on what, exactly, colonists would do once they got to Mars.

According to the billionaire, getting to Mars is not the issue – it is surviving on the Red Planet that will be challenging. The SpaceX CEO shared progress on the firm's Starship rocket during the virtual Humans to Mars Summit, saying the craft 'is making progresses. Musk has had his heart set on colonizing Mars for years and has not been shy about how he plans to make it happen. The key to turning this dream into a reality will be SpaceX's massive Starship rocket, which is has been undergoing tests and construction at the firm's Boca Chica facility in Texas. Based on his projections, SpaceX would need to build 1,000 rockets in order to take one million people to Mars. SpaceX has ramped up productions at Boca Chica in a bid to get the Starship off the ground. The firm conducted the first 'hop' of the rocket last month, which saw the vehicle soar nearly 500 feet in the air and land safely back on the ground, according to the Daily Mail.

Starship represents the company’s top priority, as Musk wants to build a fully reusable rocket system that can launch cargo or as many as 100 people at a time. While SpaceX’s current Falcon fleet of rockets is partially reusable, as the company can land and reuse the rocket’s boosters, Musk hopes Starship transforms space travel into something more akin to commercial air travel. The rocket’s enormous size would also make it capable of launching several times as much cargo at once — for comparison, while SpaceX’s Falcon 9 rockets can send as many as 60 Starlink satellites at a time, SpaceX says Starship will be able to launch 400 Starlink satellites at a time. The Starship development program has suffered several explosive setbacks in the past year. Musk recently shifted the company’s focus to Starship, saying in June that progress on the rocket must accelerate “dramatically and immediately” – and three months later, Musk’s urgency appears to be getting results, CNBC reported.

Musk said that they’ve got to first make the thing work; automatically deliver satellites and do hundreds of missions with satellites before they put people on board. He stated that they’re making good progress and the thing that really impedes progress on Starship is the production system and a year ago there was nothing there and now they’ve got quite a lot of production capability, so they’re rapidly making more and more ships. Musk added that nobody has ever made a fully reusable, orbital rocked and that SpaceX has not done much work yet on the design of the cabin or interior of Starship passengers. The company will reach the red planet given enough time, but as Musk said, the question is how long will it take us.

Musk thinks that getting to Mars is not the fundamental issue, it is building a base, building a city on Mars that is self-sustaining. “We’re going to build a propellant plant, an initial Mars base – Mars Base Alpha – and then get it to the point where it’s self-sustaining. I want to emphasize that this is a very hard and dangerous, difficult thing, not for the faint of heart, Good chance you’ll die, it’s going to be tough going, but it will be pretty glorious if it works out.” – he added.

SpaceX will launch 1,000 Starship flights to Mars every year or about three flights per day to reach its target of 1 million. Each trip will have 100 humans or 300 in total for three trips who will eventually become citizens of the Martian city they will eventually build. He went into details of assembling a propellant plant and building Mars Base. However, Musk warned that the trips to Mars will be highly risky, particularly with the early stage, as there is a "good chance" for people to die in the process. "I want to emphasize that this is a very hard and dangerous difficult thing. Not for the faint of heart," Musk noted. He added that while it will be tough, "it will be pretty glorious if it works out." As an orbital flight means the trip is only viable once every two years, SpaceX must be able to provide all the needs of the colonizers during their stay in the megacity. Musk said that Starship's progress is delayed by the production system, but since the company already got a lot of production capability, they are making more ships at a really fast pace, Tech Times wrote.

"There will be a lot of jobs on Mars!" Elon Musk tweeted. It is important to note that the scheme needs to begin within the next decade to have any chance of meeting Musk's 2050 target. He didn't specify what each rocket would need to carry, but a trunk-full of food, water, fuel and life support systems is a given. In other news, Elon Musk recently launched another 60 SpaceX "internet satellites" despite fears the firm is cluttering Earth's orbit. NASA has revealed the design of a moon lander that could be taking astronauts back to the lunar surface by 2024. The space agency also recently released an unusual image of the 'death explosion' of a massive star that looks just like a bat, according to The Sun.

It is also interesting to note that Tesla announced on August 11, 2020 that the Board of Directors has approved and already declared a five-for-one split of Tesla’s common stock in the form of a stock dividend. The goal of this action is to make stock ownership more accessible to employees and investors. Tesla Inc.’s market cap now stands at $382.04 billion, making it the 13th most valuable company trading on American exchanges. Read more.

Neuralink chip will stream music into your brain