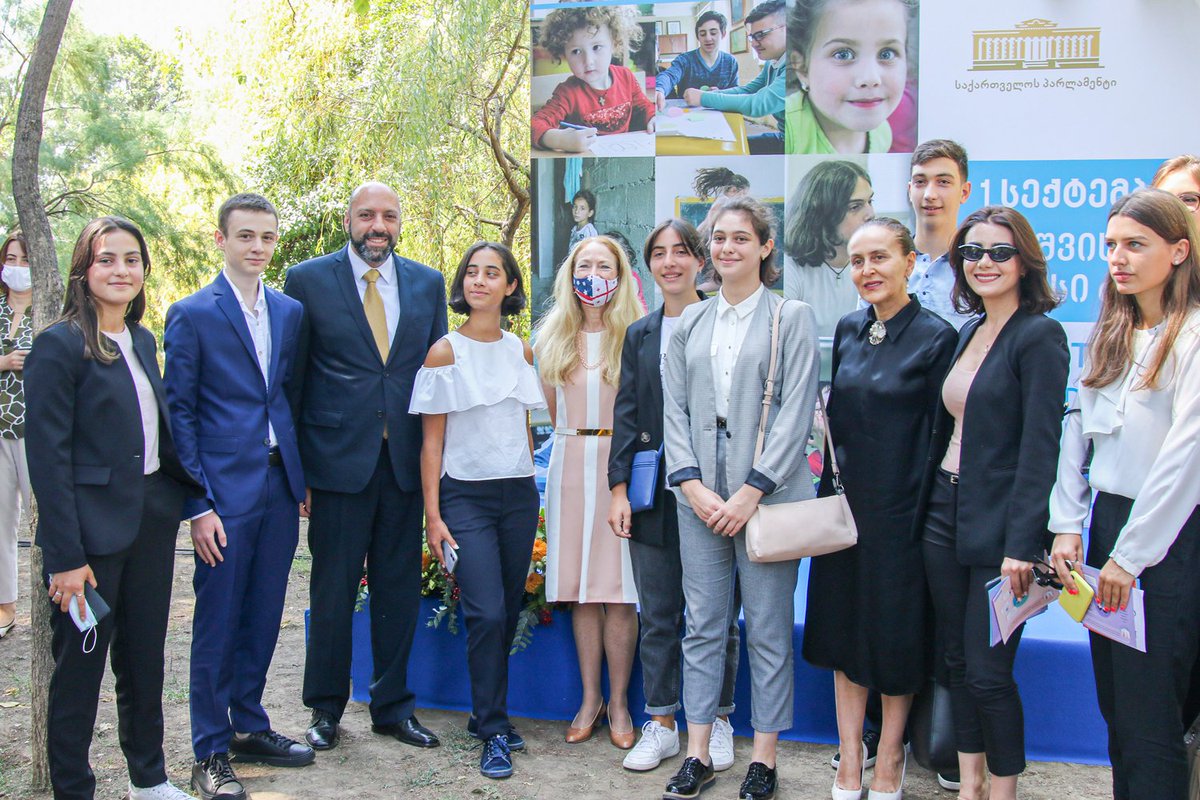 A new code of children’s rights has come into force today to protect, develop and improve the life of children in Georgia. The code was adopted in its third and final reading on September 20, 2019. Since September 2019, structural child care and protection units have been established in 64 municipalities and about 200 social workers and 64 code coordinators have been retrained for the municipalities. Meanwhile, judges, lawyers and legal aid officers as well as about 400 public servants have been retrained. Moreover, a child aid call center, reachable at the number 111, has been developed. The draft code was developed with the engagement of UNICEF, the EU, USAID and FES, according to local news agenda.ge.

”Three years ago, we launched the reform to play a crucial role in the protection and development of every child, as well as to improve of democracy and society,” said the Chair of the Human Rights and Civil Integration Committee, Sopho Kiladze.

UNICEF Representative in Georgia Dr. Ghassan Khalil congratulated Georgia on this groundbreaking achievement and said that he believed the Code on the Rights of the Child will have a long-lasting effect on the lives of Children in Georgia. He also that UNICEF commends the efforts of the Human Rights and Civil Integration Committee, and appreciates the leadership of Ms. Sopho Kiladze, in the process of development and adoption of the Code. “The implementation of the Code will require significant efforts, and UNICEF is ready to support this process by helping to bring Georgian legislation in line with the requirements of the Code, creating various implementation mechanisms, enhancing specialization of professionals, and developing specific instruments and guidelines to work with children in different areas,” added Dr. Khalil.

The US Ambassador Kelly Degnan also commented and said that this is a milestone event and she is very pleased to be here to celebrate with so many others who have worked so hard on the passage and entry into force of Georgia’s Code of the Rights of Children. She also said that this has taken a lot of work by many people in Parliament, by the Chairwoman of the Committee on Human Rights and Civil Integration, and the United States is very, very proud to have supported the work that has led to the adoption of this code and through USAID or the Department of Justice, or the Resident Legal Advisor, they have been supporting these efforts, training justices, training social workers, helping to train municipalities to better understand what the code means and how to apply it. “What is really important about this code is that it puts the best interest of children, of Georgia’s children first, and it does that in the framework of the UN Convention on Children and it does that in the framework of families, and the importance of families in any society, especially here in Georgia. So, I am very pleased to be here as part of this initiative.” – She added.

Other kind of changes also came into force on September. The changes provide for the possibility of establishing electronic surveillance of the perpetrator in the face of a real threat of recurrence of violence, in addition to issuing a restraining order. Electronic supervision is carried out for a period of validity of not more than 1 month. The electronic surveillance requires the consent of the victim or their legal representative. In case of electronic surveillance, an electronic bracelet is attached to the body of the abuser. As a result, real-time access to the abuser victim and pre-defined areas is controlled. It is noteworthy that the bill was initiated by the Ministry of Internal Affairs with the aim of increasing and refining the guarantees for the safety of victims. Prior to the enactment of the bill, the best practices of foreign countries were shared with the support of the United Nations Women and relevant bylaws were prepared with expert involvement. To support the implementation of the system, UN WOMEN donated 100 electronic devices and related infrastructure to the Ministry of Interior.

It is also interesting to note that The Parliament of Georgia adopted draft law on “Violence against Women and/or Prevention of Domestic Violence, Protection and Assistance to the Victims of Violence” and other subsequent amendments in the third reading, elaborated by the Ministry of Internal Affairs. Also, to strengthen gender equality and empower women, the state is implementing a unified and coordinated policy. The U.S. Embassy salutes country's steps towards overcoming any kind of violence. Georgia pays special attention to the prevention of violence against women and domestic violence, relevant response, and provision of services. The Prosecutor's Office of Georgia enforces a strict criminal law policy to combat violence against women and domestic violence and to protect victims.

To strengthen gender equality and empower women, the state is implementing a unified and coordinated policy. This policy prioritizes the elimination of all forms of violence against women, including domestic violence and sexual abuse, also seeking to ensure women's economic empowerment, women's increased participation in decision-making, including supporting their employment in public service, and the empowerment of female public servants, also protection of women's reproductive health and rights, elimination of malicious and discriminatory practices, ensuring access to education and lifelong professional development opportunities for women and girls, women's enhanced engagement in the implementation of the peace and security agenda, and maintenance of gender-related statistics. Read more.