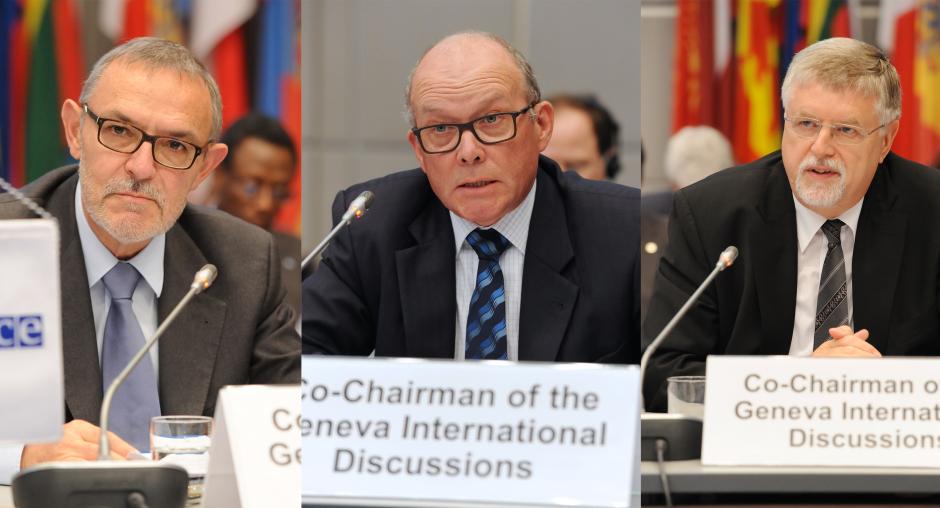 U.S. Embassy Tbilisi Urges Full Participation in the Geneva International Discussions on the Conflict in Georgia
Share This

The U.S. Embassy in Tbilisi echoes Georgia’s concern regarding the cancellation of the October 6-7 round of the Geneva International Discussions (GID) due to the decision of one participant not to attend. The American delegation was fully prepared to attend discussions in Geneva this week, as well as the discussions scheduled for September that were also cancelled by the same participant. We thank all those involved in hosting the GID for working to ensure meetings can be held as safely as possible during the COVID-19 pandemic. All GID participants should demonstrate their commitment to implementation of the 2008 ceasefire agreement and peaceful resolution of the conflict in Georgia by participating fully and in person in the December GID round.

Now more than ever, the GID is crucial to facilitate dialogue on critical security and humanitarian issues, including the needs of IDPs and other vulnerable populations who have suffered disproportionately as result of the COVID-19 pandemic.

We condemn the ongoing imprisonment of Georgian citizens detained by Russian-led forces and call for their immediate release. The deaths of several Georgian citizens who lost their lives after the de facto South Ossetian authorities denied emergency medical evacuations and humanitarian aid is deplorable. Russian efforts to discredit the EU Monitoring Mission in Georgia, which has continued its vital work even at this difficult time, must stop.